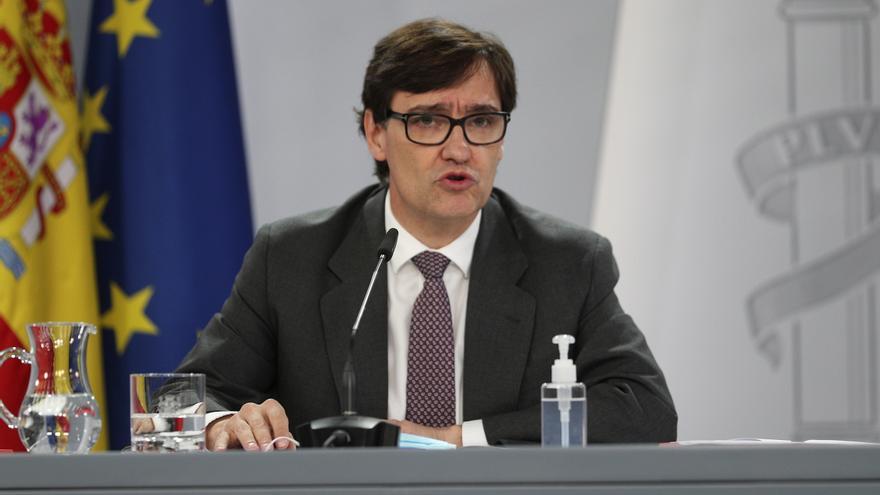 The state of alarm will remain in force in Madrid capital and eight other municipalities for the moment. The Minister of Health, Salvador Illa, has just said on Cadena SER that the state of alarm is still not going to be raised, despite the requests of the president of the Community of Madrid, Isabel Díaz Ayuso. “We will withdraw it as soon as we can, but we must see how the pandemic evolves in Madrid,” insisted the Minister of Health. This afternoon the Covid group meets to analyze the situation in the region.

The head of Health has also reported that they will appeal the decision of the Superior Court of Justice of Madrid that overthrew the perimeter closure of Madrid and nine other cities. “There have been other higher courts that have endorsed these measures, without going any further, the Supreme Court barely a week ago had endorsed confinements of a significant number of people. But given the immediacy of the bridge, we decided to adopt a very simple alarm decree that provided coverage. legal “, has indicated.

Illa has defended the intervention of the Government at the request of the regional president, Isabel Díaz Ayuso, for more time to make decisions. “We all want more time, but we have to act,” Illa argued, while pointing out that there are other communities with “worrying situations”, although not at the Madrid level, that are acting “very quickly.”

The difference with Navarra

“In Navarra it is true that there is a very high cumulative incidence, but 70% of the cases are traceable. That is, we know why it has been infected, where it has been infected and this allows us to act much more surgically. We must always make a joint assessment of the data ”, Minister Illa has compared. The data of the provincial community have worsened in recent days and new measures were announced on SundayAlthough its president, María Chivite, rejected the request for a state of alarm for the moment.

“We will have to start doing a special communicative action and if not take other measures,” the minister said about the outbreaks that are occurring in senior schools or parties among young people. “What we are seeing is that where you feel more comfortable with your loved ones is where you tend to lower the measures, more in the young population than one feels young and healthy,” he indicated.

Asked about the situation that is expected for the Christmas meetings, the minister has asked for prudence in the face of the “unstable context” of the pandemic but has recognized that if the decision had to be taken today there would be “important restriction measures” with small groups and stable partners.

Towards the end of the interview, the minister has also called for people who are in risk groups to get vaccinated against the flu. “The flu is a situation that normally stresses hospital systems.” This year the start of vaccinations has been advanced and extra doses have been purchased to combat, at the same time, the coronavirus pandemic due to the risk that both infections act together.