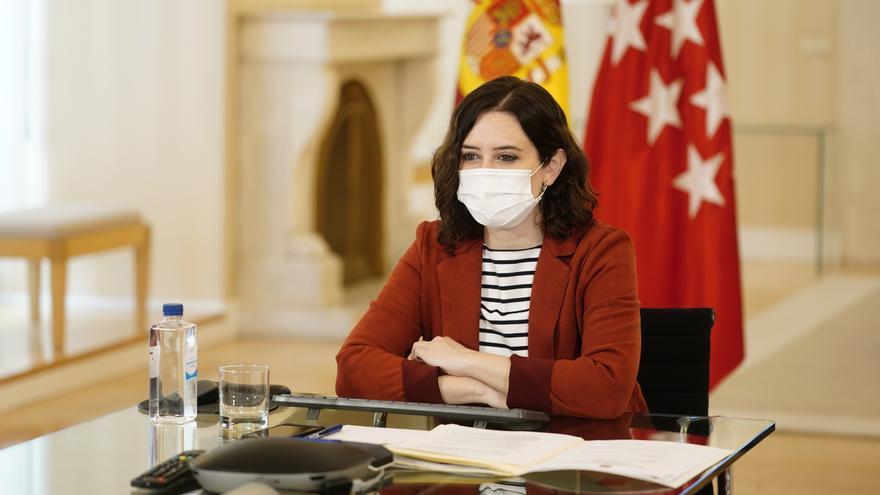 Contagions continue to grow in the Community of Madrid and mark a new record. The latest epidemiological report –which the Ministry of Health publishes every Tuesday– shows how the accumulated incidence has increased in the region in the last week, going from 970.5 to 999.5 cases per 100,000 inhabitants within 14 days. It is the indicator that regional governments use to decide new measures to combat Covid-19. In Madrid, despite the increase in the last week, the regional president, Isabel Díaz Ayuso, has already announced that she is finalizing a plan to begin to relax the restrictions. Infections also rise from 64,665 to 66,602.

Ayuso announced this Monday that on Friday he will begin to lift some of the restrictions imposed on the hospitality industry. Specifically, it will once again allow up to six people can meet on a terrace, despite the fact that the Ministry of Health reduced the number of diners to four a week ago and reported that the measure would be maintained as long as the epidemiological data did not improve. The regional president also promised to lift “as soon as possible” the curfew at 10 pm and the closure of the hotel business at 9 pm, to return at 00 am, although at the moment she has not detailed when it will.

Cumulative incidence is the indicator that serves to determine the severity of the pandemic in a region and is the one that the Community of Madrid is using, together with hospital admissions, to impose (or reject) restrictive measures. Despite the fact that the indicator has increased and that the Madrid president has warned of the British strain “it is greatly complicating health strategies in Spain and specifically in Madrid”, Ayuso will continue with his strategy of relaxing the measures, he confirmed this Tuesday while asked the rest of the autonomies “respect” for their decisions.

Madrid is the autonomy that has the most lax restrictions in the hospitality industry. In the rest of the country, the closings of these establishments vary between almost total closure to closings at 8:00 p.m. In Madrid it is set at 9 pm. The Minister of Health, Enrique Ruiz Escudero, justified expanding the number of people who can be at a table on a terrace to six, ensuring that it has been proven that when infections occur in the hospitality sector “it is usually indoors” and abroad “it falls almost 70%”.