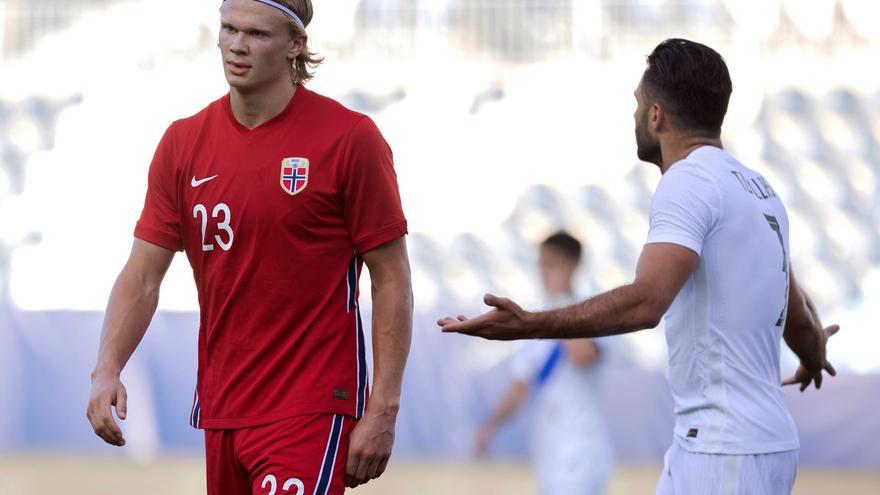 Waiting for illustrious names that mark the development of the Eurocup and stand out as protagonists of the competition, notable absences label, from the outset, the sixteenth edition of the continental tournament.

Players like Sergio Ramos, Jan Oblak, Erling Haaland, Marc Andre Ter Stegen or Virgil Van Dijk, among others, they have been left out, for various reasons, of the European event.

Especially striking is the case of Sergio Ramos, the leader of the Spanish team who at the last minute was discarded by Luis Enrique to head the mission of 'la roja'.

The captain, one of the best Spanish players in history, was left by the Hispanic squad due to his meager presence on the pitch so far this year. Weighed down by injuries and with a performance conditioned by apparent hasty reappearances, the Andalusian's physique needed a break in search of a set-up to an appointment that did not arrive.

Five official matches with Real Madrid, and not complete ones, and symbolic more than effective appearances with the national team, are the Sergio Ramos's background so far in 2021.

At thirty-five years old and with the future in the air, the Spanish captain had to get off the train of, surely, his last European Championship.

180 international matches illuminate the present of the madridista, who accumulated forced presences in the selection in its last calls in search of a historical record that, if it arrives, will have to wait.

Nothing has gone well for Sergio Ramos in this 2021 where he has had to deal with a couple of injuries and the COVID-19. And slow down. He failed to accumulate merits to strengthen the commitment to renewal with the club. And then he falls out of the Eurocup with the record in sight.

Sergio Ramos recovered but did not find adequate physical shape in time. A different case is that of Marc Andre Ter Stegen, who dropped out of the Germany team. The goal, one of the best in Spanish LaLiga, chose to have surgery Patellar tendon of the right knee.

Barcelona's goal knows his substitute status with Germany, that the good level offered in recent seasons has not been enough to snatch ownership from Manuel Neuer, the Bayern Munich goalkeeper, non-negotiable for Joachim Low.

A few days ago, Ter Stegen, from Twenty nine years and with twenty-four international matches behind him.

A personal choice of the archer of Monchengladbach that after playing for a long time with discomfort and pain, he has decided to bet on the interests of his club, Barcelona, ​​with whom he will complete eight seasons next year.

Virgil Van Dijk, for his part, prefers not to risk and finish recovering from the cruciate ligament injury that he suffered last October and that has made him miss the whole season.

The Liverpool player, considered one of the best center-backs in the world, essential for Jurgen Klopp who has missed him all year, is in the final stretch of recovery from this serious ailment.

It is the most sensitive loss of the Dutch team that will go to the European Championship without its main asset behind. Van Dijk prioritizes its set-up. Assume that, at twenty-nine, course is lost. With his team and with his selection The Breda center-back will fulfill his fifth season with the reds, where he arrived after emerging at Southampton, his first destination in the Premier.

The Swedish Milan striker seemed retired from everything and, at 39, has proven to be in full force. In the rossonero club he has returned, with success and performance, to high competition. And that led him to dust off his boots for the national team, Sweden, to which he agreed to return, five years later, claimed by the public and by the technician.

The best Scandinavian footballer of recent times announced his back to the national team last March. He was summoned then, did not clash and became a firm asset for the Eurocup.

A sprained left knee weeks ago darkened his competitive perspective. The expected recovery went beyond a month and a half, without time to extend his 118 games with Sweden in a major tournament.

It was the end of the season. Ibrahimovic He could not finish the season with his team and neither go to his fifth final phase in a European championship. They have not missed any since Portugal 2004, when they reached the quarterfinals. It was also in Austria Switzerland 2008, Poland and Ukraine 2012 and France 2016.

Oblak, the Best goalkeeper in the world he was unable to earn his ticket to the finals. Slovenia has never entered a European Championship and only twice managed to be part of the World Cup lineup, in Korea and Japan in 2002 and in South Africa in 2010.

ANDSlovenian combined l they fell short of fourth in their group in the qualifying round, behind Poland and Austria and also North Macedonia. He did not even agree to the play-off.

The Atlético Madrid goalkeeper, key in the achievement of the league title, and the least beaten once again in the competition, is on the sidelines of the European showcase with his national team, almost always out of the big events.

One of the great absentees from the competition. The Eurocup will miss the moment of the Norwegian and the player the impact generated by the tournament.

Haaland, like his compatriot Martin Odegaard, they will have rest in summer. He is almost a newcomer to the national team, with which he debuted in September 2019, in the qualifying phase precisely for the European Championship.

His brutal irruption in the high competition and his goals have not been enough to change the destiny of Norway, out of the tournament in the repechage.

The set that directs Stale Solbakken it was third in the group behind Spain and Sweden that reached the final phase. Still, he had a new chance. He played the repechage from which he was felled by Serbia.

There will be no goals from Haaland in the competition. The Borussia Dortmund forward closed the course with his team with 41 goals in as many games, an average of one per meeting. In the year of its explosion, of its consolidation in high competition, it will not be able to debut or be seen in a great event.

Video-summary of the matches of day 1 in First