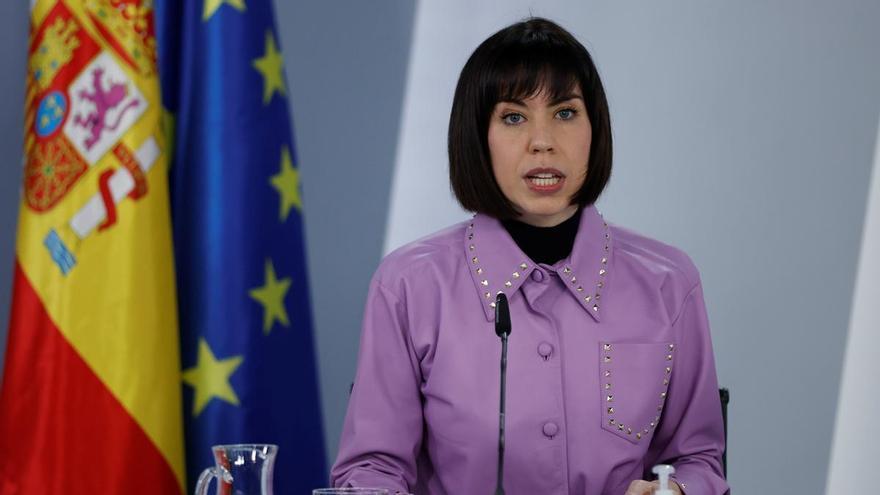 The Council of Ministers has already given the Approval for the reform of the science law in Spain; a regulation that aims give stability to Spanish researchers, reduce bureaucracy and improve knowledge transfer. The new legal framework, promoted by the ministry that he now directs Diana Morant, also deploys a battery of measures to eradicate discrimination and harassment of research centers. These are the main novelties introduced by this reform:

The great promise of this new 'Science Law' is to create a new regulatory framework for improve the working conditions of researchers Spanish people. To this end, one of the measures proposed in this draft is the creation of new hiring modalities. The first, and surely one of the most anticipated by a scientific community accustomed to chaining short and precarious contracts for years, will be the scientific-technical contracts, of an indefinite nature and that will not form part of the Public Employment Offer. There is also the creation of a new postdoctoral itineraryinspired by the Anglo-Saxon model of 'tenure track', by a minimum of three and a maximum of six years to which both professionals trained here and abroad will be able to access. The new legal framework also contemplates the figure of the 'distinguished researcher', for both Spanish and foreign scientists.

The final document has been approved by the Council of Ministers incorporates one of the labor petitions that unions and scientific societies had put on the table: the right to compensation after the end of the contract (equivalent to 12 days per year worked) will apply to both new hires and scientists contracted before the entry into force of this law. Until now, since a large part of the scientific contracts were of a temporary nature, the researchers had no right to compensation.

Shielded investment at 1.25% of GDP

The other great promise of the science law has to do with financing. The new legal framework, in fact, sets the goal of achieving stable funding for public science up to 1.25% of GDP (something that, until now, stood at less than 0.60% of the Spanish gross domestic product). According to the Science Minister, Diana Morant, the approval of this reform will shield funding for science for the first time. In total, investment in science (both in the public and private sectors) is expected to reach 3% of GDP in 2030.

The reform of the science law proposes several measures to "reduce the administrative burden" associated with research. On the one hand, the justification of subsidies is simplified and, on the other, obstacles to the management of projects of less than 50,000 euros are eliminated. Likewise, the new regulatory framework provides for "reducing or eliminating the required documentation and reducing the response times and deadlines" in the management of aid given for research.

The new legal framework will try to encourage the transfer of knowledge between research centers and the business fabric. The new law, in fact, proposes measures to encourage professionals from research centers and universities to carry out knowledge transfer activities. In addition, It also proposes a strategic line to strengthen the bidirectional links between the needs of the academy and those of Spanish companies..

the nnew regulation introduces a nuance which, in practice, will mean an improvement for thousands of researchers. From now on, scientists who wish to access a public research center will be able to submit all the experience accumulated in public institutions, universities and hospitals for evaluation.

As reported by El Periódico de Catalunya, the new science law deploys a range of measures to eradicate discrimination and harassment of research centers. The new regulation proposes applying specific plans against harassment of women and LGBTI+ people. It also calls for integrating expert gender personnel into evaluation bodies, incorporating the gender perspective as a cross-cutting category in research, and giving recognition to the presence of women in the field of science and innovation.

The reform of the science law incorporates a series of mentions about "fostering open science and at the service of society". It is proposed, among other things, to give incentives to scientists to publish the results of their research openly (that is, in an accessible format and without a 'paywall'). A strategic line is also added to "encourage and recognize" the scientific dissemination work of researchers and scientific culture units of universities and research centers. Finally, plans to develop "initiatives aimed at facilitating free access to data generated by research" as well as promoting citizen science programs to include various spheres of society in the scientific research process.

Takeoff of the Spanish Space Agency

The creation of the Spanish Space Agency, one of the great projects launched by former minister and astronaut Pedro Duque, also stands out among the great novelties of this law. This entity will be dedicated to "promotion, execution and development" of projects related to the field of "space, security and national defense". Especially in terms of the use (and development) of satellites and the management of the data obtained from this activity. These tasks, according to the document, will be carried out in full coordination with the European Space Agency (ESA) and other international organizations.

The launch of this project, according to the new regulations, will be approved within a maximum period of one year, when the Government approves the statute of the Spanish Space Agency together with all the ministries involved in its work.