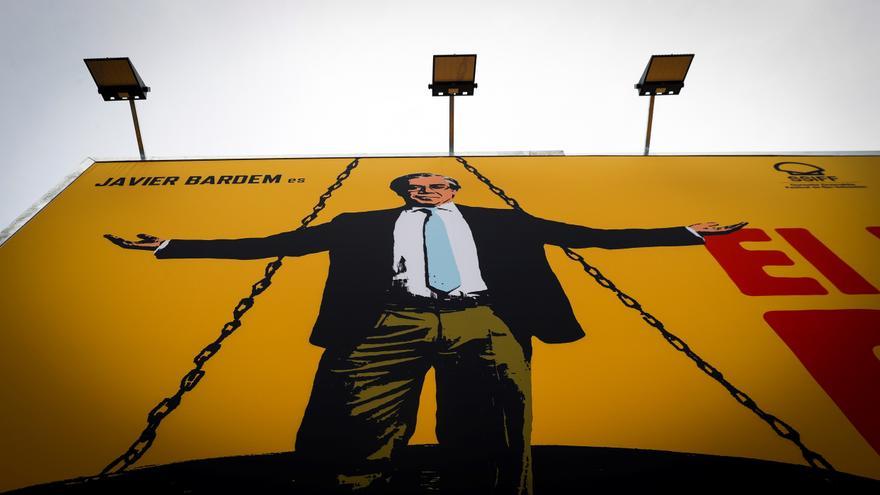 San Sebastián, Sep 16 (EFE) .- The San Sebastián International Film Festival celebrates its 69th edition this year, still with restrictions due to the pandemic -the mandatory mask will be its maximum exponent-, again without a red carpet, but with a overwhelming cinematic programming.

The still 60-year-old festival (next year it will already be 70) seems to have charged the cells with lithium batteries, in such a way that its exhibition this year could be placed, probably, in the “top ten” of the best in its history , including their awesome birthdays.

If we talk about screenings, even though the capacity will be restricted to 50% in the Kursaal, Victoria Eugenia Theater and Principal Theater – in the rest (Tabakalera, Trueba, Príncipe, Antiguo Berri), at 60% – the festival maintains all its sections, with more than 500 passes and many other parallel activities, including industry forums, workshops and meetings.

But if we talk about personalities that will be present in Donostia, the list is insurmountable, as is the quality of the films that come to present, both in the official competition and in the Perlas exhibitions, or the surprises of the Zinemira, Zabaltegi or Culinary Not to mention the powerful rising stars of New Directors.

Pedro Almodóvar and Penélope Cruz will present “Parallel Mothers”, which comes exultant from Venice -Volpi Cup for the actress, in addition-, and Javier Bardem returns with Fernando León de Aranoa in another of his impressive transformations, this time in “The Good Patron” .

But there will also be the Donostia 2021 Awards Marion Cotillard and Johnny Depp; She, indisputable, he with reservations for the complaints of mistreatment of his ex-wife, although, as there is no harm that does not come, his controversial choice has served to open debates that are always necessary, more in a festival like this that always gives the face.

Directors like Laurent Cantet (“Arthur Rambo”), Lucile Hadzihalilovic (“Earwig”) or Claire Simon (“I Want to Talk about Duras”); Manuel Martín Cuenca (“The daughter”), Paco Plaza (“The grandmother”), Icíar Bollaín (“Maixabel”), Jonás Trueba (“Who prevents it”) or Daniel Monzón (“The laws of the border”).

Even Carlos Saura participates with a committed five-minute short and Alejandro Amenábar, with his first television series, “La fortuna”, a historical drama that the director of the festival, José Luis Rebordinos, would have liked to put in the official competition.

In fact, in the presentation of the Spanish productions of the festival, the Basque director dropped that this would be a good objective for the next editions, he would have liked already, he said, that “Anti-riot” by Rodrigo Sorogoyen, which was presented in Donostia, I could have competed in the official section.

And we must not forget the appointment with the public of Paolo Sorrentino, who arrives in San Sebastián after winning the Grand Prize of the Jury of the Mostra for “It was the hand of God”, to offer a master class and present this latest film.

There will also be prominent presences at this year’s Pearls -the section that gathers the best of other festivals-, with the screening of “Official Competition”, which brings together Penelope Cruz, Banderas and Oscar Martínez.

In addition to “Titane”, the winner of the Palme d’Or, directed by the French Julia Ducournau, a thirty-year-old who has invented a new cinematographic language and who will be in San Sebastián, as well as the director of the magnificent “The Florida Project”, Sean Baker, presenting “Red Rocket.”

Despite the mobility problems, which have prevented director Zhang Yimou (who competes with “One Second”) from coming to Spain, there will be Asian representation with the huge Japanese director Ryusuke Hamaguchi, who participates twice: “The roulette of the Fortune and Fantasy “and” Drive My Car “.

“These are operations that take months to close,” said Rebordinos, in a year in which it is being “especially difficult” for Asians to attend. On the other hand, there will be many more Latinos, a reinforcement of the festival’s always-on top bet with Latin Horizons.

Without forgetting the gifts that Zabaltegi-Tabakalera reserves: “Eles transportan a morte” by Helena Girón and Samuel M. Delgado, awarded at the Venice Critics’ Week, “Heltzear” by Mikel Gurrea, on the tail end of the conflict Basque, or Gaspar Noé with “Vortex”.

In addition, we will have to pay attention to a handful of young directors who excel with their first or second film such as Alina Grigore (Blue Moon) or Laura Wandel (Playground), who received the Fipresci Award at Cannes and who will give a master class at Nest ( what was previously called an international meeting of film school students and which is giving excellent results).

For yet another year, Donostia Zinemaldia, SSIFF in its acronym in English, proposes – in the words of Rebordinos – “a cinematic experience as pleasant as possible in a safe space”. Nothing more and nothing less.