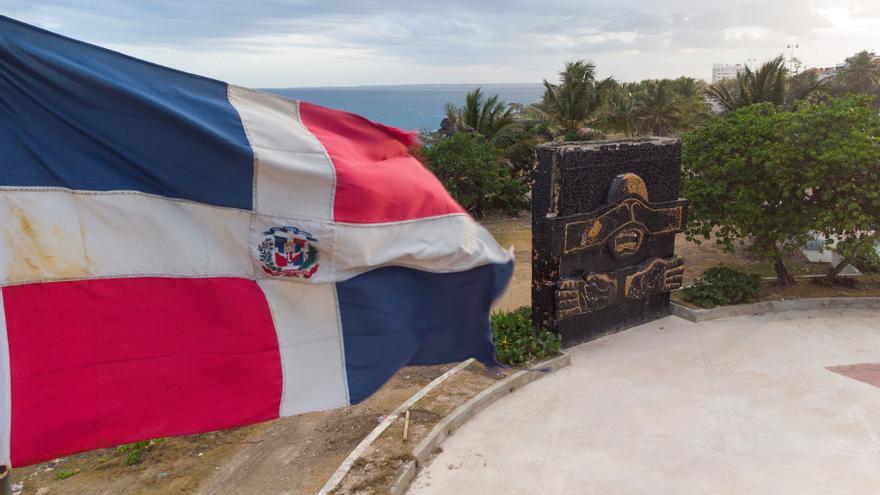 Santo Domingo, May 29 (EFE) .- If the stone spoke, a secluded granite bench in the courtyard of the Memorial Museum of the Dominican Resistance would tell how one of the most transcendent events in the country’s history was prepared, the assassination of the bloody dictator Rafael Leónidas Trujillo on May 30, 1961.

Many nights he gave seats to Antonio de la Maza and Juan Tomás Díaz, two of the men who devised the plan to kill the tyrant: the “execution”, as the plan carried out by the so-called “Heroes of May 30th is known. “.

THE HEROES OF MAY 30

The group was made up of Antonio de la Maza himself, Antonio Imbert, Amado García Guerrero, Salvador Estrella, Huáscar Tejeda, Pedro Livio Cedeño and Roberto Pastoriza, suddenly gathered after another of the conspirators, Miguel Ángel Báez, confirmed that Trujillo was I’d put them in range that night.

Sixty hits received the blue Chevrolet of Trujillo, seven the body of the dictator.

That day was Tuesday, but it was Wednesday when the tyrant used to pass through that place, so there was some haste in the execution of the plan.

The attackers were distributed in three vehicles, the first had the mission to initiate the attack and the other two had to intercept Trujillo’s car. As he passed by the executioners, the shooting and a chase began, leaving one of the cars behind.

In the middle of the shooting, with the vehicles already stopped, the conspirator Pedro Livio Cedeño went to the dictator’s car but, when he opened the door to get him out, Trujillo fired and hit him in the belly with a shot that threw him backwards.

From the ground, Cedeño could see how the satrap, despite being badly injured, managed to get off and walk “stumbling.” Then he shouted: “Huáscar, he is leaving, throw the car on him!”, And that’s how it happened. Trujillo fell to the pavement. “This guaraguao (bird of prey) does not eat any more chicken,” said Antonio de la Maza after finishing him off with a shot to the chin, according to Tejeda’s account.

In the days that followed, the men who killed Trujillo and others involved in the plot fell into the hands of the regime forces, who either killed them or subjected them to torture.

A doctor who examined Huáscar Tejeda said that in his body there was not a single space that was not swollen or bruised. It is too painful for your child to describe these torments. He stops his story, strangled with emotion.

Carlos Báez does list those horrors, collected in the book “En las claras del terror”, which his father wrote after suffering them in his own flesh: African ants, electrodes in the testicles, the torture, to hang people; the bull limb, to strike. And, of course, the electric chair.

The conspirators Huáscar Tejeda, Roberto Pastoriza, Salvador Estrella, Modesto Díaz, Luis Manuel Cáceres and Pedro Livio Cedeño, were executed on November 18 at Hacienda María, in Nigua, San Cristóbal, by order and with the participation of Ramfis Trujillo, son of the dictator, who returned to the country from France as soon as he learned of the assassination.

To hide the death of the heroes “they made a simulation that they had escaped.” They even “killed three prisoners” to give credibility to their version (…) “That is how the perversity came,” laments Tejeda.

The execution of Trujillo fulfilled its mission. In the first place, “the tyranny was beheaded, which was the primary objective, there was no other way out” from the dictatorship, says Tejeda.

Second, and “although not immediately, a council of state was formed,” which led to the third achievement of holding free elections in 1962, which was won by Juan Bosch.

However, despite the terror that raged in the Trujillo era, “there are many nostalgic people” of the regime, points out Báez.

“With social networks, many Trujillistas want to distort history, twist it, make revisionism” to “capture naïve people who have not had the necessary education. But, more and more, the truth prevails and the people of May 30 come out to shine, “he says.

In this sense, he praised the initiative of President Luis Abinader to declare that date as Freedom Day. “It is very important that, 60 years later,” justice be done for the people of May 30 who blew themselves up for the freedom of this town. ”