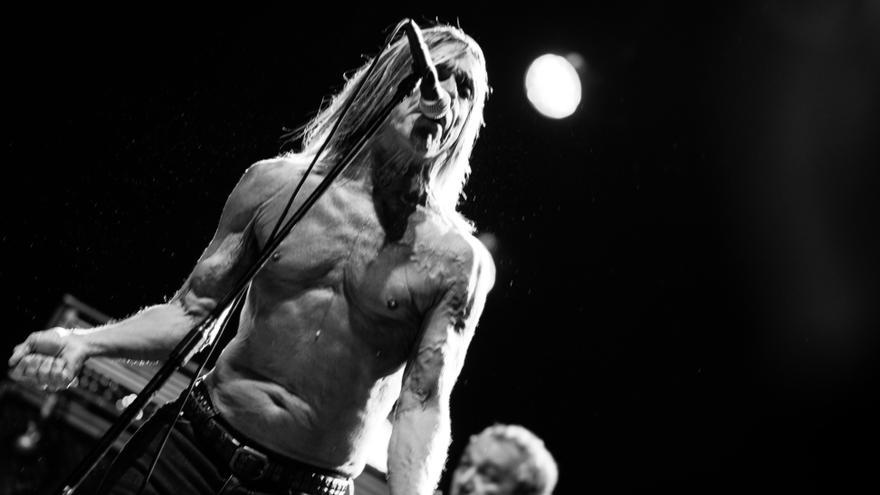 James Newell Osterberg, the legendary Iggy Pop, will be the star of the 57th edition of San Sebastian Jazz Festival, where he will perform on July 23.

The incorporation of “La Iguana” It has been the great surprise of the presentation of part of the Jazzaldia programming, that of its two main stages, advanced this Tuesday at a press conference by its director, Miguel Martín, and by the Councilor for Culture of San Sebastián, Jon Insausti.

Iggy Pop, who performed at the Anoeta Sports Center in January 1991, will return to San Sebastián to play at the Kursaal center at 6.30 p.m. a recital in which he is expected to cover a large part of his long rock career.

It was the musician himself, as Martín has commented, who was interested in visiting San Sebastián and, in principle, he intended to do so with the proposal of his latest album, ‘Free’, further away from its wildest stage and that the festival director has defined as close to the latest works of Lou reed.

However, two months ago Iggy Pop representatives alerted Jazzaldia that Iggy Pop “was thinking about it” and that the concert did not have to stick to the style and content of that albumInstead, the musician considers reviewing his entire rock career.

In addition to this concert, the Jazzaldia organization has announced new names, in addition to those of Diana Krall, Hiromi, Yean Tiersen, Calexico, Kurt Elling and Gregory Porter, already advanced on November 8.

On the stage of the Plaza de la Trinidad, the most emblematic of the festival, the program will open on July 22 two Japanese pianists, Miho Hazama, which will be accompanied by a Big Band of Musikene students, and the famous Hiromi, “one of the great stars of jazz” today, in the words of Martín.

On the 23rd the square will host a Qualified session of “super adrenaline” by Martín, with the saxophonists Steve Coleman -one of the “favorite” musicians by Jazzaldia- and with the “eccentric” Louis Cole, a drummer who also sings and plays keyboards and bass.

Martín recalled that, again this year, the entries in the Trinidad will be numbered and with the entire audience seated, at least until Cole’s performance. “Then we’ll see”, has warned.

Amina Claudine Myers and singer Kurt Elling will star in the concert on July 24, while the closing on July 25 will be carried out by the saxophonist Lakecia Benjamin and vocalist Diana Krall, another of the great figures of Jazzaldia 2022.

Calexico will perform at the Kursaal on July 21, Gregory Porter on July 22, Iggy Pop the next day, Yann Tiersen on the 24th and will close on the 25th Herbie Hancock, a musician who was announced for the 2020 and 2021 editions and who in both cases had to cancel his trip due to the covid-19 pandemic.

Jazzaldia is “optimistic” and works with the idea of ​​recovering all the spaces lost by the covid, including Zurriola beach, where they intend to install the so-called ‘Keler ‘stage, which will host the free and massive concerts, as long as the pandemic situation allows it.

The tickets for the concerts of the Kursaal and the Trinidad go on sale today.