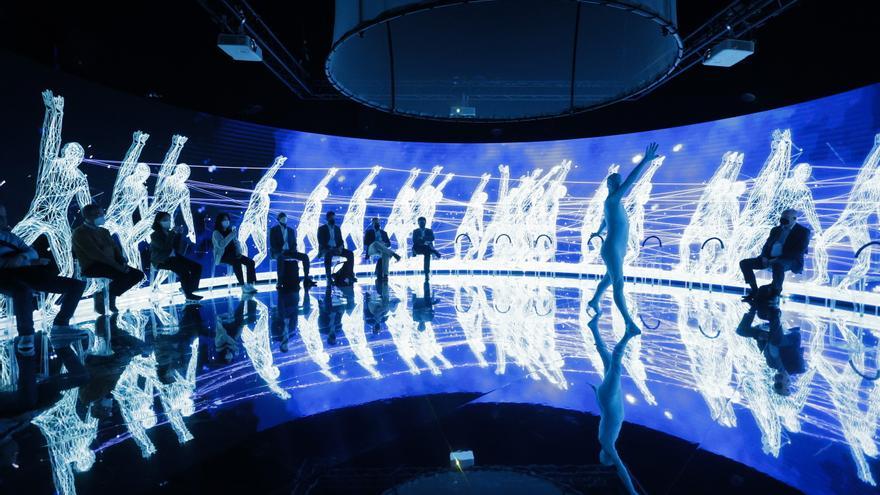 The edition of this Mobile World Congress 22which began this Monday, brings little news in mobile phones, although important advances will be seen in terms of integration of products in broader smart ecosystems, both home and professional, plus speed operational and performance -since 5G becomes popular in most ranges, even the most accessible ones- and improvements in the cameraespecially in the field of video recording, which makes them even ready to make movies, a modality that has already been popularized by the iPhone 13 presented last year.

The improvements in the resistance and flexibility of the screens, as well as advances in the turning hinges, illuminate models such as the Find N a product that will show the Oppo signature at the MWC. In this device the panel fold is invisible and does not produce distortions in the image. The opening movement is as smooth as the joints of the human body. The user can drive an extended panel of 7.1 inches or reduced it by 5.49 inches. The first option offers a screen ratio of 8.4:9, while the second is comparable to the rest of conventional smartphones.

The recent phones Google, the Pixel series 6will be present at the congress. They stand out for the optimal level of security that the firm has implemented in them and that it will be kept updated for 5 years. Regarding the new Pixels, it should be noted that in the latest security analysis reports carried out they have obtained the highest ratio. The operating system is focused on protecting user privacy and transparency, and that goes for the chipset of the devices as well. Titan M2 is the most secure processor that Google has integrated into the Pixel 6 and 6Pro.

All brands are betting on manufacturing equipment that consumes fewer resources. In this context we will see in MWC the creations of the firm Realmethe mobile GT2Pro, made in collaboration with designer Naoto Fukasawa. It provides a design inspired by paper and will be the first terminal on the market made with biological polymer. It has a 6.62-inch AMOLED screen with a refresh rate of 120 Hz and the chosen chip is Qualcomm's top of the range, the Snapdragon 888. It is compatible with 5G networks, which provides high speed and performance. .

A good example of the evolution of mobile cameras to capture excellent moving images, under any light condition, which can be seen at the MWC is the series Samsung S22 and especially the Ultra model that in its camera system, in addition to a 40-megapixel front lens, provides a 108-megapixel main lens, a 12-megapixel ultra-wide angle lens and two 10-megapixel telephoto lenses, one with a three-fold optical zoom and the other, 10x magnification. Cinema.

Xiaomi will present several novelties at the congress that will highlight its well-deserved recognition in devices with excellent value for money, and also its innovative capacity in artificial intelligence (we will see a spectacular four-legged domestic robot, the cyberdog) and mobile phones with quasi-professional cameras from more than 100 megapixels. highlight the 11T Pro with a Snapdragon 888 processor that favors speed and connectivity, to make this mobile a real tool for leisure and work.