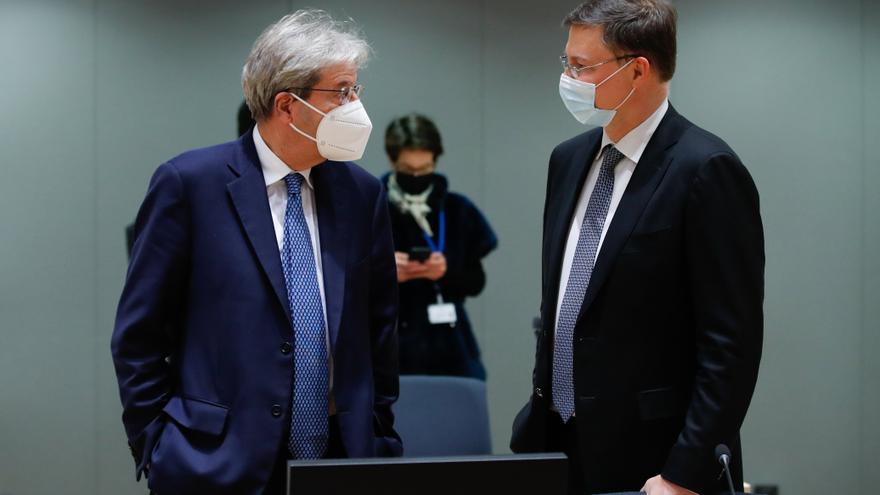 All 27 have agreed to give states more freedom to apply reduced and zero VAT rates. The Ecofin this Tuesday in Brussels, the meeting of EU finance ministers, has reached an agreement to update the EU rules on the rates of value added tax (VAT). “The new rules will reflect the current needs of the Member States and the political objectives of the EU, which have changed considerably since the previous rules were established,” say the 27. Thus, “the updates ensure that Member States are treated by the same and that they be given more flexibility to apply reduced and zero VAT rates. ”

At the same time, the legislation will align VAT rules with common EU priorities, “such as combating climate change, supporting digitization and protecting public health. The European Parliament must now be consulted on this text. final “, explains the European Commission.

What VAT can Member States apply to the goods included in the updated list? “Member States will continue to apply a standard VAT rate higher than 15%”, explains the European Commission: “However, now they will also have the possibility of applying two reduced rates as low as 5% to goods and services in up to 24 categories included in an updated and modernized Annex III to the VAT Directive. A reduced rate of less than 5% and an exemption (“zero rate”) can now also be applied to up to seven categories from the list that are considered to cover the basic needs, such as foodstuffs, medicines and pharmaceuticals. ”

The current EU rules on VAT rates are almost thirty years old “and urgently needed modernization given the evolution of general VAT rules over the years,” explains the Community Executive, who proposed a reform in 2018.

According to the agreement reached this Tuesday, the list of goods and services (Annex III of the VAT Directive) to which all Member States can apply reduced VAT rates is updated. New products and services added to the list include those that protect public health, are good for the environment and support the digital transition. Once the rules come into force, Member States will also be able to exempt from VAT for the first time certain listed goods and services that are considered to satisfy basic needs.

In addition, it is planned to eliminate by 2030 the possibility for Member States to apply reduced rates and exemptions to goods and services considered harmful to the environment and to the EU’s climate change objectives.

Likewise, exceptions and exemptions that were now in force for historical reasons in some Member States are made available “to all countries, in order to guarantee equal treatment and avoid distortions of competition”, the 27 explain: “However , existing exceptions that are not justified by public policy objectives other than those that support EU action on climate must end by 2032 “.

According to the European Commission, the new rules are backed by a prior agreement to move the EU VAT system to one in which VAT is paid in the consumer’s Member State and not in the supplier’s Member State: “This guarantees that a greater diversity of rates (as agreed on Tuesday) is less likely to disrupt the functioning of the single market or create distortions of competition. At the same time, it also prevents the proliferation of reduced rates, which would jeopardize the Member States’ ability to raise revenue in the post-COVID-19 era. ”

The Community Executive recalls that “in the coming years, the Member States must continue their efforts to guarantee a sustainable recovery after the COVID-19 pandemic and invest intensively in the ecological and digital transitions, and the protection of public revenues is especially important This is the reason why the updated legislation also specifies the minimum level of the reduced rates, as well as the maximum number of Annex III goods and services to which the Member States can apply these rates (see the document of Q&A for more details) However, for the first time, Member States will also be able to apply a reduced rate of less than 5% or exempt from VAT to a small number of items on the list. ”

Based on this agreement in the Council of the EU (the Governments), the updated rules will be sent to the European Parliament for consultation on the final text no later than March 2022, according to Brussels. Once formally adopted by the Member States, the legislation will enter into force 20 days after its publication in the Official Journal of the European Union, which will allow Member States to apply the new system from that date.

Paolo Gentiloni, Commissioner for the Economy, said: “The unanimous agreement reached today to modernize the rules governing VAT rates is excellent news. This result of marathon negotiations shows that, where there is a will, there is a way , and this is the European way. Member States will have more flexibility in allowing their VAT systems to reflect national policy choices, while ensuring consistency with common European priorities: green and digital transitions, and thus of course, the protection of public health “.