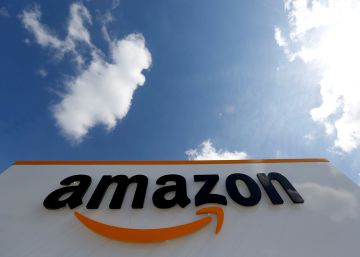 The idea 25 years ago was crazy. They were the beginnings of the Internet. Only privileged people had access to the network in their jobs or in their homes, not to mention how slow it was to connect and navigate the portals. Computers were real contraptions and mobiles began to be used in ordinary life. But Jeff Bezos he understood that in that parallel universe he could do business, he left his shark job on Wall Street and with that now it's his ex-wife, McKenzie, created in a garage in Seattle the octopus that is known as Amazon.

The e-commerce company was officially registered on July 5, 1995. The portal, rudimentary at that time, began selling books and electronic items. Hence, as Internet users grew exponentially in the United States, it expanded to the point of transforming the way consumers shop around the world. And in that process, Bezos became the greatest fortune on the planet.

The story tells that the American, 55, created the company with an initial investment of $ 10,000. To provide itself with liquidity to finance its expansion, it decided to make the leap to Wall Street two years later, with an initial market value of 300 million dollars. Part of his business strategy was based on reinvesting all the money he earned in feeding his own growth, to expand the reach of his tentacles. The benefit was practically zero until 2015.

Amazon now sells everything. From a simple plug to charge the phone, sneakers and furniture, items for baby care, to a kind of igloo to read in the garden without being bitten by mosquitoes in summer. Among the companies it controls are the supermarket chain Whole Foods, Zappos, Audible or Ring. The large electronic bazaar also offers your own audiovisual content and dominates the data management business.

Jeff Bezos changed purchasing psychology in the same way Sam Walton did with Walmart. The big hypermarket chain Now follow his steps to be able to compete and survive. Amazon's success, in fact, was escalating at the same pace as the criticisms against its voracious business model. The presidential candidate Elizabeth Warren he believes that he has accumulated so much power, that he argues that it should be split. Before they did Donald Trump and Bernie Sanders.

Amazon has a market capitalization close to one trillion dollars. Last year it recorded revenues of 232,900 million. That turnover gave him a profit of 10,100 million, triple that of a year before. Half of the billing is generated by the electronic commerce portal. Almost a fifth of its turnover is obtained with logistics services to third-party vendors. Although the most profitable and growing unit is Amazon Web Services.

The power of Amazon is, as in Alphabet and other titans in the Internet era, in that it has a very diversified business. It is also a machine to generate cash that can satiate the vision of Bezos, which does not matter to risk in the search for new opportunities for growth. Although what explains the success of the platform is its logistics infrastructure. Recently announced the purchase of 15 aircraft to expand its fleet.

Amazon is, in short, an ecosystem that enters the daily routine of the consumer since the voice assistant Alexa He sounds the alarm until he turns off the lights at night when he goes back to bed to sleep. A radical change if you think that 25 years ago the computer was used to read email or that there was not a reliable system to make payments on-line. Pizza Hut allowed you to place orders through its portal, but you had to pay in cash.

Even the White House did not have its own portal on the Internet. Few, like Bezos, will go down in history as one of the great pioneers in the era of the new economy. Amazon was groundbreaking and its power is now its main enemy. In addition to the attacks against its size, working conditions in their logistics centers, the enormous fortune of his employer or the fiscal tricks, he is pressed to contribute more to the battle against climate change.