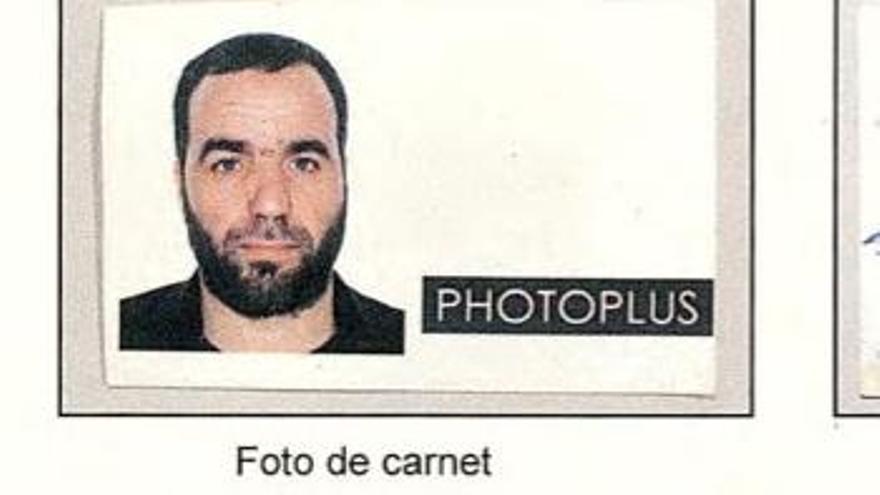 The trial of the 17-A attacks has delved into a key figure of the terrorist cell and on which several questions hang. The first session of the week has highlighted the ease with which a mosque in Ripoll hired Imam Abdelbaky Es Satty, spiritual leader of the group of young jihadists, in contrast to the problems he had in Belgium, but has not allowed to specify how Es Satty arrived in that country.

The different filters of the mosques of Ripoll and Diegem (Belgium) when hiring Es Satty have been exposed by those responsible for both religious centers in the trial at the National Court. In Ripoll Es Satty was enough with his ID. On the contrary, he was unable to obtain from the Belgian authorities the “certificate of good conduct” – equivalent to the certificate of criminal record and necessary to practice – that the president of the Youssef de Diegem community, Soliman Akaunchouh, had claimed from him, which led to his dismissal from the mosque.

As explained by Akaunchouh, in early 2016 the mosque was left without an imam and contacted other temples in the area to find out if they knew of any candidates. The witness has not recalled who introduced him to Es Satty, who spent between three and four months on trial at Diegem. When he wanted to hire him indefinitely, Akaunchouh asked Es Satty for a criminal record certificate, but according to the head of the mosque the imam “was unable to fill out the papers.” On Es Satty weighed a firm conviction for drug trafficking that he had completed in 2014 in Castellón.

“He told us that he had had a problem obtaining the certificate, but we told him that without papers we would not hire him because there were laws that we had to respect,” Akaunchouh explained. End of story. Es Satty left without insisting further. The Belgian mosque also breathed after shaking off the imam: according to Akaunchouh, Es Satty made a radical speech during the prayer that left the president of the community discontented and led him to place him “in Salafism”, an extreme current of the Islam.

In addition to disliking his speeches, Akaunchouh also did not trust Es Satty, whom he has described as a character “who first shows one face and then another.” He has recounted an episode in which, after Es Satty had a telephone conversation, the imam told him that he had just spoken “with secret agents in Spain”, which motivated Akaunchouh to contact the Belgian Police and to distrust the imam even more.

Quite the opposite happened when Es Satty returned to Spain after his experience in Belgium and contacted the Annour de Ripoll community, which was looking for an imam. Es Satty had already worked in Ripoll after being released from prison, which expedited his recruitment by the Annour community, according to its president, Ali Yassine. They did not ask for a criminal record certificate or similar document. “It costs a lot to find an imam, then you have to find a flat for him. He was there, he didn’t have a job … we told him to be an imam and he said yes,” Yassine explained. To this day, candidates to exercise imam are not asked for a criminal record certificate, despite the request that the Islamic Commission of Spain made after the attacks for the police authorities to send them the possible records of the imams.

After the attacks of 17-A, in Ripoll they also realized that the imam had a double life. “It gave us two faces: one inside the mosque, where everything was normal and ordinary speeches, and another outside,” said Yassine, who has stated that she never saw the young members of the cell with Es Satty inside the mosque. In fact, he has maintained that the young people could not even write well in Arabic and did not know Islam well. His radicalization by Es Satty took place in the Alcanar house that exploded and in the surroundings of Ripoll.

Es Satty announced in July 2017 to those responsible for the mosque that he was going to Morocco for three months, according to him to work as a transporter. In fact, he went to his country on the last trip to see his family before returning to the Alcanar chalet with the disciples he had indoctrinated with and with whom he wanted to perpetrate a great massacre with explosives at the Camp Nou or the Sagrada Familia. The accidental explosion one day after the Rambla attack thwarted his plans and ended his life.

The attempted radicalization in Castellón

In this Monday’s session the two young converts from Castellón have also declared that Es Satty tried to radicalize after getting out of jail in 2014. The first witness has defined the imam as “a paranoid” on constant alert to have control of the Castellón mosque. “For him any non-Muslim person deserved to die,” recalled the witness, whom Es Satty, according to his version, justified attacking Spanish supermarkets. For this witness, Es Satty also had a “double face”: in the Castellón mosque the imam never reproduced the radical speeches he made to him in private. He immediately cut off contact with the magnet. Es Satty did maintain contact with another young man converted to Islam from Castellón, who came to visit the chalet in Alcanar. “He did not try to recruit or indoctrinate me to attack Christians, but he said that DAESH was the only form that Islam had,” the witness explained.