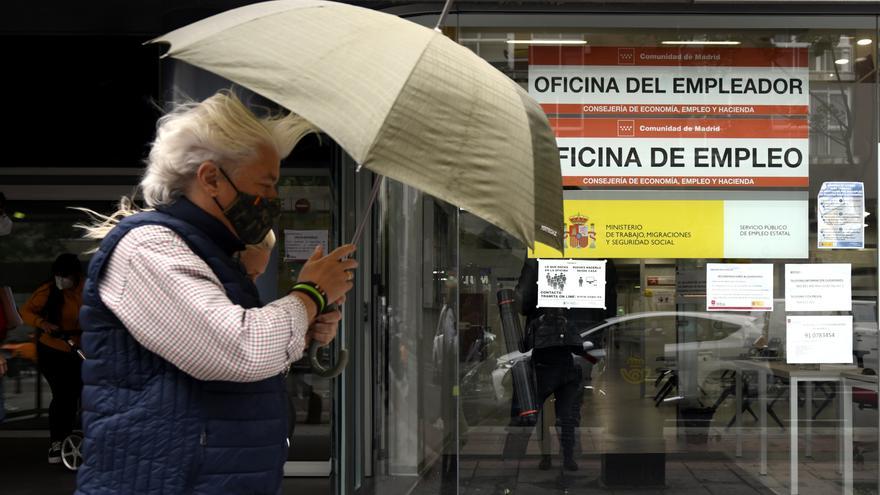 The General State Budgets put black on white which policies governments are going to implement (or intend to do so). Beyond the statements, the figures place the political bet in each game. In labor matters, the public accounts project specifies the rise in pensions and their estimated expenditure for the year, the support to Social Security to pay for them, the disbursement in active employment policies and unemployment protection, among others. Starting with pensions, the largest item of expenditure, the project includes the general increase of 0.9% and double, 1.8%, for non-contributory pensions, “as a consequence of the special protection to be provided to beneficiaries of these benefits due to their situation of vulnerability “.

As every year, most of the social spending of the General State Budgets is destined to the payment of pensions, with a total amount of 163,297 million euros, 3.2% more than this year. In total, it represents 42.4% of total expenditure for 2021. The expenditure is estimated taking into account both the increase in pensions and the forecast of the arrival of new pensioners.

The Budget project expressly contemplates the maintenance of the so-called “pay” of pensions, so that if the average CPI for the months of December 2020 to November 2021 is higher than the estimated (0.9%), pay pensioners the difference “before April 1, 2022 and in a single payment”.

Current transfers from the State to Social Security grew by 83.3% compared to the 2020 base budget, reaching 31,177 million euros. The minister spokesperson and head of Finance, María Jesús Montero, explained that “for the first time a transfer will be made to Social Security” to supplement its cash and that the State already assumes part of the so-called “improper expenses”, as recommended the Toledo Pact, with an item that amounts to “13,929 million euros”. Among these improper expenses are paternity and maternity leave (2,784 million) and deductions in contributions (1,779 million).

Public employees will see their salaries rise 0.9%, as announced by the Government, to maintain purchasing power next year, taking into account the inflation forecast. According to the public accounts, the expenditure on personnel of the public employees of the State and its agencies will reach 25,018.4 million euros next year.

The Budgets detail that “it is necessary to highlight the increase in the provisions for the transfer to Social Security in 1,517 million to finance the minimum vital income, for non-contributory pensions in 102 million and that destined to humanitarian attention and migrations with an increase of 58 million “.

20% of funds for unemployment protection

The General State Budgets for 2021 greatly increase, by 20%, the heading of Unemployment policies, which amounts to 25,012 million euros, “being one of the policies to which more resources are allocated”, highlights the project .

The item aims both to cover unemployment protection for people who are left without work, as well as the allowances for the benefit received by workers in ERTE until January 31 and the self-employed protected by the cessation of activity benefit. Sources from the Ministry of Labor insist that both measures will be maintained beyond that date if necessary, “as has happened this year” in which they did not have a budgeted item either, but that for the moment the Public Accounts include the item with this forecast.

In this chapter, the increase in the IPREM by 5% is also very important, a key indicator for the calculation of numerous subsidies (such as unemployed people over 52 years of age) and social assistance. This is the first increase since 2016, which rose 1%. In the last decade, this index has been practically frozen, preventing the improvement of benefits and aid received by vulnerable groups. As explained by the Secretary of State for Budgets, this increase in the IPREM represents a cost of between “410 and 430 million euros”, depending on the number of beneficiaries of aid linked to this indicator.

The item to finance the Promotion of Employment, the so-called active employment policies, amounts to 7,405 million euros, with a growth of 29.5% compared to 2020. These policies are the set of programs and measures for guidance, employment and training for employment, aimed at improving the possibilities of access to employment, which is why they are very important at a time like the current crisis, in which unemployment is increasing and part of the people in ERTE may end up losing their employment and have to reorient their work life. These 7,405 million are made up of a part of 6,211 from national funds and another of 1,194 from EU funds through the Recovery and Resilience Mechanism.

In this type of policy (those financed with national funds) there are two main lines of action: policies of “insertion and incentivization of hiring”, with a provision of 3,331 million in these budgets, and “professional training for employment” , with 2,771 million. “The rest of the credits of this policy correspond to expenses of operation and promotion of the social economy”, explain the accounts.

Of the 3,331 million for insertion and incentive for hiring1,655 million are allocated to bonuses for companies that hire different profiles, such as “people with disabilities or at risk of social exclusion, over 45, victims of gender violence or young people, among others.” In total, the government estimates that 684,000 people will benefit from hiring bonuses.

There are also 526 million to promote professional guidance in public employment services, which represents an increase of 64.6% compared to last year. A program will be provided to reinforce the Autonomous Public Employment Services in orientation and prospecting for employment, amounting to 83 million euros, through which the communities are expected to “keep or hire 2,864 people dedicated to job orientation and prospecting tasks “.

According to the Vocational training for employment, endowed with 2,771 million, the item represents an increase of 21%, 1,865 million euros are allocated in the SEPE budget and another 906 to the Ministry of Education and Vocational Training.

On the other hand, the Shock Plan for Youth Employment is endowed with 663 million for 2021, with which it is intended, among other measures, to increase the permanent hiring of young people by 15% per year and reduce the youth unemployment rate until 23 , 5%, among others.

The 1,194 million euros from EU funds will mainly be used to promote youth employment (355 million), for new territorial projects for rebalancing and equity in the SEPE (315) and the digital and productive transformation in the SEPE (298), among other items.