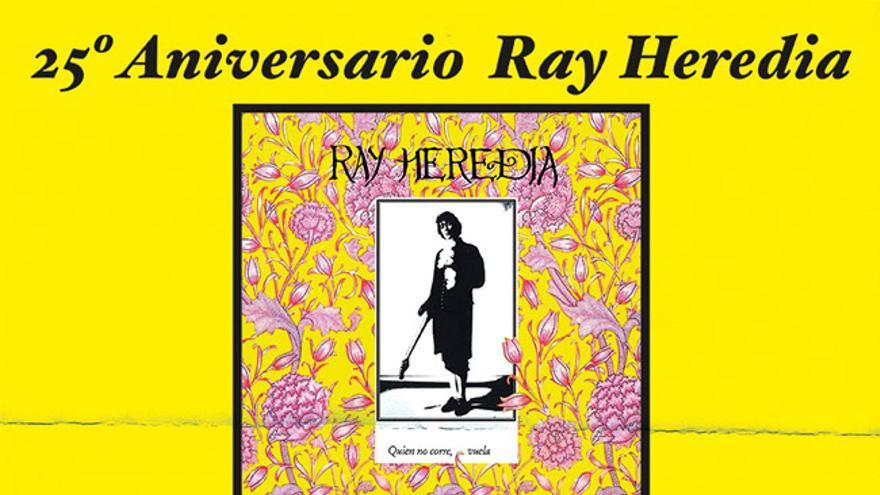 Thirty years ago, at this time, in some studios located in the Barrio del Lucero, one of the most important albums of what was called Nuevo Flamenco was being finished; an autochthonous current that owed its influence to the mixing of flamenco with other types of music, but without losing its essence.

In this way, touches of rock, blues or salsa came to color the rhythmic patterns of our deepest music. Groups like Pata Negra or Ketama were pioneers of this trend. Ray Heredia came out of the first division of the Ketama group, ready to go down in the History of Flamenco with capital letters. To do this, he entered Musigrama studios and recorded “Quien no corre vuela”, a work where rock, pop, salsa and Italian melody were felt on the flamenco base. With his album, Ray Heredia fulfilled the revolutionary mission of turning original music upside down. He succeeded with a handful of good musicians, artists whose epicenter would be the Rastro de Madrid and who would see their music recorded on acetates from the Nuevos Medios factory.

Mario Pacheco put a label, price and barcode on the tasty movement that he himself baptized as Los Jóvenes Flamencos. It was the last move or, better still, the only legitimate move, since it was born in the streets, far from offices and institutions, having a genius promoter such as Antonio Benamargo. To put it in some way, Antonio Benamargo activated the current and Mario Pacheco put the pasta, the parné, the jurdeles, as well as the exquisite taste when producing and presenting the merchandise. The latter is something to keep in mind, since Pacheco was far above the vulgarity of the music industry in our country. He was the finest and, therefore, most international producer of the phonographic filth of the times.

Returning to the personal, I confess that there are many things that I owe to life, among others being close to all that; as close as 30 years ago I was walking around Musigrama, sitting at the sound table next to technician Juan Miguel Cobos, while on the other side of the fish tank Ray Heredia completed his album, clapping hands, electric bass, guitars, percussions and whatever to get ahead of him. Because Ray Heredia was a real musician. Complete and genuine like the solo.

He would take any melody and take it to his field, expressing it like no one had done so far. With the album “Quien no corre vuela” he fulfilled his mission in life. A handful of good songs, without waste, with a final tribute to his elders; a Caracol fandango in his father’s voice with the touch of his brother-in-law Enrique de Melchor.

It was an unrepeatable time in which Madrid was too small for many of us. We ate life by fists and from that time there is a beautiful memory of intense moments in the Musigrama studios, in the bars of Echegaray Street or in the Villa Rosa that the other day closed, the fault of this pandemic that is devastating all the good things before the elusive gaze of the staff who work, or have them work, in our institutions. If 20 years is nothing, 30 years is even less. Sometimes I throw my hand back and I can play those times of joints and roses that today we have to bring here with an album that is still valid; an album that for many years to come will always sound fresh, as if it had just been recorded. That Ray!

The Young Orchestra premieres at the Music Festival with Tchaikovsky