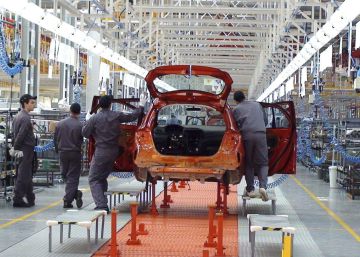 Global and European growth will weaken again during the second half of the year, warns Esade business school in his report on economic perspectives. Even though seemed to recover at the beginning of the year, the activity has been weighed down by uncertainty. The break of the commercial truce in May it has been decisive. And although "logic could indicate that the United States and China they should reach an agreement" the veto of Huawei demonstrates that "the ultimate reason for the tensions is to achieve technological supremacy, with which the conflict can go beyond what you would expect", affecting trade, investment and production, says the document prepared by the professor of Esade Josep M. Comajuncosa. And this is coupled with Europe's own problems: the lack of agreement on the Brexit and to advance in a greater economic integration.

After the fall of the markets, the central banks reacted. While the maintenance of accommodative monetary policies will continue to "accumulate vulnerabilities in the financial sector," emphasizes Esade. In the United States, companies register historically high levels of debt and problems could arise if there is an economic weakening. In Europe, vulnerability is concentrated on public debt. In countries such as Canada, Austria, the Netherlands or Sweden, the debt of families is very high and continues to rise. In Japan, the low profitability of the banking worries. These vulnerabilities could amplify any shock economic, says Esade.

Uncertainty has caused Western economies to grow again according to their potential rates, lower levels than before the demographic crisis and the absence of substantial improvements in productivity, the report said. In the United States, the effects of an expansive fiscal policy are being diluted. In the short term, China will not be able to compensate with the fiscal stimulus the fall of the trade and the advance of the GDP will only be a few tenths above 6%. In addition, the measures taken by the Chinese authorities to facilitate credit can "undermine the security of the financial system", which is too oriented to infrastructure and construction and with a high presence of shadow banking (unregulated banking).

For its part, the euro zone grew by 1.8% in 2018 and will grow somewhat below 1.5% in 2019, according to ESADE's projections. Even though the increase in employment and the income of families will support consumption, this has been weakened by the rise in oil prices and, above all, because of the economic uncertainty. In a climate of lower confidence in industry and companies, investment slows down. Germany will moderate its growth below 1% due to the weakness of domestic consumption, of exports and of the production of automobiles, the latter greatly damaged by the new environmental standards. In France barely exceed by a few tenths the level of 1%. And in Italy the weakness of domestic demand and the rebound of the risk premium will leave the economy on the verge of recession. Tensions would intensify there, the financing of his bank would become more expensive and he would be questioned.to sustainability of the Italian public debt, warns the report. In Belgium, Spain and, especially, Italy and Portugal, entities still maintain a high percentage of public debt in their balance sheets. In this context, the Spanish economy will grow by 2%, at the same pace as Portugal and Greece and below that of Ireland.