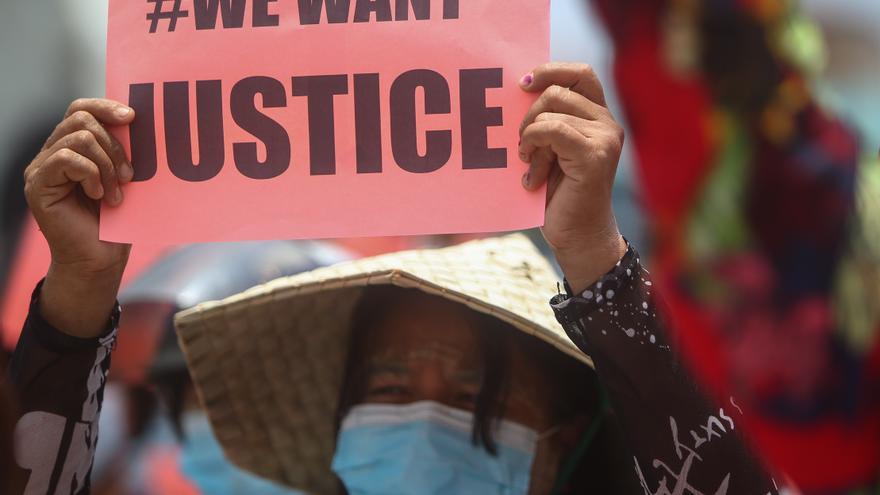 Bangkok, May 11 (EFE) .- Thai authorities are seeking a “humanitarian solution” for Burmese journalists arrested for entering Thailand illegally after fleeing persecution in their country, as indicated on Tuesday.

“The competent Thai authorities are coordinating the search for a humanitarian solution for the recent case of the Myanmar (Burma) journalists,” Thai Foreign Ministry spokesperson Tanee Sangrat wrote on Twitter, referring to DVB channel reporters. (Democratic Voice of Burma) who were arrested on Sunday along with two Burmese activists during a raid in the northern city of Chiang Mai, from where they apparently continued to broadcast news via the internet.

The Burmese military junta, which took power on February 1, has detained at least 40 journalists, issued arrest warrants for another twenty, withdrawn the licenses of dozens of media outlets, including DVB, and continues its persecution of who reports on the demonstrations in rejection of the military uprising.

A Chiang Mai police officer told EFE that those arrested had allegedly entered Thailand illegally through the porous border shared by both countries and that they are expected to be brought before a court today.

DVB editor-in-chief Aye Chan Naing called on the Thai authorities not to deport the detained journalists to Burma, where “their lives are in serious danger,” and called for the intervention of United Nations representatives to protect them.

“They had been covering the demonstrations in Burma until March 8, the day the military junta revoked DVB’s television license and prohibited the media from carrying out any informational work,” the editor-in-chief said in a statement.

The Foreign Correspondents Club in Thailand (FCCT) expressed its “serious concern” and demanded the “release” of the detainees, in addition to granting them a temporary residence permit.

“The world watches what the Thai authorities do in this important case on press freedom in Burma and the region, and for the protection of those fleeing the brutal repression of the junta against independent media and civil society,” he said. in a statement the FCCT.

The majority of Burmese journalists now live in hiding inside and outside their country as they continue to report daily on the repression by the security forces.

Soldiers and police brutally suppress protests and even shoot to kill protesters.

At least 781 people have lost their lives in Burma in the response to the demonstrations, according to figures from the Association for the Assistance of Political Prisoners (AAPP), which also reports that 3,843 people continue to be detained by the military, including the deposed leader. Aung San Suu Kyi.

The Burmese Army justifies the coup by alleged electoral fraud in the elections last November, in which Suu Kyi’s party was destroyed, as it did in 2015, and which were considered legitimate by international observers.

Poliana Lima opens in Paris with her collective dance, a tribute to life