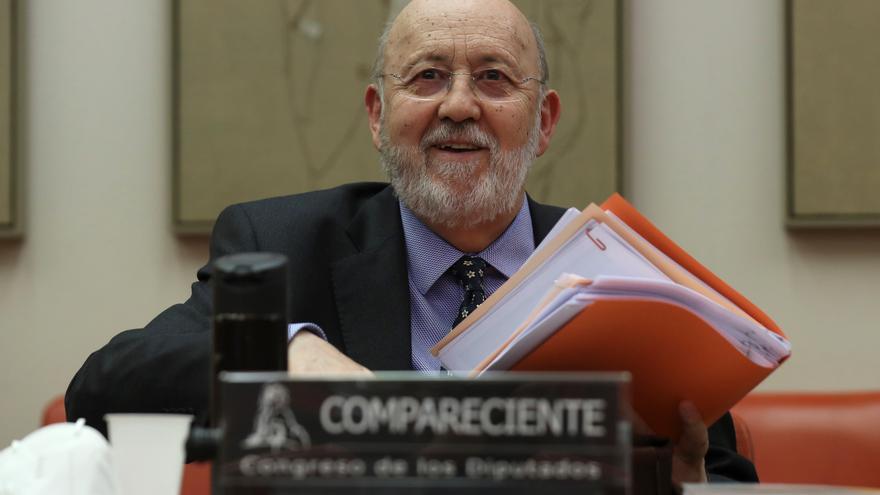 The president of the Center for Sociological Research (CIS), José Félix Tezanos, assured this Friday that the body “is not there to ask about the problems” of the king emeritus because, in addition, this issue “does not interest at this time” to the Spanish . In an interview in ‘La hora de la 1’, Tezanos pointed out that the CIS “is not there to ask about people’s problems,” even if it is about Juan Carlos I. “In Spain’s problems they appear before the monarchy other 31 problems “, has assured.

Along these lines, Tezanos has affirmed that the CIS “stopped asking” about the royal house “long before” he arrived at the institution. In addition, according to the director of the organization, the questions have never been made about the monarchy “as an entity in itself, but based on the Spanish situation.” Thus, Tezanos explained that, for example, the CIS asked about Felipe VI in 2015, a year after he assumed the head of state after the abdication of Juan Carlos I. “Then it was interesting because there was a new king,” he assured.

The president of the CIS has expressed himself this way after Congress lay down this Wednesday with the votes of PSOE, PP, Vox and Ciudadanos, an initiative of United We Can that asked the Government to force the organization to ask questions about the monarchy in its surveys, the king and the various members of the royal family.

Refuses to “open a debate on the monarchy” from the CIS

They did, as the General Secretary of the Socialist Group, Rafael Simancas, explained during the debate, because it is not possible to use the CIS to ask questions about matters of “particular interest” to the parties. In his opinion, the CIS is “a scientific and autonomous institute” so that “political bodies should not write their questions or their answers.”

Precisely, this question has been the subject of discussion between Xavier Domenech, who was president of the Catalan parliamentary group En Comú Podem and general secretary of Podem Catalunya, and Tezanos himself. “You are linked to a sector. If you want to open a debate on the monarchy, I am not going to open it from the CIS,” Tezanos snapped after the latter urged him to include the question. “It respects the legitimacy of those who think that it is not a debate that is in society. It does not matter at this time,” he continued.

In this context, Tezanos has affirmed that the debate generated around the figure of the emeritus king is “typical of yellow fever.” “It is an infradebate. Wasn’t it more interesting what people say about coronavirus and politics? We are making constructs of people who have very little authority to make complaints,” he added. Finally, Tezanos has made it clear that he will be “on the bottom line.” “There may be other presidents who want to do it. I am a serious person,” he added.

Juan Carlos I announced his departure from Spain at the beginning of August, in full judicial investigation on his finances. The monarch sent a letter to his son, King Felipe VI, in which he circumscribed the investigations into the alleged illicit enrichment to the “private” sphere. The emeritus king left Spain and his whereabouts were not known until two weeks later, when it was finally learned that I had been in the United Arab Emirates since August 3.

During those two weeks, both the Royal House and the Government kept his fate a secret. The Office of the Supreme Court has been open for two months an investigation to assess whether the king emeritus committed money laundering and tax crime in relation to the AVE to Mecca.