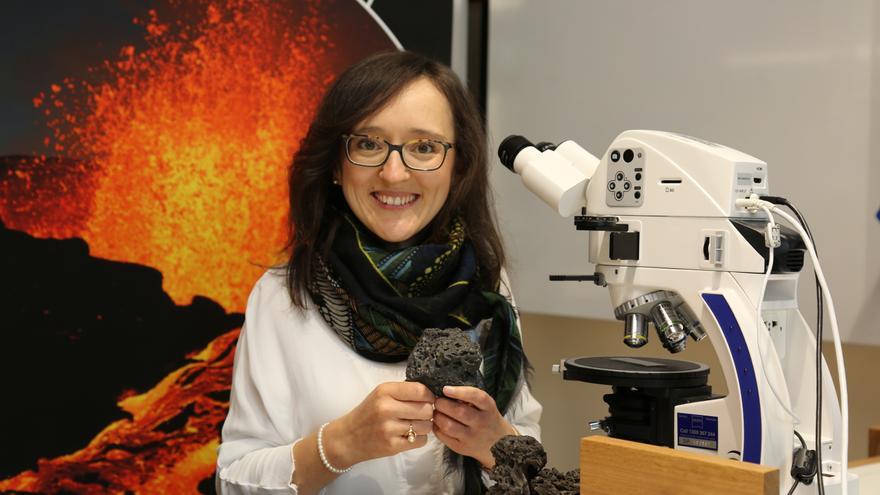 There were many eyes on a possibility that was adding evidence and that in the end it has happened. The volcanic eruption of La Palma started on Sunday, it has generated a tongue of lava that advances without restraint, literally eating houses and crops. The intensification of seismic activity and the bulging of the earth suggested that it could happen, that there was magma pressing out, a geological phenomenon that those who have been studying it all their lives strive to explain. Teresa Ubide, a volcanologist at the University of Queensland (Australia), is one of them.

Is it possible to know how long this rash will last?

It is not possible to give an answer because it is not known, but observing past eruptions, the most likely time scale would be similar to that which has occurred in others such as the El Hierro submarine, which lasted a few months ten years ago, or the last one in La Palma, which was a few weeks. It could last that, from weeks to months. The most important thing now to see how the eruption evolves and how it is likely to continue is to monitor the process.

What does this surveillance consist of?

What we see of the volcanoes is the tip of the iceberg, under our feet there is a very complex system of conduits and reservoirs that bring the molten magma to the surface. We cannot open the volcano as if it were a doll's house, so what we do not see we try to measure by evaluating a series of parameters, for which a strong surveillance network is key: seismicity, because as the magma moves towards the surface it can break the rocks that surround it and that translates into earthquakes; We also measure the deformation of the surface, because as the magma rises it inflates the surface and also the gases, and specifically the peaks of sulfur dioxide, which come out of the eruptive mouths. If we combine it with what we know from past eruptions, which is very important in geology, we can get closer to the personality of the volcano and what is most likely to occur.

Based on the information and data that we know now, what is your personality?

What we see at the moment is that it is a strombolian-type volcano, that is, it is generating very moderate explosions and lava flows. That's the kind of behavior we hope you will have later on. In addition to lava, it also generates pyroclasts, which are formed when magma reaches the surface, erupts and fragments into small pieces.

In 2017 there was a reactivation of seismic activity, but since last September 11 it has intensified and the earthquakes were located closer and closer to the surface. Has this volcano surprised you by its speed?

The intensification of the seismic swarm has been very strong, but it has not been an unexpected eruption. It is not a surprise because La Palma is an island that is considered geologically active, particularly the southern part. We had clear evidence that the volcano was being prepared since 2017, but it may not have erupted. We were not sure if it would, although this week there was very strong evidence, but you never know 100%. Most magmas do not reach the surface, it is quite a complicated process. And yes, it has been very fast, it is not something exceptional or strange, but it could have been slower. Scientifically it is very interesting to see how the magma has followed that journey to the surface.

In what sense? How has this journey been?

The location of earthquakes tells us how magma rises to the surface. It started at quite high depths and a week ago there were many of quite intensity at about 12 kilometers, which is the base of the crust, that is, the limit between the crust and the earth's mantle, and in recent days it has been rising. We have been able to see how the magma pushed the rocks and could erupt. We are seeing that, as in other volcanoes of hotspot or hot spot, they reach the critical point for the eruption at the base of the earth's crust.

What does it mean for it to be a hot spot volcano?

There are three options for a volcano to be generated on the surface: because the edges of the tectonic plates come together, separate or those that are independent of the movement of the plates and are generated because there is a hot anomaly inside the earth that generates magma and rises to the surface, like this case. Most of the volcanoes in the world are not these, but they have to do with plates.

A volcanic eruption like the one we are seeing is not something that citizens, at least those who do not live in susceptible areas, are used to imagining ...

The point is that in geology time scales are very different from human scales and that is why we never imagine the eruption. For a geologist an active zone is not surprising, but is it to be expected on our life scale? It is what we do not know. There is a false perception of security because geological phenomena do not have to occur on the human time scale and that is why it is important that the population is aware that this can happen and that there is a strong monitoring and surveillance network. It is not that a new eruption can occur in the future, it is that it is going to happen. The question is whether he is going to do it in our life or not.

In addition, the most recent eruption was underwater and in fact there is more possibility of them occurring underwater than above, because most of the volcanic material is below, there is more island. However, when this happens we do not see what is happening now.

Lava is coming out of different mouths. Can they increase? How many can there be?

In volcanoes, dikes are generated that when they intersect with the surface, generate fissures. And in these there may be one or more mouths. It is not easy for magma to reach the surface, but if it does, it is normal for there to be more than one in this type of eruption. In this case, new ones can continue to open, and also fissures. Let's say that magma comes out where it can, where it is easiest, and once it has made its way, it is likely that it will continue to use it.

The lava tongue is advancing and it is believed that it will reach the sea. Can you predict where it will go?

Studying the materials that have erupted before and the fractures on the island helps us build probability maps of how the lavas will go. In general, the most important thing is to take into account the effect of gravity, the lava flows will flow like a river towards lower areas, the topography of the island is very important. So the key is to listen to the authorities and follow instructions. Evacuating the nearby population was a success because the laundry has unfortunately reached homes and infrastructures. The volcanic surveillance and monitoring network of the National Geographic Institute is great and this has shown us that it has worked.