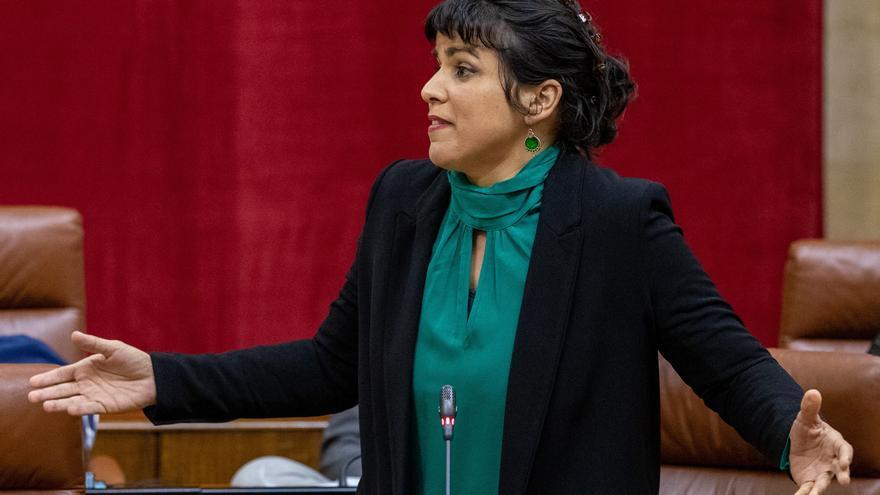 The former leader of Podemos Andalucía, Teresa Rodríguez (currently in Anticapitalistas), has filed a conciliation lawsuit, prior to a lawsuit for slander, against the former advisor of Pablo Iglesias Dina Bousselham and the digital medium that she runs -La Ultima Hora- for a article that accused the woman from Cadiz of appropriating money from IU and Podemos.

In his letter, to which Efe has had access, Rodríguez sues Bousselham for the article published on October 30: “The reasons for the expulsion of Teresa Rodríguez: he kept 109,000 euros from IU and Podemos Andalucía”, and asks 60,000 euros for non-material damage caused.

All of this stems from the decision of the regional Parliament that expelled Rodríguez and eight other deputies from the Adelante Andalucía coalition as defectors, at the request of two of its partners, IU and the new leadership of Podemos Andalucía, close to Pablo Iglesias. The woman from Cádiz and the other expelled parliamentarians now have the status of non-attached deputies, but they plan to appeal the decision of the Chamber Table – with the votes of PSOE, Citizens and Vox – before the Constitutional Court, which they will ask for precautionary measures to rejoin a Forward until there is sentence.

The publication states that “Teresa Rodríguez recently opened a bank account hiding it from her parliamentary group, and asked the Andalusian Parliament to transfer into that account the money from the allocation that Parliament gives to the parties. IU of Andalusia yesterday denounced the real reasons for those that Teresa Rodríguez would have been sent to the mixed group, and is that Teresa Rodríguez would have kept 109,000 euros from Podemos and IU “. It is true that after the summer, the woman from Cádiz asked Parliament for a change in the bank account where the funds of the parliamentary group were entered, leaving her IU partners out. But the left-wing coalition continued to receive its allocation proportional to the distribution they had previously agreed upon. All in all, IU considered a “disloyalty” the “unilateral” change of the bank account number, a gesture that contributed to the definitive rupture of the alliance and the subsequent operation that led to the complaint against Rodríguez for transfuguism and his subsequent expulsion.

Rodríguez says that the article is not signed and “as a source of such information there is only a cursory reference” to which IU would have denounced that the real reason why she would have been sent to the mixed group would be to have kept that money.

He denies everything and makes it clear that “the true purpose of the article is to injure his honor through a mendacious statement attributing criminal conduct to him, coinciding with his expulsion from the Adelante Andalucía Parliamentary Group two days before.”

He considers that “the article does not seek to inform, but to build a false version of reality”, with “the objective of eroding” its public image, since “it is evident” that “the digital medium has not contrasted the information it publishes, nor it has carried out the minimum investigation necessary before publishing a news item “in which Rodríguez is attributed a crime of misappropriation.

It comes to the conclusion that the media and Bousselham “are not carrying out information work, but are putting themselves at the service of one of the parties to the existing political conflict in Adelante Andalucía, to spread falsehoods with the sole purpose of attacking honor and credit. Teresa Rodríguez’s politician “.

For all this, the Andalusian parliamentarian claims 60,000 euros for the moral damages caused; that Dina and the digital media apologize and acknowledge that what was published in that article is not true; and that it is disseminated in the same medium that nothing published is true.