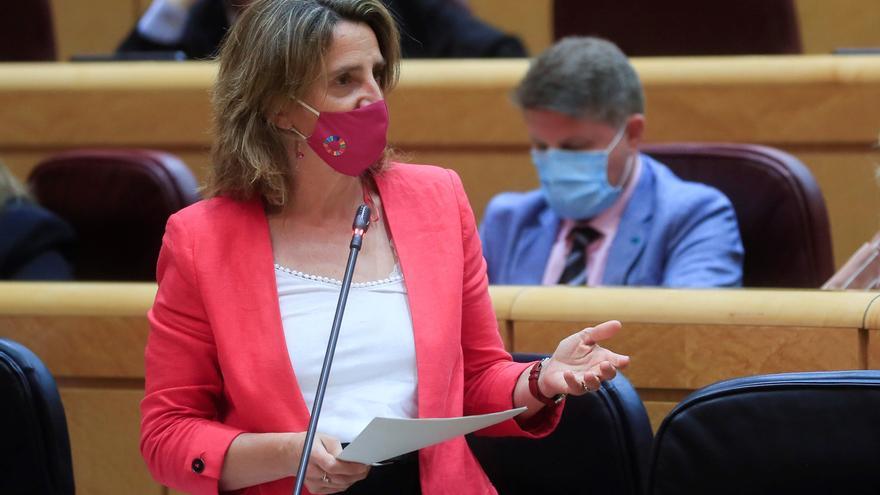 For Twitter and one day after the demonstration in Madrid of 4,500 irrigators of Murcia, Alicante Y Almeria, The Vice President and Minister for the Ecological Transition has declared that the Tajo Segura aqueduct “is an essential infrastructure that contributes to water security in our country. We cannot do without the transfer. “Although it does emphasize that the functioning of the infrastructure” needs to be improved “and adapted to the consequences that climate change may have on the Tagus and Segura basin. The minister has justified through Twitter that I cannot attend yesterday to the irrigators concentrated in Madrid since their public agenda had set an act for more than 15 days in Toledo and that, on the other hand, the undersecretary of the Ministry, Miguel Angel GonzalezYes, it came out at the doors of the ministerial headquarters to collect the claims or statements that the Central Union of Irrigators would like to make on its march through the capital of Spain.

riverbank has justified that the change in the exploitation rules of the Transfer that reduces shipments to the Segura basin from 38 to 27 hectometres when the head of the Tagus is at level 2 is a “serious and rigorous” modification that helps to “manage the water resources more intelligently, flattening peaks and avoiding hitting exceptional situations most of the time. ” It relies on the proposal of the Center for Hydrographic Studies that intended to save water resources during wet years so that shipments in drought years would not be affected, as happened in 2017. “It benefits both the transferring and the receiving basin, favoring similar volumes with more stable and regular management. ”

The minister has not clarified what the consequences will be, on the other hand, the increase in ecological flows and its effects on transfers to the Segura basin when the new Tagus hydrological plan is approved. Precisely the president of the Segura Hydrographic Confederation, Mario Urrea, was “concerned” this Tuesday when he again mentioned the effects of the increase in minimum flows in the transferring basin. Consider that part of the surface irrigated by the aqueduct water would be “at risk” if the minimum flows increased in the Tagus. Ribera, for his part, understands that “it is necessary to respond to the requirements of the law, to the demands of the population in both basins, to the challenges of climate change” and to the Supreme Court ruling that requires setting an ecological flow in the Tagus.

For this reason, the vice president emphasizes that “it is important to obtain complementary resources for the transfer”, which is why she mentions the increase in production at the Torrevieja desalination plant, the energy efficiency plan at the Águilas and Valdelentisco plants with the installation of photovoltaic plants and the “intra-basin interconnections to bring water where it is needed”, such as the connection of desalinated waters from the Torrevieja plant with the post-transfer infrastructure. Ribera also points out that the ministry has already agreed with the Scrats to update the rates, pending since 2017, and that it will shortly be raised to the Council of Ministers.

“We trust, with this, to respond to a complex issue that, for years, has strained the relationship between our territories. I am infinitely grateful for the constructive attitude shown by a vast majority“, it is finished.