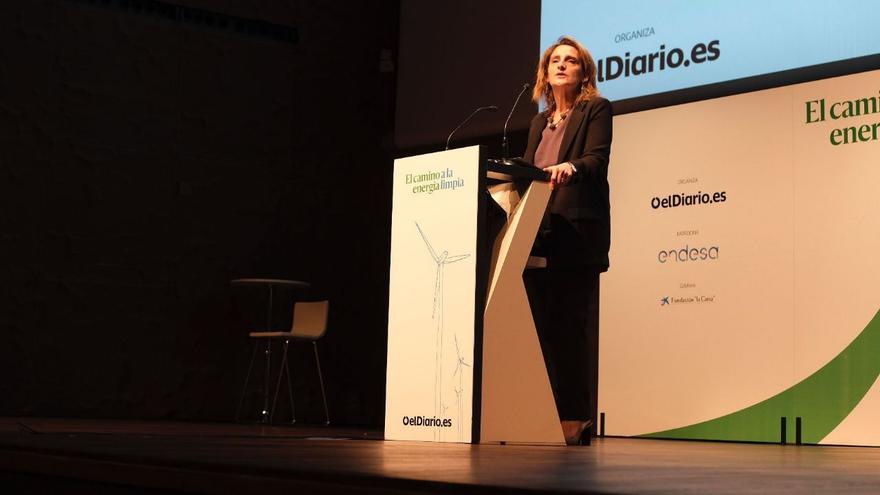 The fourth vice president of the Government and minister for the Ecological Transition and the Demographic Challenge, Teresa Ribera, advocated this Monday for a “correct” incorporation of the European carbon emissions market that does not slow down the recovery.

During his speech at the inauguration of the conference ‘The road to clean energy’, organized by elDiario.es, Ribera thus alluded to the spectacular increase in the cost of carbon emission rights, which has doubled in a few months to record of 50 euros per ton that marked last week.

A situation what worries your department, due to its impact on the prices of the Spanish wholesale electricity market and, therefore, on the electricity bill, which last month marked the most expensive April in history, although this week registers sharp falls.

“We must pay particular attention to transition costs. How to orient the signals to facilitate that this change is manageable, manageable. And we must still work on critical and significant aspects that allow us to have a reasonable electricity bill for domestic and industrial consumers. ”

“A correct incorporation of the CO2 signals without this diminishing our capacity for recovery,” said Ribera, who has trusted that the Climate Change Law will be finally approved this Thursday.

During her speech at the conference, which is sponsored by Endesa and in collaboration with Fundación “la Caixa”, the vice president explained that the Energy Transition is a “clear source of opportunities for Spain”, which has “significant comparative advantages ”And it is already a“ benchmark country in green investment ”.

However, Ribera has warned that the transformation of the productive system towards a completely decarbonized one by 2050 must be approached as “an investment for the future” and not as a “mortgage”.

The fourth vice president recalled that the economic risks associated with the loss of biodiversity are among the three most important that the World Economic Forum has identified in the last two years, and that it is one of the factors that can “cause new threats to appear on people’s health “, such as the current pandemic.

He also stressed that the Recovery Plan that the Government has just sent to the European Commission contemplates allocating at least 40% of the funds planned to decarbonisation and the ecological transition, above the 37% set by the European Commission, which establishes that the measures of the different countries must comply with the principle of not causing significant damage to the environment.