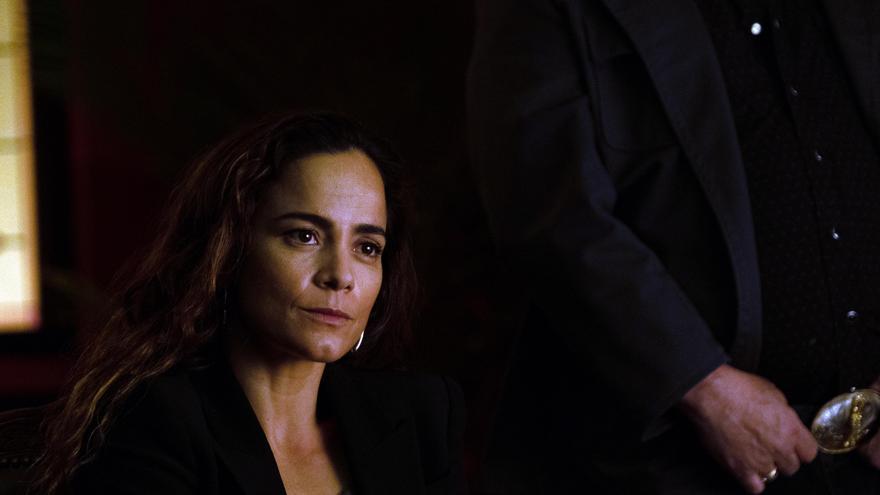 Los Angeles (USA), Apr 5 (EFE) .- Teresa Mendoza’s thorny and bloody journey draws to a close with the last season of “Queen of the South”, a series that already faces her farewell with an Alice Braga very proud of what her character has accomplished.

“I love that she is the owner of her path, that she has written her story,” the Brazilian artist assured Efe.

“Queen of the South” will premiere its fifth and final season on the USA Network this Wednesday, in which Teresa Mendoza takes the helm of her life to settle scores with the past and to challenge her enemies in New York.

Based on the novel by Arturo Pérez-Reverte, Braga (Sao Paulo, Brazil, 1983) took up in 2016, in English and for the United States, this story that had already been brought to the small screen in 2011 with Kate del Castillo in the series in Castilian “The queen of the south”.

The intense emotions for Braga in 2021 will not end with the goodbye of “Queen of the South”, since the actress of films like “City of God” (“Cidade de Deus”, 2002) or “I am a legend” (“I Am Legend “, 2007) will present in August the new” The Suicide Squad “, from director James Gunn and in which he appears alongside Margot Robbie, Idris Elba and John Cena.

THE FORCE OF TERESA

Question: What are you going to miss the most about Teresa Mendoza?

Answer: I think the strength she has. She is a woman who has a great desire to survive, who does not victimize herself with the problems that life imposed on her.

The series begins as the girlfriend of a drug dealer, very naive, very delicate and somewhat lost in this world. And then he becomes very successful in the drug trade.

Q: Teresa has always been a woman in a man’s world. How did you survive and succeed in that environment?

A: Thanks to her intelligence (…) When she was in a borderline situation between life and death, she always knew how to escape by thinking in advance, by thinking about the other, by thinking of possible ways to get out and escape.

He never looked for power alone, he wanted to survive. It is a very primal, very true instinct.

Q: In the first episode of the fifth season, Teresa says that she is tired of running away and that the time has come for her to become a hunter. Are we facing a new Teresa?

A: It is very different this season.

With everything that happened in the fourth, that he lost his godson and that he had so many losses in his life, he thought that no more (…) There is a moment of “enough, now I have to put the cards on the table and be the boss. ”

I love the fifth season because it is a very complete arc of a woman who decides about her life from when she was a child in Culiacán (Mexico) to becoming the owner of a gigantic drug trade, a gigantic “business”.

Teresa owns her way: she created and wrote her story. And I love that.

This season is about exactly this: how she perceives that the decisions she has made in her life are the ones that got her where she is. He says: “I’m done playing games’, I don’t want to play anymore. Now I’m going with everything” (laughs).

Q: The series talks a lot about violence and revenge, but there is also a romantic part of Teresa with James (Peter Gadiot). Is there room for love in Teresa’s life?

A: It is very interesting because love was always a very hard subject for her.

All the times that she fell in love with someone or that she cared for someone, that person left (…) James was like a teacher to her, but the difficulty of love in a “business” like drug trafficking is that you it makes you weaker, more susceptible to being grabbed by the heart.

When James returns this season, he comes back giving her a lot of information. And it’s a bit of dealing with it.

But it is impossible, I think that love always saves, but it is very hard in a series like this. The world of drugs is not very suitable for love, is it? (smile).

Q: After five seasons of a series in the United States in English and with a Latin female lead, what will be the legacy that “Queen of the South” will leave behind?

A: For me, it was really an honor to be able to play Teresa.

I had read the book about seven years before filming the pilot episode (…) We made the series very different from the novel: we made the first chapter more like the book and then the creators (of “Queen of the South” ) went in other directions.

But I always loved the character in the book. I tried to find the personality, the soul, the spine and the vibe of the Teresa in the novel.

Being able to make a Latina woman in this moment of television in the United States was a very great honor, but, of course, it is a story of drug traffickers.

I think we have to tell Latino stories that are not only about immigrants, about drug traffickers … It would be good to simply talk about characters who are Latino and who have normal stories.

I tried to deconstruct in this series that form of drug trafficker who is bad, who has no heart, who is always killing and who kills for nothing. I looked for the antihero, but Teresa is the hero of her own life.

I tried to find the classic drug dealer and violence because we have a lot of action in the series, but also (show that) in balance with the strength of women and the ways that women decide about our lives.

Tags: Alice, goodbye, He says, of, Owner, panty, Road, south, Teresa, the, what in