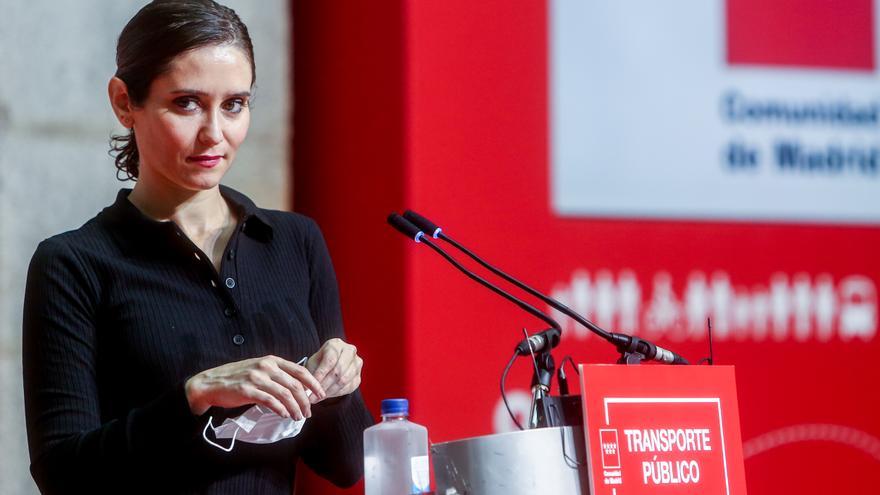 Isabel Díaz Ayuso and José Luis Martínez-Almeida no longer go through life smiling or talking cheli to journalists to show that everything slips when they are attacked and that they are condemned to win on all fronts. It is necessary to hide or fall into that which denotes that a politician is terrified, that is, refusing to answer a question. It has been a brutal Halloween for the Madrid PP, without costumes or masks because in reality no one is hiding. Those ‘forever friends’ who were Pablo Casado and Díaz Ayuso have proven that their relationship is just a sad reflection of the past. Now they communicate through their godparents –Teodoro García Egea and Miguel Ángel Rodríguez–, who are already polishing the guns of the imminent duel. They could stop, but it is no longer possible.

The schism has reached the front pages of the conservative press, astonished at the level of the stabbing. They were already somewhat perplexed by the war of WhatsApp. Lady Macbeth, seized with spite, decided to become a character in ‘Al leaving class’ and blocked the numbers of several party leaders, including García Egea. I don’t want to go out with you and I don’t want to know anything more about you. You are history, Teodoro.

Then she came out to fix it and it was almost worse. He announced that he has two mobiles, one for really important people, with whom he must be in permanent contact for what is essential, and another for acquaintances, those who do not paint much at the moment of truth. And some of Ayuso’s assistants take care of that second phone. Teo, you don’t have a direct line to the boss.

It could have been a simple anecdote, but within a few days there was a pattern. Maybe even a breakdown in personal relationships. As it appears that telephone communications were difficult, they began to be shaken with leaks and unambiguous messages. The headlines began to bring out all the accumulated resentment. “Genoa brakes hard Ayuso’s candidacy “to preside over the PP in Madrid. Ayuso had disrespected Casado and now he was playing revenge. “Time plays against her”It was read and thus it was better understood why Casado and Egea do not want the Madrid PP congress to be held before May. “The regional leadership (the one controlled by Genoa) is playing its cards to discredit it before the rest of the party and also the other barons.”

Isabel la Católica, queen of freedom, would become Isabel la Loca, the ambitious pretender to the throne. A bad example that cannot be allowed for those barons who otherwise already watch her with caution.

The attacks escalated on Wednesday. It was found that Genoa will not allow Ayuso’s personal veto to Egea. For the avoidance of doubt, it was made known that Married has given free rein to his number two with the mission of stopping the plans of the Madrid president. And if it cannot be by WhatsApp, it will be through more bloody means.

The verdict of the party is final. They stop third-party nonsense with possible candidates in Madrid who cannot really overshadow Ayuso. They have put the armor on Almeida and put him on the horse with which he will launch in the primaries against her. The mayor of Madrid does not seem very convinced and finds himself crushed between two forces that could leave him breathless.

So when journalists attacked him on Wednesday, Almeida opted for the verbal equivalent of running away. “I am not talking about the PP congress in Madrid,” he said tense and with a face that he had left the impudence and grace in the office. He repeated it again to solve doubts. He almost would have preferred to be asked about traffic jams in the city or the pollution. At that point his discomfort has reached. He knows that whatever he says will be interpreted in terms of an open war in which he does not believe he has the proper weapons.

In the case of Díaz Ayuso, the role he chose was that of a lady offended by the questions that were posed to her. In the first place, the denial of reality: “The relationship (with Almeida) is good. Everything is fine.” She could hardly argue that everything is an invention of journalists when she was the one who forced the machine and demanded the election of a new president – that is, her – at the latest in March. Then she pretended to be offended by the spectacle offered: “What will the citizens think?” In other words:

DOES NOBODY THINK ABOUT CHILDREN?

What is an unquestionable fact is that Casado and Ayuso in front of their squires are fighting in public for two months apart. There must be something else. The world is not going to change between March and May. The intensity of the conflict is due to the fact that Genoa has decided that it cannot afford to have Ayuso become president as a rejuvenated clone of Esperanza Aguirre.

Suspicion gives Casado an image of weakness. The leader of the PP is giving the impression that he contemplates a defeat in the next general elections as a working hypothesis that he should not completely rule out. To do this, he must protect himself and prevent Ayuso from continuing to grow as a possible future alternative to his leadership.

The Ayusistas – that name can now be used as an organized collective – whisper that she will not even need the position of party president in Madrid to set higher goals as of 2023. She knows herself strong enough to pose conditions to her presumed bosses. She clearly won the Madrid elections and we already know that Madrid is Spain so it is as if she had won in Spain.

After all, what Ayuso is looking for is the same thing that Casado has done in the provincial and regional leaderships. This has proceeded to a renewal of leaders with the intention that the new ones know to whom they owe the position in the event that the polls are not favorable. It is something that Aznar already did, as Ayuso’s chief of staff will recall. And it is the same thing that she intends to do within the Community of Madrid. She will be the one who places people of her trust in the main municipalities of the community.

In Genoa, they like to say that everyone who pulses at the party’s national leadership ends up losing. They forget that this is usually the case among other things because the like-minded media will never join a fray against the party leader. In this case, Casado cannot count on the full support of the media brigade. “Ayuso has earned the right to preside over the Madrid PP, “says the ABC editorial on Wednesday, which on the other hand also criticizes the president of Madrid for the show offered, including the” infantilism “witnessed in the WhatsApp war. The newspaper concludes that” the image of seriousness “of the party and the motivation of its voters” crumble “in this situation.

But that’s the fancy version. Then there are the insults from people like Jiménez Losantos, who calls Almeida “judas” for lending himself to Casado’s wishes, or from an El Mundo columnist who denounces “palletismo of small world “that is style in Genoa.

At this rate they will all end up like in ‘Macbeth’.