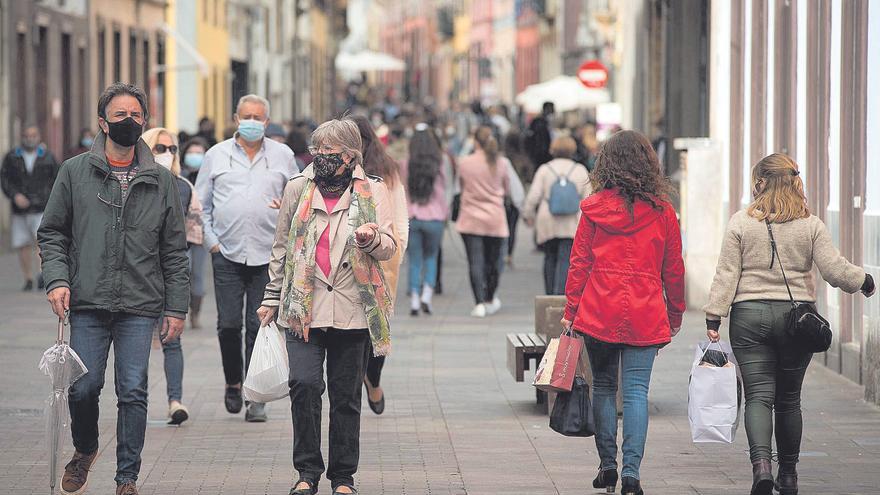 The President of the Canary Islands Government, Angel Victor Torres, explained the size of the wound in the first place and, in this way, justified the type of plaster to place. The constant growth of coronavirus infections in recent months led the Executive to decree the isolation of Tenerife yesterday, by prohibiting entries and exits, except for reasons of force majeure during the next 15 days. And, in addition, the authorities recommend that there be no travel between municipalities. The response of the regional administration to the magnitude of the problem on the Island is specified in a dozen proposals, which represent a twist to the current restrictions and the implementation of new measures. And this happens in some of the weeks of the year when there are higher levels of mobility between municipalities, more commercial activity and a higher number of meals and family gatherings.

towers acknowledged that the measures adopted so far in Tenerife have not worked. If in September the average number of daily cases on the island was 90, in October it reached 125, to climb to 150 in November and up to more than 180 on some occasions so far in December. As an example of the unstoppable escalation, Torres mentioned that three days ago there were 256 cases and yesterday they touched 250 again. The number of new episodes has doubled in the last month.

They come into force on Saturday

In parallel, patient hospitalizations have increased, which have accelerated considerably since late November. This is reflected in the report prepared by epidemiologists from Public Health of the autonomous Executive on which, in theory, the government council to adopt the new restrictions, which will take effect at midnight from Friday to Saturday.

The cumulative incidence in Spain At the moment, in the last seven days it has been 88.60 infections per 100,000 inhabitants, while in Tenerife it has been 110.26, as well as 23.26 in Gran Canaria. If the last two weeks are taken as a reference, the cumulative incidence throughout the country is 193.65 and almost 213 in Tenerife, and 45.58 in Gran Canaria.

The first measure is the restriction of the entrances and exits of Tenerife. The exception to this isolation is to go to health centers, to go to work or professional activities, assistance to educational centers and universities, return to habitual or family residence, assistance to dependent or disabled elderly and minors, caring for animals, travel for activities financial and insurance, required or urgent actions before public, judicial or notarial bodies, renewal of permits and official documentation, as well as administrative procedures that cannot be postponed, examination or official tests that cannot be postponed, due to force majeure or situation of need or any other duly accredited activity of a similar nature. Also for departures and trips between islands will be necessary “antigen or other tests”, in the case of Canarian residents will be paid by the Government.

The Executive recommends avoiding travel between municipalities, so that there is the least possible mobility. The curfew, which was now set at eleven at night, is brought forward at ten and will last until 6 in the morning. The activity in cafes, restaurants or bars is suspended inside the premises, but take away food is allowed. On the terraces a capacity of 50% is allowed and only cohabitating people can sit.

In the malls capacity is reduced by 33% per floor and the measure also applies to retail trade. The parking capacity of commercial buildings is also halved. All indoor sports activity is suspended and outdoors it is only authorized if done individually, except for professionals. Any mass event (markets, fairs, festivals, among others) is suspended, as well as the exits of nursing home residents and visits from their relatives, except for maximum severity. Visits to hospitals are also prohibited, except for extremely serious episodes, pregnant women and minors. The regular public transport capacity of passengers is lowered to 50% by tram and buses. The lunches and dinners on December 24, 25, 31 and January 1 are reduced to six people and a maximum of two living units (the family of that house and one more).

towers stressed the importance of “not cheating” at family meals, that the restrictions “do not mean 10 people in the morning, as many at noon, a dozen in the afternoon and ten more at night, but the same six all day. He warned that, even if the vaccine arrives, “we will have to live with the coronavirus for months; and our health and the economy of our land are at stake ”.

There will be no limitations on air and sea transport to or from Tenerife. In the Governing Council yesterday there was also talk of approving aid to small businessmen, but Torres did not specify which ones. And these will be added to those of the state government to help hotels, commerce and tourism, which are expected to be approved next week. The president clarified that in Gran Canaria in August the pandemic grew in a few days and fell just as fast, while it was concentrated in some nuclei and districts, but in Tenerife there has been a sustained increase for months and has spread throughout the island.