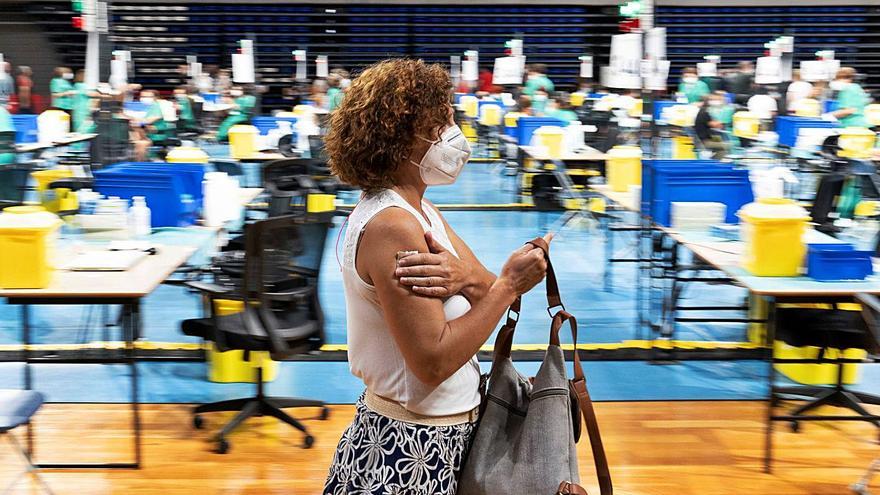 The cumulative incidence at 7 days in the Canary Islands stands at 88.7 cases per 100,000 inhabitants and at 14 days in 147.52 cases. This index has skyrocketed in the last month due to the increase in infections on the islands. Since the beginning of the health crisis, the Canary Islands Health Service has carried out 1,224,563 PCR in the Islands, of which 2,963 correspond to Saturday.

From eight o’clock in the morning yesterday until eight o’clock in the morning today, the vaccinodrome installed in the Santiago Martín de La Laguna Pavilion has worked non-stop to vaccinate the population without prior appointment. This measure, which seeks to boost the immunization process of the island’s population with the inoculation of around 12,000 doses throughout the day, was aimed at residents between the ages of 40 and 59 who do not had previously received no dose of the covid-19 vaccine. With this initiative, the first to be carried out in the Canary Islands for 24 uninterrupted hours, it seeks to increase the inoculation of doses to the group of people born between 1962 and 1981 and to continue advancing with the rest of the age groups established in the calendar of the vaccination. At the same vaccination point, doses were also continued to be administered to the population that had a previous appointment.

The Ministry of Health reported that, until yesterday at noon, a total of 1,140 people had participated in the population screening carried out this weekend at the Tenerife health centers of La Cuesta, San Isidro and Tincer. Until that moment, 76 positive cases were detected, of which 54 correspond to the day of Saturday and 22 to the morning of yesterday. This population screening is aimed at people between 18 and 45 years old residing in Barranco Grande (Santa Cruz de Tenerife), La Cuesta (La Laguna) and in Granadilla de Abona, areas that currently have a high accumulated incidence, in order to locate possible asymptomatic positive cases among these age groups, which are also the ones with the highest incidence.

On the first day, held on Saturday, 858 people attended the three centers: 431 in San Isidro, 282 in Tincer and 145 in La Cuesta. Of the 54 positives detected on Saturday, 36 were reported at the San Isidro health center, nine at La Cuesta and another nine at Tincer. Yesterday morning 282 people attended the three centers and of the 22 positives detected, 17 correspond to the San Isidro center, four to Tincer and one to La Cuesta.