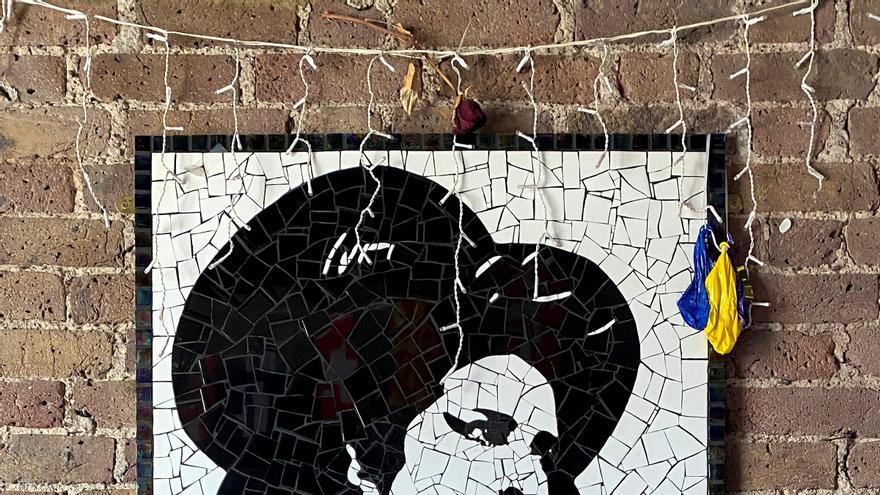 London, Jul 22 (EFE) .- On July 23, 2011 the light of the singer Amy Winehouse was turned off at the age of 27, at the climax of her fleeting artistic career, but the legacy of her songs and the roar of her voice they still rumble through the streets of the London borough of Camden a decade later.

Amy Jade Winehouse was born in 1983 into a Jewish family in the Southgate neighborhood (north of London). Although his father was a taxi driver and his mother a pharmacist, many of those close to him were related to jazz music. And little Amy seemed destined to extend her artistic legacy.

Frank Sinatra, Ella Fitzgerald, Tony Bennett or The Ronnettes were some of the names that marked the soundtrack of Winehouse’s childhood and that of her older brother, Alex. She was 9 years old when her parents divorced.

Her first dabbling in music came shortly after, with the duet “Sweet n´ Sour” (Sweet and Sour), together with her best friend since she was 4 years old, Juliette Ashby, who assures in a written interview with Efe that “There will never be anyone who can take his place.”

Ashby still speaks in the present tense when he refers to his “sister” Amy, whom he describes as a girl “one of a kind, funny to say the least and very intelligent”. Their bond was so strong, that he confesses that they only needed to look into each other’s eyes “to know what the other person was thinking.”

He admits to having lived the “best time” of his life with her, when they left their respective family homes and moved together, at the age of 18, to his first floor. “We laughed, cooked, wrote and played music all day. Carefree and loving life,” says Ashby.

In 2000 Winehouse was already the lead vocalist of the National Youth Jazz Orchestra, but her solo career began to take off in 2003, after signing her first record deal and with the release of her debut album “Frank”, in honor of Sinatra. .

AN ARTISTIC EDUCATION AMONG PUBS

Camden’s London pubs were key in Winehouse’s life. In them he grew up as an artist and in them he met and fell madly in love with Blake Fielder-Civil. The singer even got her name tattooed, only to discover her infidelity shortly after.

The singer not only had to deal with her breakup, but also with eating disorders derived from a depressive period. Against this backdrop, Winehouse began the creation of what would become her masterpiece: “Back to Black” (2006), which earned her five Grammy Awards.

Through her heartbreaking Fielder-Civil-inspired lyrics, Winehouse’s soul screamed deafeningly, but was overshadowed by her prodigious voice. In them he spoke of how “love is a losing game” and how he had “dried” his tears based on alcohol and drugs.

Despite everything, Winehouse decided to give Blake a second chance and they married in 2007. Winehouse’s fame was growing dramatically around the world, coupled with repeated scandals involving the couple, which made the artist the perfect target. from the British pink press.

It was that moment in which the narrative of Amy Winehouse’s character, with her “beehive” hair and characteristic streak of eyes, took hold of the person, ending it.

“You think you know my daughter: drugs, addiction and destructive relationships, but there is much more,” says her mother Janis in the documentary “Reclaming Amy”, which premieres on the BBC network this Friday.

Also his goddaughter and musical “protégé”, Dionne Bromfield, will break his silence with his tape “Amy Winehouse & Me: Dionne’s story”, which will premiere in Spain on August 29 on MTV with the aim of making the world know the most “protective”, “kind” and “sweet facet of his godmother.

THE PERSON BEHIND THE CHARACTER

That young woman “liked to stand behind the bar and serve pints of beer”, as well as play pool and spontaneously open for emerging bands to which “she gave the proceeds”, as Alan recalls “El Escocés “Camden bartender for decades.

“Dear Amy, ten years without you is a long time. We miss you,” now reads a card leaning against the tree that has become a makeshift memorial in front of the Camden Square house where Winehouse was found lifeless on the afternoon of the 23rd. July 2011.

In “The Howley Arms”, one of the pubs that became his refuge during his last years of life, the chords of Camarón de la Isla now play in the background, while thousands of photographs, autographs and works of art recall the days of Winehouse on the premises.

Amy identified herself numerous times with the symbol of the lioness. Perhaps that is why, although he could not say “goodbye with words” as in his song “Back to Black”, his roar is still evident when walking through the streets of London ten years later because “his legacy will always be here through his music” , as Ashby asserts.