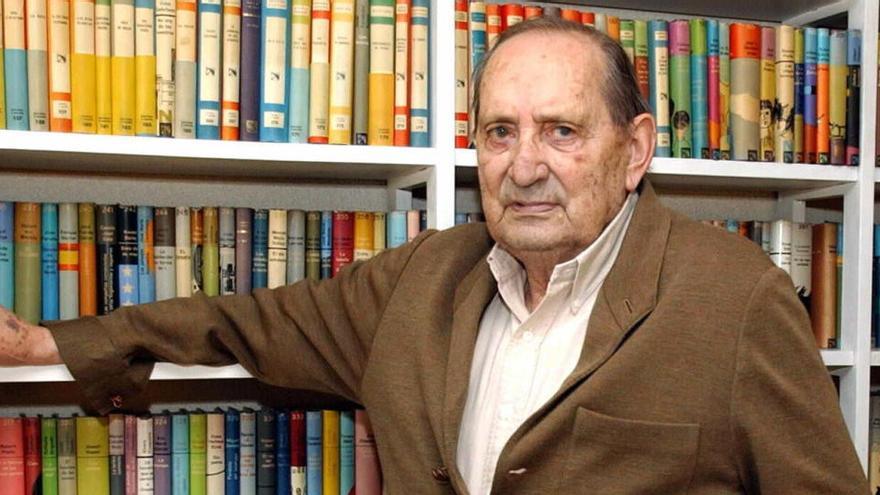 He was never stingy Miguel Delibes in its manifestations. He always spoke with the same forcefulness and clarity during the Franco regime, the transition and democracy from the most absolute independence, without political interests or personal calculations. Ten phrases gloss his creed.

one. He learned to write by ear by transferring to his novels, short stories and essays the plain language of the people of Castile that he portrayed in his gallery of characters, as he himself recognized in his speech for the Cervantes Prize.

“I was not so much myself as the characters that I represented in this literary carnival. They are, then, in large part, my biography”.

two. He never forgot the importance of a journalist status in his work, which he had known first-hand for nearly forty years in all the rungs of the ladder, from the meritorious to the leadership. He perfectly distinguished two totally different stages: communication and information.

“For 43 years I have done nothing but inform and try to communicate with my peers”.

3. Success did not debase him. With his feet on the ground, always in contact with the earth and his fellow men, he always abhorred solemnity and conducted himself with the same simplicity as the landscape he portrayed.

“Those of us who dedicate ourselves to storytelling (…) respond better to the title of man of words than to the more conventional of men of letters”.

Four. He was a precursor of environmentalism long before the signing of the so-called Tenerife Manifesto (1983), from which environmentalism took on its nature in public life. He was one of the first warnings of a big problem: climate change.

“The man of today uses and abuses nature as if he had to be the last tenant of this unfortunate planet, as if behind him a future was not announced. Nature thus becomes the scapegoat of progress”.

5. His fondness for hunting, passion for nature and observation skills enriched his stories and articles with words that are practically obsolete and that he has left in his books as a legacy for new generations.

“If language is one of the virtues that are extolled in my writings, it must be recognized that, to a large extent, that language is not mine, it belongs to the people, I have borrowed it. The credit, therefore, in a high percentage, belongs to my countrymen“.

(Speech of investiture doctor Honoris Causa by the University of Valladolid. Paraninfo. January 28, 1983).

6. His narrative, apart from techniques and styles, kept a common denominator in the defense of the disinherited of fortune, which he compensated with the honor of appearing in one of the most prestigious literary trajectories of universal letters.

“My novel, in general, is a novel of losers, of humiliated and offended beings, poor marginalized beings who struggle in an irrational world“.

(Inaugural speech of the summer course that the Complutense University dedicated to his work. El Escorial. July 1991)

7. Global warming, which he warned and denounced years in advance, has gone hand in hand with the cultural and intellectual desertification of Spain at the dawn of the 21st century, which did not go unnoticed neither by its sharpness nor by its courage in regretting it.

(To Blanca Berasategui, on the occasion of the delivery of the Cervantes Prize, in an interview published by the magazine El Cultural. April 29, 2004)

8. In due course, he bluntly tried to explain that ecology and hunting activity are neither compatible nor exclusive, quite the contrary.

“With many environmentalists I would go to the end of the world, but others do not forgive that I am a hunter“.

(To Ángeles Caso, on the occasion of the delivery of the Cervantes Prize “, in an interview published by the magazine El Semanal. April 24, 1994)

9. The ethical bankruptcy of a society is the open door and invitation to all kinds of outrage, as reflected in the vast majority of his stories.

“Today we talk about the economic crisis, but we forget about the moral crisis“.

(To Faustino F. Álvarez, in an interview published by the newspaper ABC on February 14, 1988).

10. Miguel Delibes, with the same honesty with which he always conducted himself, unceremoniously, crudely ‘wrote’ his epitaph two and a half years before his death. It was his farewell to the readers.

(Preface to Volume I of his Complete Works. Destino-Círculo de Lectores Editions. Barcelona, ​​2007.

Iván Ferreiro: “This is a very hard blow for the music industry”