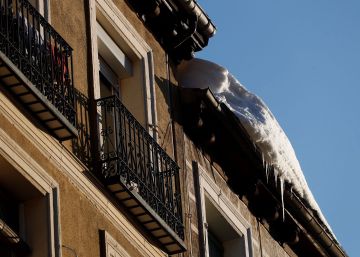 Temperatures well below zero degrees on the street, more work at home and a notable increase in the price of electricity. In this dire season, these three elements conspire to fatten the next bills of many households and jeopardize their households. But, is there any way to face winter without the heating completely emptying the user’s pocket? From the Organization of Consumers and Users (OCU) they say they are convinced that yes, it is possible, as long as good habits are adopted.

However, this time the task is especially difficult. On the one hand, the reduction of mobility due to heavy snowfalls – and later, due to the cold wave that has left large areas of Spain frozen– has forced many employees to return to that teleworking that they had left with the arrival of the new normal, and to join those who have never returned to the office since the pandemic broke out, almost a year ago. On the other hand, the inclemency of this harsh season of the year forces an intensive use of heating and for a longer time, to which is added the recent increase in electricity prices.

The wholesale cost of electricity rose 6.7% on Wednesday, reaching almost 90 euros on a daily average per megawatt hour, according to data from the Iberian Electricity Market Operator (OMIE). On January 8 it was very close to 95 euros, the highest peak after the 103.76 euros that marked on January 11, 2002. These increases will translate into an increase of between 20% and 30% in the electricity bill of users who are in the regulated market (around 40%).

If the OCU estimates that the average monthly expenditure on heating for teleworking time is 53 euros per month for a gas system, 96 euros if it works with diesel, and 114 euros in the case of electrical appliances, your spokesperson, Ileana Izverniceanu admits that “consumption is higher in these colder months”.

Be careful with the thermostat

The keys to solving the enigma are “proper maintenance, temperature and insulation,” Izverniceanu sums up. First of all, they would have to check radiators to check that the water circulates smoothly and to observe the pressure of the boiler when it’s cold. In general, this should be between 1 and 1.5 bar. Likewise, if the boiler is also used to heat domestic water, it must be switched to winter mode or heating plus DHW and its working temperature must be adjusted to 40 or 50 degrees, in the case of an instantaneous system, and 55 or 60 degrees, if the appliance has a built-in accumulator. This last temperature is also recommended in the case of a condensing boiler.

Another important element that has to work properly is the thermostat, since it is the device in charge of regulating the switching on and off of the heating system. Therefore, you can raise the temperature and check if the boiler starts up. Subsequently, the thermostat temperature will be lowered and it will be found out if the system shuts down. If the thermostat is digital, it will be better to also check the condition of the batteries.

“Now only with these gestures you can reduce spending by 10%,” says Izverniceanu. “But, without a doubt, the greatest savings are produced by monitoring the temperature,” he adds. Instead of wearing short sleeves and having the house at 24 degrees, the organization’s spokeswoman advises covering up with more clothing and lowering the thermostat to 21 degrees. In his words, “something so simple can save up to 20%.” Izverniceanu also stresses that a home temperature between 19 degrees and 21 degrees is reasonable, and that each degree of more supposes an increase of 7% in the consumption. At night, it is advisable that in the bedrooms it drops between 15 degrees and 17 degrees, which avoids spending another 13%.

Nor should the fact be overlooked that opening unused radiators or heating empty rooms is a major waste. Izverniceanu also suggests install thermostatic valves on radiators to be able to regulate the temperature of each one of them according to the needs of the room in which it is located.

As far as insulation is concerned, one of the most effective measures is to change the windows, so that they have a thermal bridge break (that is, they are built to prevent the cold outside temperature from being transmitted to the interior of the house ) and double glazing. However, “this investment is generally very high, it is not recovered very quickly, and it is more interesting to undertake when some kind of reform is going to be carried out in the house,” according to Izverniceanu.

In this regard, from the National Association of Distributors of Ceramics and Building Materials (Andimac) estimate that “a house of 90 square meters would reduce its energy consumption between 40% and 80% thanks to certain improvement and maintenance works, which could lower your electricity bill by 750 euros per year ”. These would be to insulate the exterior of the building, replace the carpentry with wood or PVC (more insulating than aluminum), and change the glass for thicker ones, with an air chamber.

Even so, there are some measures that can help save on heating and that require only a small investment, such as placing weatherstripping on doors and windows, that is, simple plastic strips that, once fixed in the cracks and joints, they plug the air inlet and help maintain the interior temperature.

It will also be avoided to cover the radiators with decorative elements or use them as dryers for clothes, so that the heating does not have to make a greater effort by offering the temperature at which the system is configured, which would lead to higher energy consumption.

Likewise, it is worth placing a reflective panel between the radiator and the wall to take advantage of and better distribute the heat, and thus recover between 10% and 20% of what is lost towards the wall. Using dark colored rugs and curtains to absorb solar radiation will also help maintain and even raise the temperature of the home. He will also use double curtains, for example, a thin one that allows the light and heat of the sun to enter, and a thicker one that does not let the night cold through.