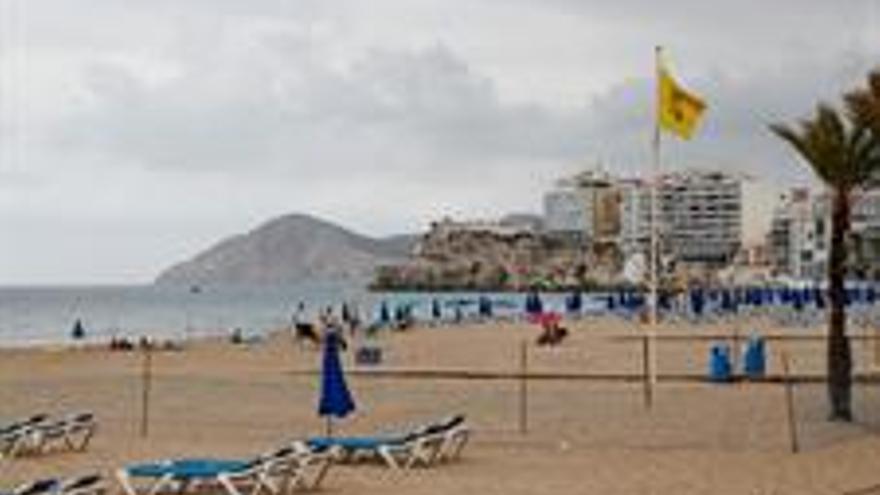 Madrid, Jul 4 (EFE) .- The State Meteorological Agency (Aemet) foresees for today, Saturday, temperatures of more than 35 degrees in the Guadalquivir, Tajo and Guadiana valleys, as well as strong gusts of wind both in the Canary archipelago as in the Strait area.

Today cloudy intervals are expected at the beginning of the day in the extreme north of the peninsula, southeast and in the surroundings of the Strait, with some showers in eastern Catalonia and the possibility of some light rain in the Andalusian Mediterranean.

The sky will be little cloudy or clear in the rest, with some clouds of daytime evolution in the Balearic Islands and in eastern Iberia, an area where an isolated shower could fall in the afternoon.

In the Canary Islands, cloudy with the possibility of weak local rain in the north of the islands of greater relief and little cloud or clear the rest.

Some morning fog banks in the interior of Galicia and the southeast, as well as in the upper Ebro, are not ruled out.

Strong trade winds or with strong intervals in the Canary Islands. Strong lift intervals in the Strait. Wind from the north in western Galicia, the extreme northeast of Catalonia, Menorca and the Ebro. Low winds in general in the rest of the areas.

– GALICIA: in the northern half, not very cloudy with low cloud intervals at the beginning, tending to decrease cloudiness and to remain high cloud intervals. In the southern half, predominance of clear skies, with some interval of high clouds at the end. Some morning fog bank in the interior of Lugo and in Orense is not ruled out. Temperatures will rise, the maximums being more pronounced, and the rise of the maximums in the interior of northern Lugo may become noticeable. On the coast, south of Fisterra, north wind, increasing in the afternoon. In the interior and in the rest of the coast of La Coruña, a weak wind variable at the beginning tending to a north component wind. Breeze regime on the coast of Lugo.

– ASTURIAS: little cloudy with low cloud intervals at the beginning, tending to decrease cloudiness and to remain high cloud intervals. Minimum temperatures will rise in the western half, especially in the Alto Narcea area, remaining without significant changes in the rest. Highs on the rise, which can be notable in the Picos area. Variable light wind, with regime of breezes on the coast.

– CANTABRIA: intervals of low morning clouds and high clouds during the rest of the day. Minimum temperatures unchanged in the west and a slight decrease in the east. Increasing maxima, which may be noticeable in the extreme south. Variable light wind, with breezes.

– BASQUE COUNTRY: low cloud intervals at dawn and clear skies during the rest of the day. Minimum temperatures in a slight decrease in the western and southern extremes, with little change in the rest. Maximums on the rise, more pronounced the further inland, becoming notable in Álava. Variable light wind, with a predominance of the northern component during the central hours of the day.

– NAVARRA: clear, except for low cloud intervals at dawn in the extreme north and west. Minimum temperatures without changes in the north and a slight decrease in the south. Increasing maxima, which will be notable in the center and south of the community. Light north and northwest wind, more intense in the southeast quadrant in the afternoon.

– LA RIOJA: little cloudy or clear, without ruling out some interval of low cloudiness at dawn in the extreme west, which may cause some mist or fog bank. Minimum temperatures in slight descent and maximum in ascent, which can be notable. Winds from the north and northwest, weak, or somewhat more intense in the Rioja Baja in the afternoon.

– ARAGÓN: little cloudy or clear. Minimum temperatures with little or no change and maximum temperatures on the rise, locally notable in the northwest. In the Ebro valley, a weak northwest wind with moderate and variable intervals of light prevailing, the north and west components predominate in the rest.

– CATALONIA: in the eastern half, cloudy sky without ruling out some isolated drizzle, tending to little cloud during the morning. In the rest, predominance of clear skies. Minimum temperatures in descent in the western half and without changes in the rest, and maximum temperatures in the Pyrenees and northeast and with little change in the rest. At the ends of the coast, moderate north and northwesterly winds, decreasing to weak variable and loose variable, with the southern component predominating in the afternoon, in the rest.

– MADRID COMMUNITY: little cloudy or clear. Minimum temperatures without significant changes, except in high areas of the Sierra where they will rise. Increasing maximum temperatures. Variable light wind with predominance from the northeast at the beginning and at the end of the day.

– CASTILLA-LA MANCHA: little cloudy or clear, except in the south of Cuenca and in Albacete where there will be intervals of low clouds at dawn and in the early hours of the morning with some morning mist. Minimum temperatures are increasing in the west of Toledo and in Ciudad Real, Cuenca, Mancha albaceteña, southeast and in the extreme northwest of Guadalajara, and with slight changes in the rest. Maximum temperatures on the rise, except in the Hellín region where they will experience little change. Loose wind of variable direction, with predominance of the east component at the beginning and at the end of the day.

– VALENCIAN COMMUNITY: little cloudy or clear, with some intervals of low morning clouds in Castellón. A cloud of daytime evolution in Castellón is not ruled out, which could give rise to a weak and isolated shower. Minimum temperatures in a slight decrease and maximum temperatures in a notable rise in Valencia, and a slight rise or no change in the rest. Component wind is weak, with moderate intervals on the coast.

– MURCIA: intervals of low clouds and morning mists, without ruling out fog banks in the interior, tending to slightly cloudy skies. Daytime evolution cloudiness in the northern mountain ranges of the region. Temperatures without changes. Loose variable winds tending to this component, more intense on the coast.

– BALEARES: in Menorca and Mallorca, cloudy intervals with low probability of some weak, occasional and isolated precipitation, with a tendency during the afternoon to little cloud. In the Pitiusas, little cloudy sky. Temperatures with little change or in decrease. In Menorca, north wind decreasing to weak during the afternoon. In the rest, light wind and coastal breezes.