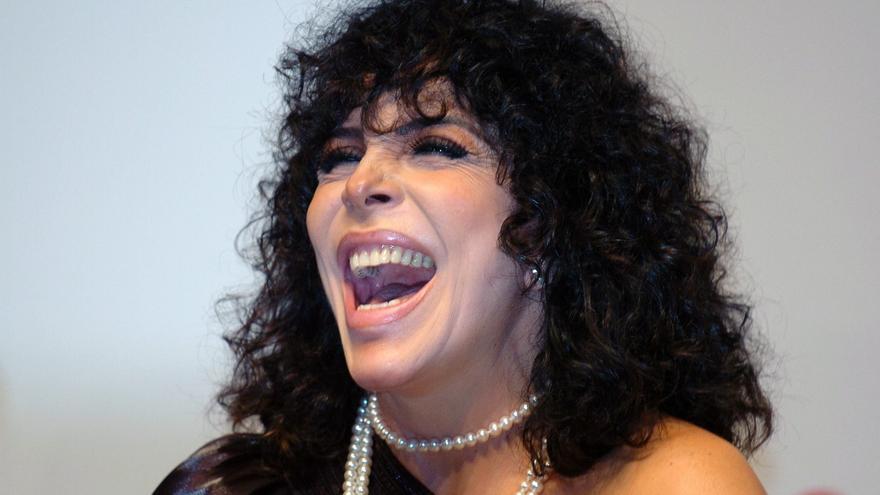 Mexico, Dec 25 (EFE) .- Real circumstances, good music, historical settings in Mexico City and Verónica Castro’s return to the cinema make up “Dime qué tú”, a film that shows that friendship between men and women is possible and talks about the importance of appreciating the position that people take in the lives of others.

“For me the message of the film is that sometimes people do not come into our lives the way we want them to or with the position that we want them to take and if you open up to see what they can really contribute to your life they can open very interesting paths, ”Ximena Romo, who plays Dani, tells Efe.

It is a “fresh” comedy, according to its protagonist, Jesús Zavala, who plays Will, a young man who lost his parents as a child and who has had little contact with people his age by living with his grandparents and surrounded by old people.

His life will change when his grandfather urges him to travel to Mexico to learn about his roots and once the journey is started he will meet Dani and Beto, two people who will become his friends and guides in Mexico City.

“It’s a movie about real people, we see a movie starring a guy who is not the typical prince charming, to whom the things that we have all gone through happen when we have this insecurity of how to approach or with someone who like it ”, explains Zavala.

In addition to knowing friendship, Will will face a first love disappointment, as he will meet the perfect woman in a young woman who only sees him as a friend.

“I think Will and Dani are a mirror, they are like the two sides of the same coin,” says Ximena, who describes her character as a very modern and free woman.

“Dani is a girl who follows her own rules who seeks to be genuine and who she really is. I was very interested in the fact that she was a fresh, free girl, who was not suffering for love, or looking for it, simply that love was something that thought it would fit into her life ”, she adds.

For his part, Zavala believes that both Will and Dani “come in different presentations but they are the same, for something they have the chemistry and connection that they have. The charming thing about this character is that he is very real, ”he says.

Another of those involved in the film is the youtuber Juan Carlos Viana Prieto, known as Juca, who is part of a film project for the second time and who plays the know-it-all friend who advises Will.

“My character believes that he is breaking it in everything, that he goes super safe there through life believing that he knows all the subjects and feels with the moral authority to advise and even scold his friends and dictate what to do in this love conflict”, Juca comments.

THE RETURN OF VERÓNICA CASTRO

In addition to the visual tour of the most emblematic places of Mexico City and an important and nostalgic selection of musical themes, “Dime qué tú” has the participation of leading actors of Mexican cinema such as the return to the screen of the queen of telenovelas , Verónica Castro, as well as José Carlos Ruiz, Fernando Bonilla and Rosa María Bianchi.

“It is an honor for me that in a single project they have given me these four greats and more than a work experience it is a free school that gives you life. I think there is a lot to learn from them if we want to maintain ourselves and have a career as stable and impeccable as theirs, ”says Zavala.

Verónica Castro’s return to the cinema is due to the fact that it was a debt that she had to pay off with her son, Michelle Castro, who is the film’s director of photography and the director’s best friend.

“I asked (Gatica) that when she had her first feature film in Mexico, she would take me with a role, even if it was small, and Gatica told me: ‘you’re going from grandmother,’ and I’m delighted, happy,” said Verónica Castro at the conference on presentation of the film who gives life to Will’s grandmother.

The film will hit theaters on December 25 in the Mexican interior, and once the cinemas in Mexico City reopen, its screening will be resumed.