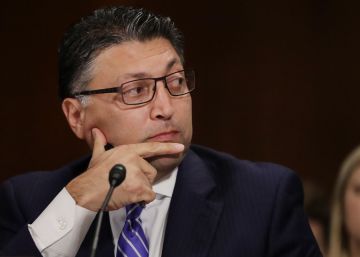 Few things portray a person like the television he consumes. There are not many global practices that bring together so many people for so long: 6,000 million people spend two and a half hours a day on the screen (the richest 300 million, double). At the same time, nothing makes portraits better than the Internet, especially if the customer’s attention and constant use is guaranteed, as data engineering demands. And so, since a non-negligible majority of televisions operate with an Internet connection, the industry big data He has found on television a priceless mine. The new giants of the sector are by their way of exploiting the trail that each viewer leaves behind, with each change of program, with each reproduction of something already seen, with each pause, with each rewind. As Jeff Bewkes, the former CEO of the Time Warner media conglomerate, said in April 2018: Amazon, Netflix, YouTube and Facebook “know more than our customers than we do.”

The great platforms of streaming They have the potential to know so much about each user that their power begins to irritate some members of the US Department of Justice. In a series of opinions – personal and isolated – published in recent months, some visible faces of the institution have warned that, in the United States, the industry is sailing towards a new horizon, closer to the excesses of social networks such as Facebook and Twitter than the traditional audimeters and audience calculations. In a speech delivered at Harvard on November 8 and recently cited by The Hollywood ReporterMakan Delrahim, head of antitrust at the Department of Justice, warned of the abuses that can emerge from this new situation, and described the role of his team: “Antitrust must face the fact that, in the digital economy, data intersects with others throughout the Internet, and many times they go beyond the mere improvement of a product, and they directly determine the decisions of a consumer ”. He added: “Antitrust must take into account if it has multiplied, and how much, the magnitude of the data collected [por las plataformas]; also what kind of information is collected and what consequences does a company have to cross the usage data of an application with the user’s personal data ”.

An intervention could have many aspects. Google closed last year a deal to acquire Fitbit, the smart watch house famous for the detailed monitoring they carry out of their carriers’ activity, for 2,100 million dollars. According to Reuters, the Justice Department is considering stopping him for fear that Google will end up with too much information about the American client. In the case of television, preventing mergers would vary as normal in the industry. At the same time, isolating companies and avoiding the crossing of data between them could create even more problematic monopolistic trends. “Netflix does everything in its power to prevent its data from being seen by third parties. It encrypts them so that telephone companies and Internet browsers cannot access them, and does not share their results even with the studies that produce the material that is seen on the platform, and that naturally want information about their own series, ” He alerted last fall in a letter to the Department Adam Candelub, a professor of law at Michigan State University.

All this is more indicative of the weather that begins to breathe in some circles on television on-line than of any imminent intervention. There are also not a few detractors of the idea that the State gets into such a young industry. In the article Does Antitrust Have a Role to Play in Regulating Big Data ?, published at the University of Cambridge in 2017, the professor at the University of Florida D. Daniel Skol reasons: “An intervention on market forces endangers the client, especially in markets that move so fast, and the proposed remedies, such as limiting data collection, or forcing large companies to share it with their rivals, have more ballots to damage free competition and innovation, and in fact open Privacy questions. ”