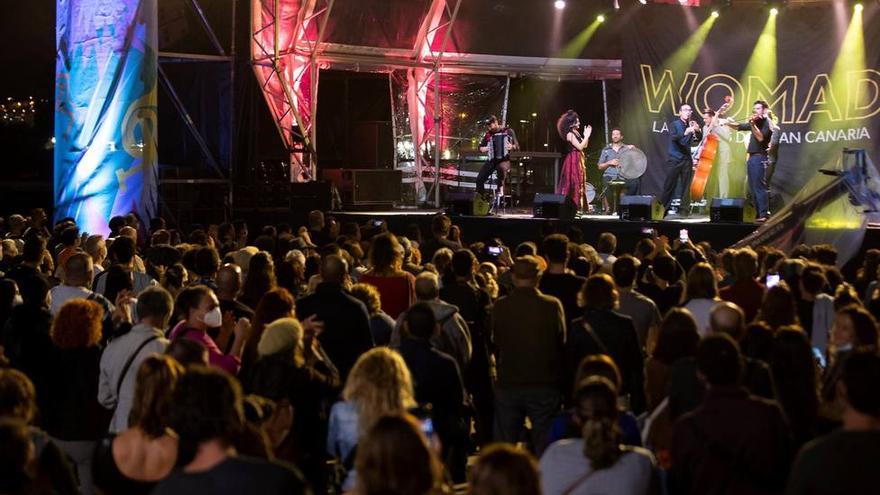 Televisión Canaria today broadcasts a special program dedicated to the latest edition of the Womad Gran Canaria-Las Palmas de Gran Canaria Festival, held last November, between 11 and 14. Four days of music in which a total of 29 participated artists of 19 nationalities and that included workshops for children and adults; the literary meeting Mundo de Palabras and the traditional Casa África Film Series.

This special summary of Womad will be rebroadcast right after the broadcast of Noche de Taifas. The program contains some of the highlights of the concerts held on Friday and Saturday on the stages located in the Santa Catalina Park, which witnessed the return of the festival, still with restrictions due to the pandemic, but recovering a certain normality . like being able to dance standing up.

The last edition of the Womad Festival had the participation of established artists from different latitudes, such as Amparanoia, Ana Tijoux, Oumou Sangaré, Dubioza Kolektiv or Raúl Rodríguez; emerging projects with a great future ahead of them, with excellent staging, such as Cimafunk, My Baby, Bab L'Blue, Lova Lova or Ami Yerewolo; Proposals from popular culture from other countries, such as Pauanne, Vassvik, Trio Da Kali, Canzionere Grecanico Salentino or Noura Mint Seimaly.