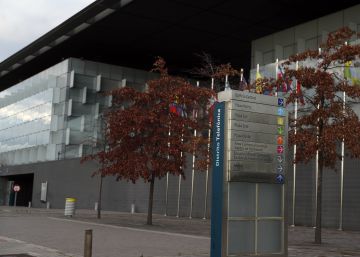 Telefonica continues with the process of configuring the new Tech divisions, in charge of cybersecurity businesses, big data and internet of things, and Infra, which will group the infrastructure. The teleco will promote the transfer of workforce to these new areas from other divisions. A usually complex process since it involves the change of employees from one company to another.

According to industry sources, a good part of the employees will arrive from subsidiaries such as the former Telefónica Digital, TIWS, R&D and TIS. In some cases, workers will pass directly from their current society through their integration into the new units, such as with the passage of entire areas such as cybersecurity.

A second way is the transfer of employees from the Spanish divisions, encompassed under the agreement of related companies (CEV), where there are already agreed conditions.

A third way of incorporating workers to the new divisions will be hiring externally, directly with individually agreed conditions. The operator has maintained a strategy to incorporate specialists in new activities such as big data. In addition, in the discharge plan for the corporation, closed a few days ago, Telefónica stopped the departure of workers in the areas related to the digital sphere.

The company indicates that there is the best disposition to manage this type of negotiation that involves the transfer of human resources from one subsidiary to another.

In turn, the unions have positioned themselves before the start of the negotiations, which will take place soon. UGT recalled the absolute validity of the guarantees established in the aforementioned collective agreement, in terms of guarantee of employment, of forced non-geographical mobility and that any restructuring of activities that directly affect the volume of employment does not imply compulsory ascription. The union considers a labor agreement that recognizes the reversibility and right of return to Telefónica Spain of the workers who can pass to the new divisions, together with the maintenance of the consolidated rights, necessary. Likewise, it warns against any “decapitalization” of Telefónica España with the transfer of the strongest income lines to the new subsidiaries.

CCOO, on the other hand, warned a few days ago that once the company presents its development plan, it will be at the front of the negotiating tables to defend the interests of the workers.

In any case, possible changes have encountered some resistance, especially from minority unions.

In any case, the process is still in the early stages. The teleco has to carry out the corporate movement in the configuration of Infra and Tech, and decide which assets are integrated.

Since last summer, Telefónica has maintained an intense negotiating activity with the representatives of the workers in the Spanish subsidiaries. In the background, the company seems to have set itself the goal of maintaining social peace.

The main agreement was the one linked to the new collective agreement for Telefónica España companies, which included a voluntary leave plan that resulted in the departure of more than 2,600 people.

The electricity bill shoots up 45% in the first half of June, with almost 28 euros more