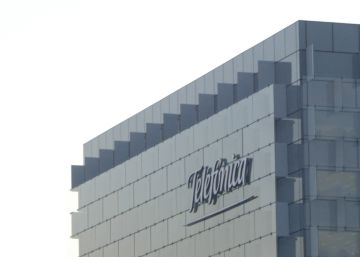 Telefónica will stop the departures of workers in the areas related to the digital sphere, within the voluntary leave plan launched for the corporation and the global units this week. In principle, in the program, the company has the right of veto.

According to industry sources, it would not make sense to leave personnel from these areas linked to new technologies such as big data or artificial intelligence, when at the same time personnel are being sought to reinforce them. “The company would be paying both employees for leaving and new workers hired for these areas,” said these sources, who point out that not only would not be achieving savings, but there would be more costs, the opposite of what is sought.

These activities have been considered strategic by the company. These include areas such as artificial intelligence and the development of new digital services, on the one hand, as well as cybersecurity, the internet of things, the big data or the cloudOn the other, the latter have been integrated into the new Telefónica Tech division, which is directed by José Cerdán.

In this sense, other sources in the sector indicate that this unit has already practically configured the template. In fact, it was the first of the new units in which the operator established the address. The teleco has entrusted part of its future growth to Tech, and expects it to generate more than 2,000 million euros in additional revenue in 2022. In the presentation, the teleco said it wants to give new impetus to these digital services.

The company is in a moment of changes. Telefónica has launched Plan 10, so that workers who have a minimum seniority in the ten-year group would receive five annuities, including salary and bonus, deferred for ten years, as this newspaper advanced last Wednesday. Employees who have been at Telefónica for five to ten years would receive three annuities for five years, while for directors, the plan sets four annuities over a period of eight years.

In this plan there is no age limit, although there is a competition clause, which prevents those who accept working for competing companies for two years. Telefónica wants to close the program quickly, so that those who adhere will have the deadline to communicate until Monday. The objective of the group is to close the plan in the month of March.

On the other hand, Telefónica’s share bounced 1% yesterday, up to 6.1 euros, ending a negative run, which in recent days had led to matildes to lose the level of six euros, and approach the minimum of the last 20 years, registered in August.

The company reported on Wednesday to the National Securities Market Commission (CNMV) an increase in its treasury stock, up to 2.44% of the capital, with an acceleration of activity since August last year, when the fall in the Stock exchange. Within this treasury stock, Telefónica highlighted an indirect participation of 0.94% of the capital for a derivative of the Italian Mediobanca.

O2, the British subsidiary of Telefónica, announced yesterday new alliances to boost Open RAN mobile network technology, which seeks the implementation of open standards. Thus, it has established agreements with the companies Mavenir, DenseAir and WaveMobile to exploit this technology, with the intention of starting commercial deployments in a period between 18 and 24 months. Telefónica has been one of the telecos that have most opted for the Open RAN as a way to reduce dependence on traditional equipment manufacturers. In October, Telefónica Innovation Ventures entered the capital of US Altiostar, which has developed a virtualized open RAN software solution for 5G, compatible with open interfaces.