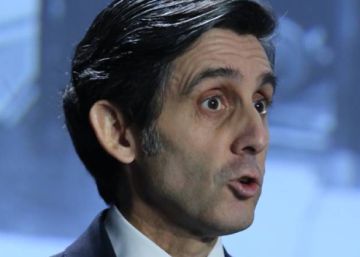 Telefónica’s scenario in the United Kingdom, one of its four strategic markets, is about to change. The British competition authority (CMA) confirmed yesterday that it has given a provisional green light to the merger of O2, the British subsidiary of the Spanish company, with Virgin Media, owned by the American Liberty Global. The operation, valued at 31,400 million pounds (about 36,180 million euros), is the largest in the history of the Spanish group

“A thorough analysis of the evidence gathered during our investigation has shown that the deal is unlikely to lead to an increase in prices or a reduction in the quality of mobile services, which means that customers should continue to benefit from strong competition.” said the CMA.

The two partners, who will share the capital 50%, made a first statement. “Liberty Global and Telefónica have received the publication of the provisional conclusions of the CMA in the framework of its examination of the proposed merger of their businesses in the United Kingdom. We continue to work constructively with the CMA to achieve a positive outcome. We expect the closing towards the middle of this year ”, they indicated.

The operation has at least two main aspects. On the one hand, it is fundamental for Telefónica’s plans to reduce debt and, on the other, it will create a telecommunications giant in the United Kingdom that, with 46 million lines, between mobile, fixed broadband and television, will challenge the historical leadership of BT.

UBS noted that the merger poses a risk to BT, recalling that Virgin Media could expand its fiber footprint to an additional seven to ten million households. Virgin’s initial plans were to reach 15 million at the end of the year, although his management indicated that they could reach 16 million. In this vein, Exane BNP Paribas, Deutsche Bank and HSBC spoke out, warning of greater collaboration between the new O2 Virgin with groups such as Sky, and putting pressure on BT Openreach.

On the financial side, the integration of O2 and Virgin is key to the plans of Telefónica and its president, José María Álvarez Pallete, in reducing debt. The manager may attend the annual shareholders meeting, which is held on April 23, with these duties done.

With the operation, Telefónica foresees a debt reduction of between 6,300 and 6,652 million euros, and an initial payment of 6,500 million. At the end of 2020, its debt was around 35,000 million, although, with the pending operations, the aforementioned merger of O2 and Virgin, and the sales of Movistar Costa Rica and the Telxius towers to American Tower, it would be close to 26,000 million. “The operation will accelerate the deleveraging of Telefónica,” Credit Suisse said.

Bank of America pointed out that the operation generates value for Telefónica and Liberty, recalling that the synergies for opex and capex will be around 6,000 million pounds, with another 2,000 million due to synergies related to tax payments. “For Telefónica, the merger will double the cash generation capacity that O2 had separately, reaching a profitability of 16% in 2024,” said the bank, recalling that the new operator will pay dividends with cash surpluses.

Final approval could take place in May, according to industry sources, who point out that it is highly unlikely that the CMA could change the direction of its decisions.

Both partners have worked with this conviction, laying the foundations for a rapid start-up of the new company. In fact, already in September 2020, they completed the recapitalization of the joint venture, with the raising of more than 6,100 million euros between credits and bonds. Last week, Telefónica and Liberty announced that Lutz Schüler, from Virgin will be the CEO of the new operator, while Patricia Cobián, financial director of O2, will occupy the same position at the joint venture.

The market, so far, has reacted coldly to the CMA announcement. Telefónica shares closed almost unchanged yesterday, at 3.73 euros.

Banco Santander pointed out that matildes They have not reflected the positive impact of the merger, indicating that it will increase Telefónica’s capitalization by 3,200 million euros and the share price by 0.59 euros.

The adjustments that come, only in taxes

Algorithms to give all the answers to ‘ecommerce’