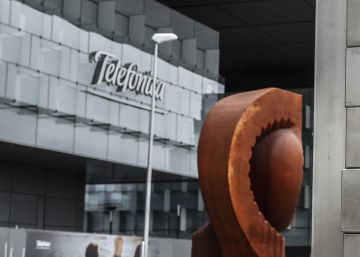 Telefónica has appointed two new directors in the last days at Cornerstone Telecommunications Infrastructure Limited (CTIL), the subsidiary of mobile phone towers in the United Kingdom, with a 50% stake in Vodafone. And in both cases, the teleco has chosen two executives with a clear financial profile.

In fact, Patricia Cobián, financial director of O2, the British subsidiary of Telefónica, has joined the board of directors of CTIL. Cobián, which was previously part of the management of Telefónica Europe when it was chaired by José María Álvarez-Pallete, was appointed to the position at the end of the summer of 2016, when the group planned to take its division in the United Kingdom, shortly after that the European Commission block the sale to Hutchison. In addition, he replaced Mark Evans, who weeks before had been appointed CEO of O2.

Likewise, Telefónica has appointed James Robert Gill, another of O2’s financial officers, as CTIL advisor. In this case, the arrival of Gill is equated with the departure of the CTIL board of Laura Fernández, who was also part of the O2 financial team.

The other two representatives of Telefónica on the CTIL board of directors are Derek McManus, O2 Operations Director, and Brendan O’Really, O2 Technology Manager (CTO).

On behalf of Vodafone, Emanuele Toumon, chief financial officer of Vodafone UK; Scott Petty, CTO of the British subsidiary of the teleco; David Wormald, also a member of the financial department the operator; and Andrea Dona, head of Vodafone UK networks.

This renewal comes at a time of changes for CTIL, created by Telefónica and Vodafone in 2012, to group its tower assets in the United Kingdom. At the beginning of 2019, both partners established a new agreement to extend network sharing to 5G, and thus accelerate deployments. In addition, they indicated that they would explore ways to optimize passive tower infrastructure and “monetize” CTIL, without ruling out any options.

Last fall, Vodafone hired UBS to analyze the possible sale, according to the Financial Times, while Telefónica did the same with Goldman Sachs, although in this case to analyze the entire strategy of the group in the field of towers, which is going to focus on the constitution of the new Infra division. Among the options that were handled was the sale of 40% of CTIL’s capital to a new investor.

At the end of the previous fiscal year, in March 2019, CTIL granted a net book value to its property, plant and equipment assets of 1,140 million pounds (about 1,340 million euros). However, different analysts have valued the company above 2.6 billion euros.

CTIL recorded revenues of 340 million pounds in the last fiscal year, 3.9% less, with losses of 103 million. In any case, the CTIL business, which in recent years has been a cost center as a result of deployment costs, will depend in the future on the operating routes decided by Telefónica and Vodafone.

Strategy. With the new strategic impulse of Telefónica, approved at the end of November, the United Kingdom consolidated itself as one of the four main markets of the operator, along with Spain, Brazil and Germany. In this way, the times in which the group planned the sale of this division seem to be left behind. In fact, there was an agreement for sale with Hutchison, an operation that was blocked by the European Commission.

Evolution. The truth is that O2 has maintained a trend of strong growth in recent times. For example, in the first nine months of 2019, the British division’s revenues increased 4.7% in organic terms (4.8%, reported), to 5,184 million euros.