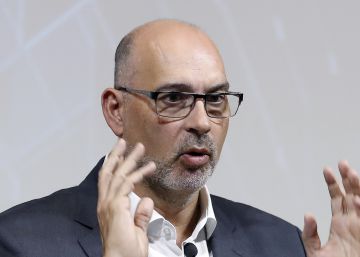 Telefónica España has taken an important step in the renewal of labor relations. The company, in the final offer for the extension of the second related company agreement (CEV) one more year, until the end of 2022, has included the alternative of implementing an online system with the debated four-day working day. Of course, with a salary reduction for those who decide to join.

In this way, in the extension of the agreement, it plans to establish the Bonus Flexible Weekly Workday (JSFB), of voluntary affiliation, by which employees, who decide to adhere to this model, will work 32 hours a week (without changes in the day, well split, well continuous), eight hours a day from Monday to Thursday, voluntarily, in writing.

From the 5.5-hour reduction in the weekly working hours, the company proposes to discount one hour, around 20% of all the aforementioned reduction, according to union sources.

This option will be reversible by giving a one-month notice with just cause and all those requested will be granted with a maximum of 10% of the employees that make up the basic management. However, requests that exceed this percentage will be resolved following organizational and activity criteria.

For now, the company will begin a three-month pilot test, from October until the end of the year. Registration will be open from July to September of this year. This pilot test will be extended to all business units except those whose form of organization prevents its implementation.

From that moment, once the results of this pilot have been analyzed, the employees who continue under this model will have one year that will be renewable by agreement of the parties.

The launch of the aforementioned flexible day is aligned with the company's definitive commitment to teleworking, after the return to normality after the Covid-19 crisis, which has forced different restrictions. Thus, the final proposal of the agreement includes two days a week of teleworking, which can accommodate about 10,000 employees. The company offers the possibility of accumulating those days, prior agreement with the director and in the modality and at the time that the two parties agree.

The company will equip the teleworking employee with a computer (smart PC or similar), as well as helmets, a corporate mobile line with unlimited data, the maintenance in the current terms of the exclusive discounts for employees with respect to fixed connectivity, in addition to an ergonomic chair.

In addition, the final proposal includes a boost to the Smart Worko work in mobility, intended for pre-sales and post-sales sales and engineers (around 5,000 employees can be accommodated), who require flexibility in their working hours. The company will allocate means, equipment and tools, in addition to guaranteeing data protection, digital disconnection, time registration and occupational health, among others.

The new CEV, which covers the more than 19,000 employees of Telefónica de España, Móviles y Soluciones, will be voted on by the internal bodies of the unions and, if as foreseeably approved, it will be signed in the next few days.

Revision. The final salary increase offer in this extension of the Telefónica Spain agreement is 1% less slippage, plus the plus of 300 euros to be paid this October (150 consolidable for January 2022) and another 300 in October 2022, in this non-consolidable case. In addition, if the accumulated real CPI for said period were higher than the agreed increases in the global wage bill, the wage tables would be revised with effect from January 1, 2023 to ensure that there is no loss of purchasing power in this period.

Start. The final offer is above the initial proposals of the company, which had advocated austerity in the current crisis, and the strong competitive pressure experienced by the telecom sector.

Planas expects a "positive evolution" of the food shopping basket

The Ibex maintains its good streak and attacks 8,500 points

94% of boat arrivals in August are concentrated in four days