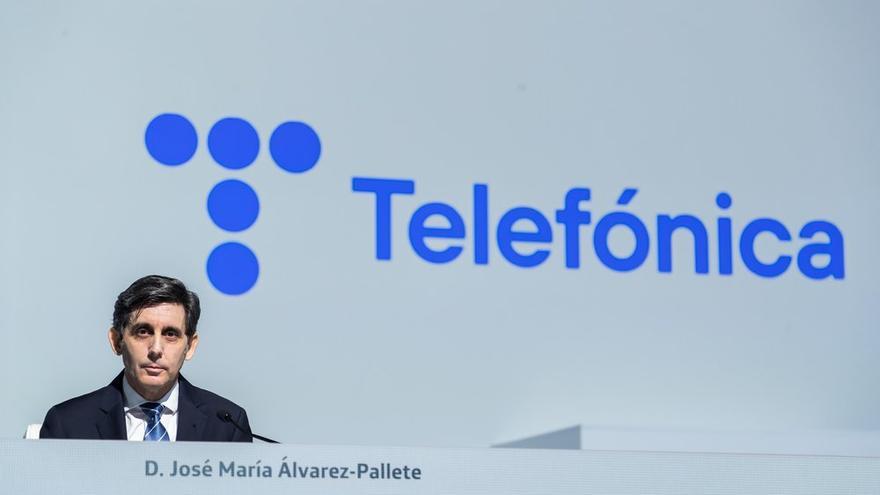 Divestments in Telefónica do not stop. The company held its general shareholders’ meeting this Friday in which the group’s president, José María Álvarez Pallete and the CEO, Ángel Vila, located Telefónica Tech, a subsidiary created in 2019 to bring together the big data businesses , cloud, and cybersecurity, among the businesses on which the sale will be studied. Along with this subsidiary, the submarine cable and data centers are also in the group’s portfolio of possible sales.

The Spanish company does not speak directly of sale, although it refers to these assets as with “value options”, which in the past has referred to other sale operations, such as the one announced at the beginning of this year for the sale of Telxius telecommunications towers.

Vila has assured, in response to the responses of shareholders during the meeting, that this subsidiary has achieved a revenue growth of 14% in the past year. “We are gaining market share in some businesses with strong growth, it is the year to improve that growth and increase profitability,” said the CEO, who will serve “to enhance” this business, suggesting future corporate operations in the future. . “Its growth will give us the optionality to be able to value the units in due course”, Vila pointed out.

Telefónica Tech was born in 2019 during the restructuring that the company made of its businesses and its priority markets. This company, which has subsequently been divided into two, sought to group businesses outside of telecommunications with a broad growth path. Now, a year and a half later, Telefónica places the future of Telefónica Tech together with the submarine cable, the data centers, or the subsidiaries in Latin America among those businesses from which it seeks to obtain income in its policy by reducing the group’s financial debt. As Pallete explained during his speech, the goal is to place it at 26,000 million in the coming months, half of what there was in 2016, when he became president.

After the operations closed in recent months, Pallete has celebrated the result of the sales that have been closed and has indicated that “we continue working” on other agreements. “We have options on various assets, various strategic alternatives on the submarine cable or Telefónica Tech, which are growing and we are evaluating as a possible source of value creation,” he said.

The manager faced his re-election this Friday for another term at the helm of the company. Finally, shareholders have endorsed that Pallete remain in office for another five years. He assumed the presidency in 2016 when his predecessor, César Alierta, retired from office. The manager has received the backing of 84.6% of the company’s shares. In recent days some proxy advisers at these boards, known as proxy advisor in financial jargon, had recommended that a vote be taken against the appointment for a new term.

If nothing changes, the executive will lead the group when it reaches 100 years of history, in 2024. For this reason, the company has announced a new image and logo reminiscent of that of Telefónica in the eighties. “We want to accept our past and face the future,” said Pallete during his balance speech last year.

In this new period, the company will focus on taking advantage of and promoting the country’s digitization, extending fiber networks and 5G deployments and continuing to reduce debt, which, once ongoing operations such as the sale of part of fiber optics in Chile, Telxius towers or the formation of the UK subsidiary will be half that of 2016.