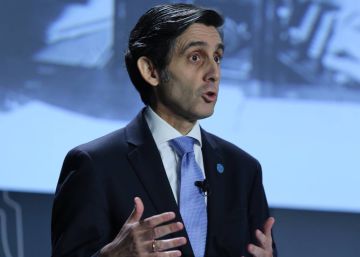 Telefónica recorded a net profit of 831 million euros in the first half, 53.5% less than in the same period of the previous year. In the case of the second quarter, the decrease is 50.7%, to 425 million. The semi-annual underlying earnings per share reaches 0.23 euros.

In turn, the group’s reported income fell 10% to 21,706 million euros. In organic terms, the decrease is 3.5%, according to the teleco in the semi-annual financial report corresponding to the first half, sent to the CNMV.

In the second quarter, reported income amounted to 10,340 million and oibda to 3,315 million, down 14.8% year-on-year and 25.3% respectively, reflecting the negative impact of currency depreciation, especially of the Brazilian real against the euro, and the Covid-19, marked by the confinements, which caused a reduction in commercial activity as a consequence of the confinements decreed in the different countries to face the contagion. The reported transaction is impacted by an impairment of goodwill allocated to Telefónica Argentina of 109 million euros.

The results are weaker, although they are in line with what is expected by the market in the current pandemic scenario. Telefónica shares left 1.7% at the opening, although with the passage of minutes, the drop never deepened to around 3%.

The company points out that the negative effects of the pandemic on commercial activity in the countries where it is present had a negative impact of 729 million; unfavorable exchange rate movements had an impact of 791 million, while changes in the perimeter had an impact of 64 million.

In organic terms, and in the four main markets of Telefónica, the drop in revenues and revenues is contained in -3.8% and -6.6% respectively.

The company has confirmed its targets for the year, which had been revised at the end of the first quarter. Thus, the teleco confirms the year-on-year organic growth of the OIBDA-CapEx ratio for 2020 from slightly negative to stable. In turn, the 2020 dividend remains at 0.40 euros per share.

The 2022 targets are also reiterated, with organic growth in revenue, and an improvement in the ratio of (OIBDA-CapEx) / Revenue by 2 percentage points compared to 2019.

Telefónica highlights that it maintains the focus on a continuous reduction of debt, which fell by 7.5% year-on-year to 37,201 million euros as of June 2020, with a decrease of 1,000 million in the second quarter. A better figure than expected, according to Fidentiis. Net financial debt including leases amounts to 43,637 million euros as of June 2020 (compared to 45,123 million as of December 2019).

The operator has highlighted its solid liquidity position of 23,698 million euros, with a liquid assets position of 10,000 million, with debt maturities covered beyond the next two years. The group, in the current environment of low interest rates, has refinanced 9,047 million euros of its net debt in the first half, thus extending its average life to 11.2 years (December 2019: 10.5 years). In addition, the Group maintains an additional liquidity of £ 4 billion to secure the financing of the O2 JV with Virgin Media, announced in May.

The company indicates that there has been an improvement in free cash flow in the second quarter, up to 988 million euros, which has resulted in the aforementioned debt reduction. In the whole of the semester, it amounts to 1,222 million. This evolution is mainly a consequence of lower interest payments of 435 million, lower consumption of working capital of 358 million, lower payments of principal of leases of 222 million, partially offset by 167 million of higher dividends paid to minority interests and reduction of OIBDA -CapEx.

Telefónica has also adjusted investments to the scene of the pandemic. Thus, capex decreased by 19.6% year-on-year to 2,721 million euros in the first half. In organic terms, it decreased 11.3% year-on-year due to effective management of capex during the COVID-19 pandemic, which continues to focus on accelerating connectivity excellence (deployment of LTE and fiber networks, increased capacity and virtualization of the network).

In addition to the impact on the income statement, the depreciation of the currencies of the countries in which it operates has also penalized Telefónica’s equity, which went from 25,450 to 19,501 million, mainly because the conversion differences (which include this exchange effect) have They were negative for an amount of 5,079 million and have meant that the total global result for the period was losses of 4,619 million.

By country, only Germany registered growth, with an advance of 2% in the semester and 0.3% in the second quarter.

Spain, the main market, reduced its income by 3.4% between January and June, to 6,106 million euros, with a decline in the second quarter, marked by the Covid-19 crisis, of 5.2%.

Brazil registered revenues of 3,954 million euros in the semester, 21.4% less reported due to the impact of the depreciation of the real against the euro, and 3.2% less in organic terms. In the second quarter, revenues fell 29.5% in reported terms.

Telefónica United Kingdom, marked by the announcement of its merger with Virgin Media, a subsidiary of Liberty Global, reduced revenues by 1.2% reported and 1.1% organic in the first half. Between April and June, the decrease is 5.2% and 3.8%, respectively.

At the same time, Telefónica Hispam, in the midst of the reorganization process, registered semester income of 4,085 million euros, 18.6% less reported, as a consequence of the aforementioned impact of the currencies. In the second quarter, the decrease is 28% reported and 10.8% organic. Most of the countries included in this division have been affected by the pandemic.

Telefónica, in any case, defends that there has been an acceleration in the execution of strategic priorities in the four key markets: Spain, the United Kingdom, Germany and Brazil. The group highlights the resistance of the business, given that the oibda-capex increased 1.9% year-on-year (organic) and the margin by 1.3 percentage points in the second quarter, with an increase in customer satisfaction.

Teleco has improved its position in the United Kingdom through the combination of O2 UK and Virgin Media, while in Brazil there has been a boost to consolidation, with the joint binding offer for Oi’s mobile assets presented with TIM and Clear. In Spain, one of the bets has been the renewal of televised football rights.