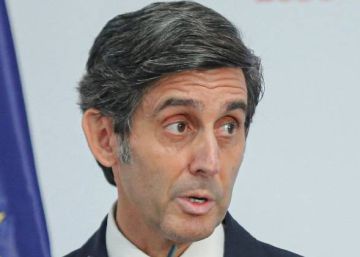 The company has explained that this dividend will be payable in December 2021 (0.15 euros per share) and in June 2022 (0.15 euros per share), through the modality of voluntary flexible dividend (scrip). “This decision allows Telefónica to continue with the transformation of the company, investing in the areas with the greatest growth potential, reallocating resources to capture these opportunities, improving the capital structure and maintaining an attractive return to shareholders,” the company says.

The operator, however, has specified that the second tranche of the 2020 dividend (0.20 euros per share) will be paid in June 2021, through the modality of voluntary flexible dividend, as planned.

In addition, Telefónica has confirmed its intention to redeem a total of 1.5% of shares representing the capital stock in treasury stock (1.860% as of January 13, 2021, according to the CNMV registry).

In this scenario, the president and CEO of Telefónica, José María Álvarez-Pallete and Ángel Vilá, respectively, have waived 100% of the remuneration that would correspond to them as a long-term incentive for the year.

Regarding the objectives for 2021, Telefónica expects a stabilization of the trends in revenue and Oibda, as well as a return to the normalized level of the CapEx ratio over sales of up to 15%.

With regard to operations, Telefónica obtained a net profit of 1,582 million euros in 2020, 38.5% more than in the previous year. “This result demonstrates the efficiency in the management of the company in the face of the difficult conditions caused by the pandemic, as well as its transformation capacity to combat this scenario, which has allowed it to dismiss the exercise with a clear operational improvement,” says the company .

Between October and December, earnings reached 911 million euros, the highest in a single quarter since the start of 2019.

Revenues for the fourth quarter fell by 12.0% year-on-year to 10,909 million euros, with a total volume of 43,076 million for the year as a whole, 11% less. Revenues are mainly affected by the impact of Covid-19 and the negative evolution of exchange rates.

The company, however, has faced an improvement in the final part of the year. In organic terms, revenues for the fourth quarter decreased by 2.0% year-on-year and Oibda by 2.8% year-on-year, improving the trend sequentially by 2.2 and 5.4 percentage points, respectively. “There is a recovery in the four main markets due to proactive management and dynamic commercial activity,” the company says.

Capex fell 15.6% year-on-year to 1,795 million euros in the fourth quarter, and 33.3% to 5,861 million in 2020. “In organic terms, it fell 8.0% between October and December, and 12.0% for the year as a whole, due to effective investment management and the continuous focus on accelerating connectivity excellence while improving quality and the customer experience ”, says Telefónica.

The operator has maintained its debt reduction strategy. At the end of the year, the net financial debt was 35,228 million euros, excluding the payment of leases, 2,516 million less than at the beginning of 2020. In the fourth quarter, the reduction was 1,449 million. Net financial debt, including leases, amounted to 41,697 million as of December 2020, compared to 45,123 million on the same date in 2019.

Telefónica has highlighted that this improvement is driven by cash generation. In this way, free cash flow reached 4,794 million euros in 2020, improving by 13.2% year-on-year in the fourth quarter, reaching 1,993 million.

This debt volume that does not include the 9,000 million euros, 25% of the current net debt, from the inorganic operations pending closure, and among which the merger of O2 and Virgin Media in the United Kingdom or the sale of Telxius Towers to American Tower. If the company dedicated these funds to reducing liabilities, the debt would drop to around 26,000 million.

“This additional amount will provide Telefónica with greater optionality and financial capacity to continue reducing its debt,” says the operator, adding that, in the last four years, it has cut its net debt by approximately 17,000 million, almost 30% of the existing in mid-2016.

In this sense, interest payments fell by 32.1% year-on-year to 1,171 million euros in 2020, mainly due to the reduction in debt and its cost, as well as the positive impact of exchange rate hedging. The effective cost of interest payments for the last 12 months (excluding positive effects in 2020) stands at 3.07% as of December 2020 (excluding interest from leases it would be 3.11%).

In parallel, and as an important reinforcement within the complex financial environment caused by the pandemic, Telefónica continues to have a solid liquidity position. “At the end of 2020, it amounted to 21,447 million euros, enough to cover the maturities of the next two years,” says the operator.

Guide for those affected by the La Palma volcano: who pays for the damages? | My Rights | Economy