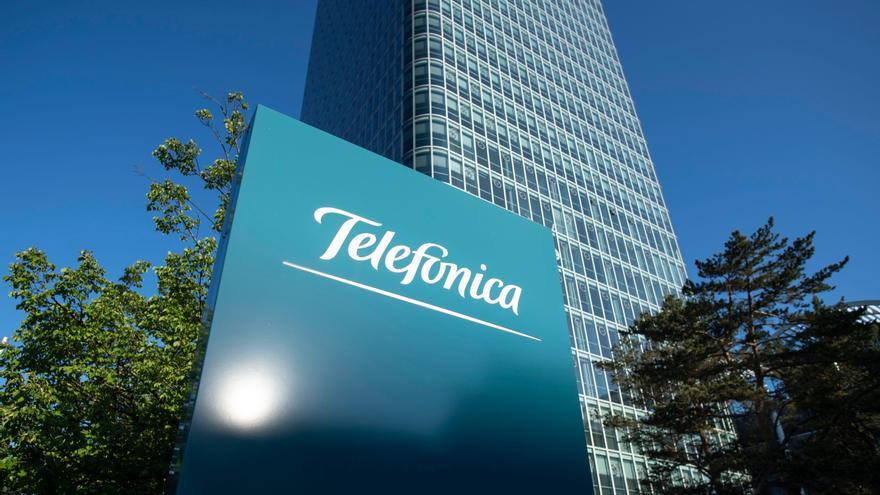 Telefónica has opened an important melon with the unions to reduce its workforce through incentive leave for its older workers, those born before 1967. Although initially there were about 1,900 employees those who could sign up, the company has raised that figure to 2,700 people. With this, the group would have reduced its workforce in Spain by half in just a decade, according to statistics from the National Commission of Markets and Competition (CNMC), regulator of the telecommunications sector.

The telecommunications company has accelerated in recent years different plans to reduce costs and face its gigantic debt. To do this, it has made different business sales (the Telxius towers, the last one), but has also addressed personnel adjustments. Although, the reduction of the workforce is not an exclusive trend in recent months but has been reducing the number of workers for more than a decade. At the end of 2011, according to the CNMC, Telefónica had around 30,200 workers. As of June this year, the number had dropped to 18,222. If all the exits proposed for the moment are carried out, the old state monopoly would be left with less than 15,500 workers.

For this new cut in the workforce, Telefónica has once again resorted to the system known as the Individual Suspension Plan (PSI) and not to an ERE. In short, the model has some technical differences such as that in practice it is not a termination but a kind of suspension of the company’s contract with the adhered workers. The current PSI opened by the company in Spain is the third, after those carried out in 2016 and 2019, just two years ago. Until that first year, the group had opted for ERE. Thus, since the end of 2015, some 12,000 people will have left the group, taking into account the figures raised now, according to figures from the CNMC. The year 2020, despite the pandemic, was a mirage, ending with a slight increase in dozens of workers in the company.

At first, Telefónica proposed to the unions a new PSI for 60% of the workers born before 1967 and who worked in certain departments. This gave a number of outputs of 1,900. Subsequently, and at the request of the unions, all the group’s departments in Spain were included, increasing the number to 2,500. Finally, this Thursday the percentage of departures rose to 75% in some areas, which ends with the figure on the table of some 2,700 contract suspensions. For these exits, Telefónica offers 68% of the regulatory salary and covers the agreement with social security up to 63 years of age. In addition, certain social benefits are maintained for workers, such as basic medical insurance or risk group insurance up to 65 years of age. Contributions to pension plans are also maintained, with the worker having the obligation to make the corresponding contributions. The conditions are similar to those of previous ISPs in the group.

As happened in 2019, Telefónica’s employment adjustment plan has been produced after negotiating a renewal of the agreement collective. This year’s had the novelty that the four-hour working day was going to be tested in certain departments of the company in Spain, with reduced working hours, being one of the first large companies in the country to apply this measure. The plan has been in place since last October.

The reason for this new PSI raised by the company to the unions lies in the commercial war that currently exists in the sector of telephone operators in Spain. The push of low-cost companies in the market, as occurs in other European countries, has resulted in customer losses, reduced revenue and narrowing of margins for which until a few years ago were the dominators of this activity: Orange , Vodafone and Telefónica itself.

This same argument is the one behind two other job cuts in 2021 in the telecommunications sector. Before summer it was orange’s turn. The French company decided to undertake an ERE in its Spanish subsidiary that ended with 400 layoffs. Months later, already in autumn, it was Vodafone’s turn, who agreed with the unions 442 dismissals. In addition, toannounced the closure of its own stores in Spain.

Between January and June of this year, before these three plans to cut jobs, 160 workers left the large telecos. With the ERE of Vodafone and Orange and the PSI of Telefónica, which is not yet closed and the terminations could take several months, the figure would rise to 3,754 fewer workers compared to the end of 2020. Following the statistics of the CNMC, it would be among the years with the most layoffs in its historical series.

With this, the three large operators in the Spanish market would be left after these processes with 24,600 workers in Spain. They are almost 15,000 workers less in a decade. Another data that shows this reduction in the telecommunications sector is that the three large companies will add fewer employees than those that only Telefónica had in 2015.

At the same time that these labor movements have been taking place in the sector, the three large operators have heated up the possibilities of mergers in recent weeks. Telefónica has been discarded, due to its size in Spain, Vodafone and Orange have publicly chosen as possible players in this concentration with which they seek to improve the profitability lost due to the push of other brands. Brands such as MásMóvil, which this year has absorbed Euskaltel, although without a large-scale workforce cut, as it is one of the commitments in the takeover bid.

The pressure on revenues is pushing towards the search for ways of efficiency for the large companies in the sector. This has resulted in job cuts and increased noise about company mergers. This week the CNMC published its quarterly update of data on the telecommunications sector in Spain. In it, it was shown that the three large companies obtained between January and June 8,568 million euros in retail income, 200 million less than during the first half of last year in full confinement, and 1,000 million less than in 2019, before the pandemic . Only the wholesale business, the services they provide to those low-cost operators that pressure them on prices, manage to cushion part of this drop.

The problem of income is a constant throughout the European continent and the heat of this concentration has spread not only in Spain, but in other countries. For example, one of MásMóvil’s shareholders and Telefónica’s partner in certain businesses, KKR, announced a few weeks ago a takeover bid for Telecom Italia, one of the large European companies. This translated into increases in the stock market of all the major operators of the old continent, before the confidence of investors that operations of this type would be reproduced in other countries.

Some investment banks and management companies have begun to bet on telecommunications companies in the Stock Market, after years in which they were the securities most affected by their large debts and their low profitability. This is the case of JPMorgan, one of the largest financial institutions in the world, which this week published a report in which it predicted the next year 2022 for telephone operators. However, it left out Telefónica. According to the investment bank, the existence of regulations that limit takeover bids in Spain for strategic sectors or the commercial war that exists in this market led to a lower valuation for the Spanish group than it currently has, as reported by Expansión.