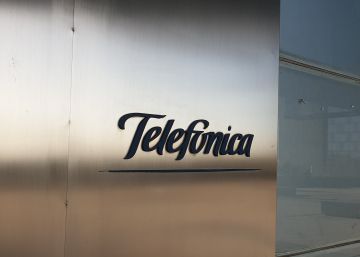 Telefónica has estimated at 1,552 million euros the cumulative positive impact that the tax deductions that have been applied between 2004 and the end of 2019 for the purchase of foreign companies have had in its accounts. Some deductions that have been questioned by the European Commission that considers them illegal State aid and that they are pending several judgments of the European High Court of Justice. The Treasury also claims part of these deductions although it has never detailed the file that is being followed against the operator for this cause.

These are the deductions applied in the corresponding corporate tax settlements between 2004 and 2019 for the amortization of goodwill (difference between the price paid by a company and its book value) from its investments in the purchase of the British O2, Latin American operators BellSouth and Colombia Telecom (prior to December 21, 2007) and Brazil’s Vivo (acquired in 2010), as stated in the 2019 annual financial report that the operator has registered with the CNMV along with its results .

Under the Government of José María Aznar, an article was introduced on January 1, 2002, which regulated the possibility that Spanish companies would deduct taxally the amortization of the financial goodwill generated in the acquisition of foreign companies, which could be amortized fiscally in 20 years , at a rate of 5% per year. However, in 2011 and 2013 this rule was modified, and the amount of the amortization of the goodwill tax deductible from corporate tax was reduced from 5% to 1% for the years 2011 to 2015. The effect of the measure was temporary , because companies were allowed to recover 4% unpaid for 5 years (20% in total) by extending the deduction period from the initial 20 years to 25 years.

In relation to this tax incentive, the European Commission has opened three files against the Spanish State in recent years, considering that this tax benefit could constitute State aid. Although the Commission itself recognized the validity of the tax incentive for those investors who made their investments in European companies prior to December 21, 2007 in the first decision and to May 21, 2011 in the second decision for investments in other countries, in The third of the files, completed on October 15, 2014, calls into question the applicability of the principle of legitimate confidence in the application of the incentive for indirect acquisitions, whatever the date of acquisition, according to Telefónica in its report. annual.

The operator also remembers that there are doubts in the Spanish courts about the qualification of the incentive as a deduction and its maintenance in the case of subsequent transmission.

Telefónica notes that, as of the formulation of the 2019 annual accounts, all three decisions remain pending a final resolution. The first two were initially annulled by two judgments of the General Court of the European Union, subsequently appealed in cassation by the European Commission before the Court of Justice of the European Union and sent again to the General Court, in December 2016, which resolved the November 15, 2018, confirming the applicability of legitimate trust, declaring, however, goodwill as a state aid incompatible with the internal market. This last sentence has been appealed to the Court of Justice. In turn, the third decision is still pending judgment in the first instance.

The tax deductions questioned by the European Commission also affect other Spanish multinationals such as Santander, Iberdrola, Abertis and the Spanish subsidiary of the French insurer AXA.

Lawsuit with the Treasury

Although these deductions were approved under the previous governments of PP and PSOE, the current Pedro Sánchez cabinet reactivated the case and, based on the decision of the European Commission, the Treasury now demands the return of those deductions to the company presided by José María Álvarez-Pallete.

This is reflected in the report that states that the Tax Agency recovered in March 2019 the amortization of goodwill for the indirect acquisition of participations in non-resident companies from 2005 to 2015, and in November of the same year it has initiated the procedure of recovery from 2016 to 2018.

The report does not detail the amount returned by the company to the Treasury, merely stating that the result of the liquidation, once offset tax credits pending to be applied by the group (negative tax bases and deductions) has resulted in a payment of 1.4 million dollars. Euros The effective recovery of these grants is provisional, pending the final results of the appeals filed against the three decisions.

Likewise, the document sent to the CNMV clarifies that, notwithstanding that the company understands that the principle of legitimate confidence in relation to this tax incentive applies, the group has decided to continue providing the amount amortized fiscally in relation to goodwill. for the purchase of some companies, mainly Vivo, for a total of 352 million euros as of December 31, 2019.