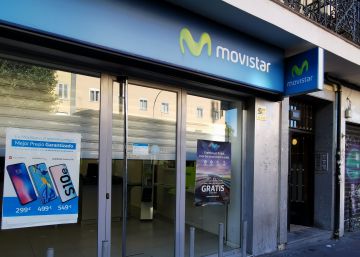 Telefónica has decided to eliminate since this September the commitments of permanence in all its Movistar Fusión products for the residential segment, both in new registrations and for existing customers.

This absence of the commitment of permanence is already included since the beginning of its operations in the commercial offer of fiber and mobile of O2, the low cost subsidiary of Telefónica.

The company has indicated that it thus becomes the only operator that does not require its customers from any of its brands commitment to remain in the company without wishing to, according to the company.

According to the company, it already marked a "milestone" in 2013 with the end of the permanence in its mobile rates for, two years later, in 2015, also to eliminate some stays of Movistar Fusión TV. Now, the road is completed and these commitments disappear completely.

The president of Telefónica Spain, Emilio Gayo, stressed that Movistar once again "changes the rules of the game" and takes the first step for its customers to choose Movistar for the quality and variety of its services, "in a free and without feeling or being trapped by permanence that forces an operator to continue if what they want is to change to another. "

"O2 was born a year ago without that commitment and now it is Movistar that makes the mark again among the main operators. Customers have to be free to choose. Companies can develop recruitment initiatives, but at Telefónica we think we should not take advantage of them to retain customers when they want to take another one, ”said Gayo.

Argentina places debt in the domestic market for 501 million dollars

COVID-19 sinks US car sales in the first trimester