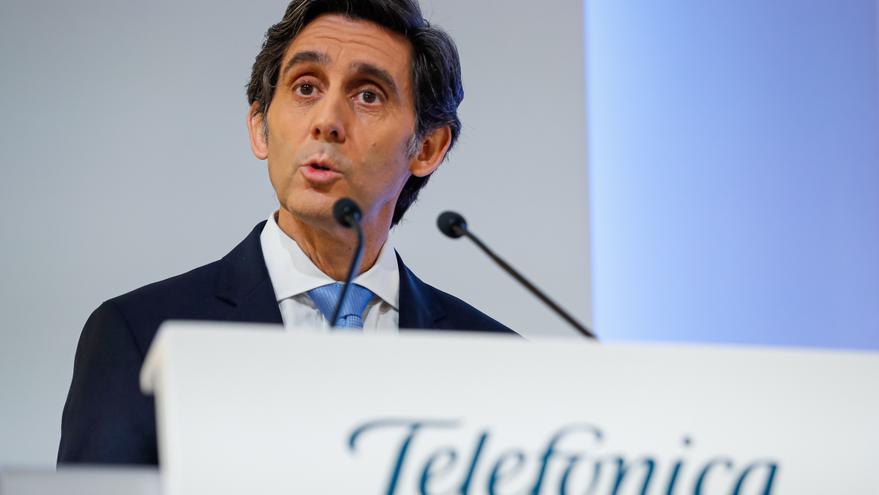 Telefónica obtained a profit of 886 million euros in the first three months of the year, which means doubling (118%) the level reached in the first quarter of last year. The telecommunications company has managed to accelerate its results despite the fact that in this period its revenues have fallen by 9%, to 10,340 million euros, falling in all its markets except in Germany, where it barely grew by 0.2%.

The company blames this fact, shooting its profits despite reducing revenues, to the fact that it has had a lesser impact from the effects of the pandemic and the exchange rate problems that traditionally weigh down Telefónica’s results, especially in South America. The group celebrates that it has cut debt by 6%, Telefónica’s main pending task that has weighed down its presence on the stock market in recent years and has focused the management of José María Álvarez Pallete, to 35,796 million euros. The company expects a further cut this quarter, due to the merger of its business in the United Kingdom or the sale of its telecommunications towers.

With regard to Spain, Telefónica has obtained revenues of 3,050 million euros, which is 0.9% less than last year. If the impact of the sale of terminals is eliminated, the fall is greater, with 1.5%. Operating profit before amortization (Oibda) was 1,194 million euros, 2.5% less in reported terms and 4.6% less in organic terms when compared to the results from January to March 2020.

During the first quarter of the year, Telefónica lost 2% of the customers it had in the same period of last year, up to 37.1 million “accesses”. Among its different services, only its fiber network goes up, with 6% more customers than a year ago.

Not even television wins customers. The number of households with pay TV has fallen by 3.4% compared to the first quarter of last year and falls below the 4 million barrier. With this, customers with several packaged products have declined in the first three months of the year, although the company attributes this to the departure of those customers of lower value. These service packages contribute an average of 89.7 euros per month to Telefónica. The company highlights the growth of clients, 26%, with its alarm business.