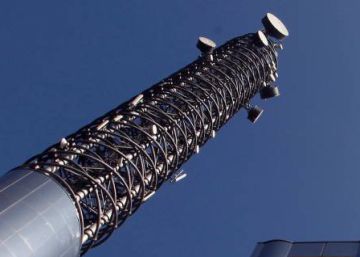 Telefónica Brasil has stepped on the accelerator in the deployment of fiber optics to the home (FTTH). In the last two years, the number of cities it reaches with this technology has more than doubled, from 100 in September 2018 to 254 cities and municipalities in the country today. The last of them, this month, was Pinhais, in the metropolitan region of Curitiba, Campo Largo Penápolis, Tietê, Boiçucanga and Marialva.

In this way, and despite the extraordinary moment that is being experienced by the Covid-19 pandemic, the teleco continues on the path that was set two years ago, to reach the 14 million homes passed with FTTH at the end of 2020.

Currently, only 20% of households (with address) in Brazil have high-speed broadband, which implies a huge opportunity in terms of fiber expansion in Brazil. Furthermore, the social isolation and popularization of telecommuting from home during the worst months of the pandemic has made it clear that quality connectivity has become essential.

Of course, on the other side of the Atlantic, the deployment is based both on the use of equity capital and on the implementation of alternative models to accelerate the expansion of technology and optimize investments. In Brazil, tier 1 cities and markets have been identified, which are addressed with their own deployments and investments.

In addition, there is a second group of cities, tier 2, where alternative models are sought, such as agreements with third parties. That would be the case of the agreement that, for example, was reached in 2019 with American Tower to deploy fiber in more than 40 cities in Minas Gerais, with the goal of reaching 800,000 homes in three years. With this model, it has expanded fiber to 16 municipalities in that state so far in 2020; and additionally with Phoenix, in eight other cities of Espirito Santo, Goiás, Minas Gerais and Rio Grande do Sul.

In addition, Telefónica Brasil has a process underway to create a FiberCo, wholesaler, neutral and independent, in which it will give entry to investment partners. This model is also being used by the teleco in Germany.

There is also a third group of cities and areas, which is approached through a franchise model, hand in hand with Terra, in which the investment comes from local partners, and Telefónica provides the technology, through a model of income sharing business.

New generation infrastructures are key for Telefónica in Brazil, one of the group’s four strategic markets, along with Spain, Germany and the United Kingdom. The evolution of the fiber will be one of the points of attention for investors in the presentation of the results of the third quarter, which will take place this Wednesday.

Telefónica Brasil’s fiber optic revenues already represent 47.8% of the company’s total broadband business volume, which increased 6.7% in the second quarter of the year. In addition, fiber to the home is driving the growth of Internet television, which, between April and June, registered a 22.3% increase in revenues and a 24.3% increase in accesses.