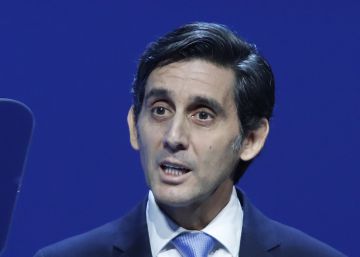 Telefónica continues to take steps in the process of divesting non-strategic assets to reduce debt and expand financial flexibility. The operator has confirmed the sale of 658 mobile telephone towers in Peru for a total amount of 262.7 million soles (about 70 million euros).

In a relevant event sent to the Lima Stock Exchange, the company notes that the accounting surplus of the operation is 83.6 million soles (about 22.3 million euros). The operator explains that the sale is complemented by a framework contract of usufruct in infrastructures that will allow Telefónica to continue occupying spaces in these telecommunication towers. The expense associated with the payment of the usufruct until the end of the year will be 10.7 million soles.

Of course, the divestments will not end there. Telefónica points out that the sale of towers is part of the review and eventual release of assets that are not part of the business core. The company notes that this process has been undertaken to improve the position, liquidity and optimization of the return on capital. The aforementioned improvement in return on capital has been one of the pillars of the company's strategy throughout recent times.

Telefónica, which in the aforementioned agreement in Peru provides for the transfer of a total of 833 towers (the buyer, according to market sources, is Telxius, infrastructure subsidiary of the teleco itself, also owned by Pontegadea and KKR), remember that it is pending to close the sale of the data centers, announced last May, and open the door to the sale of the company's properties.

The truth is that Telefonica has maintained an intense activity in the divestments since January, with operations that together are around 2,200 million euros. Among other movements, it sold its subsidiaries in Central America to América Móvil and Millicom, with a debt reduction for the operator of 1,400 million. The departure of some of these companies have already been closed and others are pending approval from the competition authorities.

In addition, in May it signed an agreement for the sale of 11 data centers in seven countries to the Asterion Industrial Partners manager, for around 550 million euros. At the same time, the operator closed the sale of the Spanish insurer Antares to Grupo Catalana Occidente for 90 million euros.

With these operations, together with cash generation, the company has accelerated the process of reducing its leverage. At the end of March, Telefónica's net debt stood at 40,381 million euros, 5.7% less in year-on-year terms.

The company, which accumulates eight consecutive quarters in debt reduction, said that by including operations announced after the close of the first quarter, the debt would be reduced by 1,700 million, to stand at 38,700 million. Telefónica will update the amount of debt in the second quarter results, which will be presented on July 25.

On the other hand, the company reported that Telefonica del Peru conferred a loan to Telfisa Global BV, the group's financial subsidiary, for an amount of 144 million dollars (about 127 million euros), until December 23, 2019, renewable, with an annual interest rate of 2.55%. According to the teleco, the loan has been made under market conditions.

Obstacle. Telefónica and its unions met yesterday again in the process of negotiating the new agreement of related companies (CEV) for its three large subsidiaries in Spain. In a statement, UGT said it shared with the company's representation the positive assessment of the first CEV, by homogenizing the working conditions of Telefónica España, Móviles y Soluciones. However, the union warned that "the need to evolve in the professional classification cited by the company will be an obstacle to negotiation."

Proposal. UGT has proposed that the company promote training among the workforce as a way to guarantee employment and work residence. "UGT proposes putting the center of the company's strategy in people, and in particular, in their professional development through training under the preparation of an individual training itinerary that allows each worker to know what training he has to receive both for their professional adaptation and to be able to choose new jobs, "said the union.