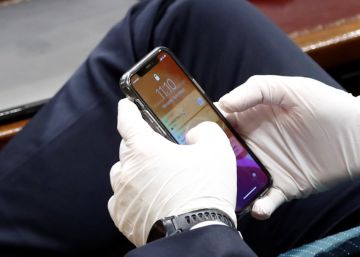 The Spanish operators have been put on guard and have mobilized around 18,000 people, including technicians and professionals from the different areas, for the care and maintenance of the networks. Its infrastructures have received the criticism, after the declaration of the state of alarm, to face the Covid-19 coronavirus, while the services are essential for teleworking in companies and organizations, and the leisure of the millions of people confined in their houses.

The telephones showed their commitment to an agreement with the Government, signed last Friday, to strengthen connectivity guarantees.

Telefónica, for example, has about 7,000 people on the street on the move, including plant technicians, maintenance workers and repair teams, among others. As they explain from the teleco, a series of guidelines have been set for a common action with collaborating companies with field forces. The priority is in all activities aimed at ensuring communications in the country: 100% of field activities aimed at maintaining the network of power plants, mobile base stations, on the ground floor and in the premises of the customers. The group has prioritized the provision of activities to provide new broadband connections that facilitate teleworking and help house connectivity.

On the contrary, Telefónica has temporarily de-prioritized network transformation activities, such as the shutdown of copper, as well as the suspension of portabilities, except for a major cause, as established by the Government.

Orange has set up a team with more than 5,500 people, including internal and external personnel, necessary to maintain the quality of the network. The firm has external platforms with which it collaborates, and internal platforms, of which 95 %% of employees are working from home. One of the milestones achieved by Orange has been the transfer to its homes of the nearly 2,000 employees of its call center so they can continue working from there, in a few days.

The company has its own stores and distributors, with staff for minimum services, as well as employees who manage the most critical part of the network or television services from their centers. From the teleco it is explained that, removing 50 dedicated people from the critical management of the network, the majority of central office employees are working from home.

Vodafone, in turn, has assembled a team with about 4,300 people, including employees and external personnel, whose fundamental tasks are focused on keeping the network stable and prepared at all times to absorb the demand for data traffic that is being generated by these days. Vodafone has more than 400 people in the engineering and operations teams, with more than 300 people in the regional teams, to give a first-hand response to any problem that arises. Since the partners, has more than 1,500 people in the field to attend to problems at the clients’ facilities. The technical support area has more than 100 internal professionals, and external support with more than 2,000 people dedicated to collecting and managing individual or massive incidents that could impact customers.

MásMóvil has more than 700 people, including direct and external employees, to maintain the network. Company sources explain that among its tasks are the expansion of voice and data network capacity, in order to handle the increase in traffic. Similarly, work is being done on adapting corporate systems and networks for teleworking with the main focus on service stability.

In this line, Cellnex has more than 400 engineers dedicated to critical tasks. Around 200 are in the Barcelona and Madrid operations control centers, which can be replicated one on top of the other in real time in case of problems, and even each of these operators has the ability to work remotely. The company has another 200 employees deployed throughout the territory, both to attend incidents in the voice and data segment and on television. These people, in the event of an aggravation of the crisis and the extension of restrictions in the state of alarm, would be empowered to move around the territory, like the state security forces or emergencies, when attending essential services.

Cellnex also has personnel in areas considered semi-critical, with tasks such as ensuring the availability of DTT equipment, which in the current situation of confinement has increased audience ratings.

Key personnel. In general terms, the work of the operators’ personnel is key to the maintenance of the telecommunications networks, considered critical in the current state of alarm declared in Spain, to face the health crisis caused by the Covid-19 coronavirus. Networks are vital for teleworking, to which thousands of companies, organizations and public administrations have been forced; for the leisure at home of the millions of people confined to their homes, and of course, for the vital emergency services.

Risk. From the operators, it is indicated that a good part of this staff is exposing itself to ensure an essential service, as are the workers in supermarkets and other areas that are kept open.

United Kingdom. Telecos are working with effort to avoid problems of collapses or falls in the networks, as happened last Tuesday in the United Kingdom, which affected millions of people across the country, at a time when the wave of telework was still starting. in many companies, organizations and public administrations. In this sense, Spain clearly leads the United Kingdom and other large European countries such as France, Italy and Germany in the deployment of fiber optics to the home.