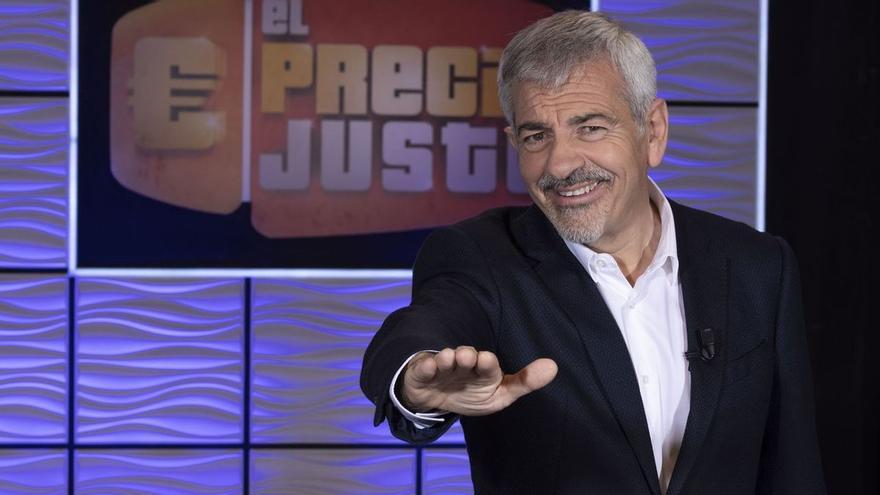 Telecinco has already made its plans official with ‘The fair price’. Starting next week, the contest presented by Carlos Sobera It will be broadcast daily from eight in the afternoon, that is, covering the gap of ‘Save me tomato’ and competing directly against the titan ‘Pasapalabra’ on Antenna 3.

Through a promotion, the chain has announced that the contest, which premiered two weeks ago in prime time on Monday, will have this daily edition. In this way, Telecinco once again has a daily contest on its grill after the abrupt goodbye of ‘Pasapalabra’ and the fleeting disappearance of ‘El tirón’ coinciding with the beginning of the State of Alarm last year.

Therefore, after more than a year opening the news program, ‘Save me’ returns to its usual duration of four hours and runs out of its ‘tomato’ edition, which inevitably came to fill the gap that was left in the strip. Since the arrival of ‘Pasapalabra’ to Antena 3, ‘Save me’ has been unable to cope with the contest, that was growing little by little until sometimes obtaining up to ten points.

It remains to be seen if ‘The fair price’ improves or worsens the data for ‘Save me’ as the opening act for Pedro Piqueras’ newscast. At the moment, the new version of the mythical gameshow in prime time has been settled with a 17.1% and 2,123,000 spectators and with a 14.8% and 1,873,000Figures quite far from what ‘Pasapalabra’ does from eight to nine. The chain also maintains, for now, the edition in prime time, so there will be double delivery on Mondays.