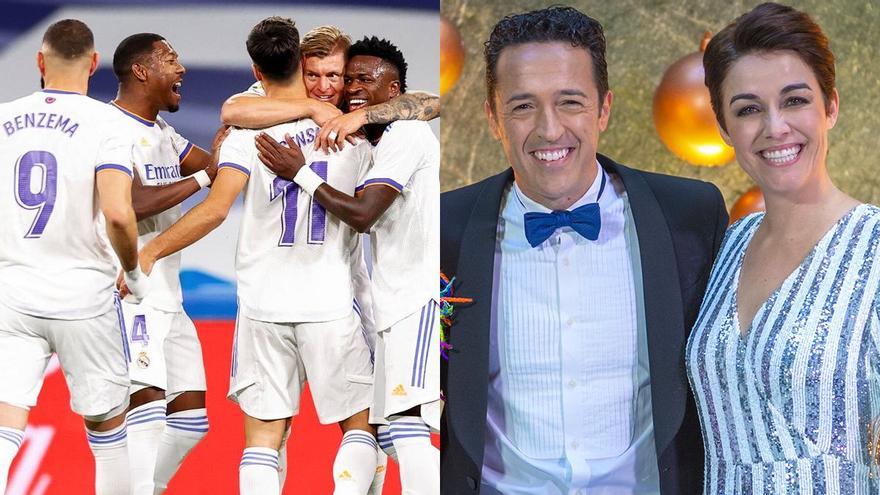 The sixteenth of final of the Copa del Rey and Mediaset will offer two of the most anticipated matches: the debuts of Real Madrid and Atlético de Madrid. This Wednesday, starting at 9:30 p.m. on Telecinco, Madrid will face CD Alcoyano, the team that took them out of the competition last year and that in this edition has already left another First Division team out: the Levante UD. Luck has given the white team their chance for revenge in a match that will feature the narration of Manu Carreño, with comments from Kiko Narváez and Fernando Morientes and with Ricardo Reyes on the field.

Movie night as an alternative to football

The 1 modifies its afternoon schedule to broadcast the Three Kings Parade (6:30 pm), with Jacob Petrus and Marta Solano leading the broadcast. At night, public television bets on the movie 'A ten meter trip' (10:40 pm). The Kadam, an Indian family headed by Papa (Om Puri), move to the south of France. There they decide to open a restaurant opposite a luxurious French haute cuisine restaurant with a Michelin star, run by the obnoxious Madame Mallory (Helen Mirren).

'Compulsive Scammers', with Anne Hathaway and Rebel Wilson, It is the Antena 3 movie for prime time (10:45 pm). Two women, a seductive and sophisticated upper class British woman, and a fun less classy Australian girl, decide to team up to dupe the men. Specifically, his victim will be an innocent millionaire in the South of France. Despite their completely different methods, the two will join forces to achieve their goals.

Movie night also on laSexta with the film 'Red de mentiras', Directed by Ridley Scott and starring Leonardo DiCaprio and Russell Crowe. Roger Ferris works for the CIA in Jordan, where he is dedicated to searching for terrorist cells that may pose a danger to the United States and its allies. However, when he tries to kill a possible terrorist, against whom he has no solid evidence, his girlfriend will end up being kidnapped and Roger will have to decide who he is more loyal to.

Idris Elba and Kate Winslet lead the cast of 'The Mountain Among Us', the movie that Cuatro broadcasts at 10:50 p.m. Dr. Ben Bass and photojournalist Alex Martin are two strangers who have decided to share a private trip, and who will be forced to trust each other to survive after suffering a plane crash in the mountains of Colorado.