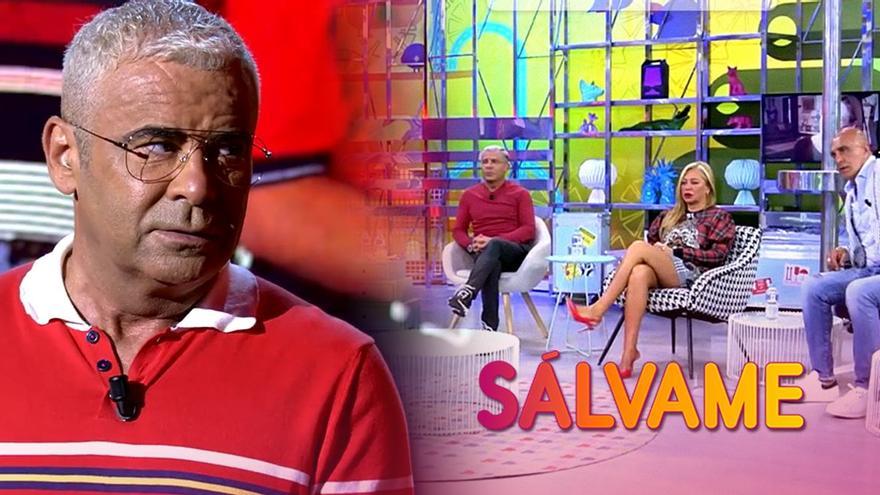 'Save me' going through the worst moment in its history. What at first seemed like a temporary crisis, due to the usual lack of content during the summer months, is beginning to be a real headache for those responsible for the program. During the first days of 2022, the evening format of Telecinco is signing much lower audience data to those who got in previous seasons.

This situation worries the chain's management, which has asked the leadership of La Fábrica de la Tele to make changes to the program, as YOTELE has learned exclusively. According to the information to which this portal has had access, currently they are working on a 'reformatting' of the space with the creation of new content that can attract attention and attract again the public that is now opting for the offers of other chains.

'Tierra Amarga' takes over the leadership

This decision is motivated by the poor performance of the program during the second half of 2021, and more specifically, during the month of December and the first days of January. This Monday, after the Christmas holidays and with the routine back in our lives, the 'Limón' edition scored a 12.2% audience share with 1.4 million viewers, while 'Amar es para siempre' 12.8% registered with more than 1.3 million faithful on Antena 3.

'Sálvame Naranja' registered a 14.9% share and attracted a million and a half viewers as of 5:00 p.m. For its part, the series 'Tierra Amarga' gave a new joy to Antena 3 in the strip from 6:00 p.m. to 7:00 p.m., beating his rival with an average of 16.2% and 1.6 million followers. It should be noted that Turkish fiction has established itself in the afternoons of the Atresmedia channel and usually leads over its competitor. In fact, in January it has won the Telecinco space every day.

One of the most worrying data came this Tuesday, January 11. With Paz Padilla in front, the main section of 'Sálvame' sank to 12.9% screen share, remaining slightly below the daily average of Telecinco (13%). Some numbers similar to those he has harvested in the Christmas period. On December 28 it scored 12.5% ​​and on January 5 it convinced 12.1%, three points below Antena 3's offer.

'Save me' loses several points in just one year

These results contrast with the large audiences it reached during the first quarter of 2021. In that period easily exceeded the 17% barrier, some numbers that rose even more in spring due to the pull of the docuserie 'Rocío: telling the truth to stay alive'.

The program began to show symptoms of wear and tear in summer, with discrete audiences but initially associated with the usual lack of topics in the summer months. However, the alarms began to sound from September. While the Turkish series of Antena 3 kept its data, around 16% of screen share, Jorge Javier's program was still unremarkable and far from the leadership he has held for years. With this panorama, 'Save me' will try to reinvent itself to return to its golden age.