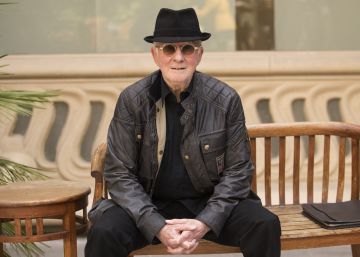 Three months after his arrival at the dome of the General Society of Publishers and Authors (SGAE), Edward Teddy Baptist He has resigned at the extraordinary session of the Board of Directors this Thursday. On the agenda, in fact, there was another issue: the vote to change the vice president of the College of Small Law. That position has left Teo Cardalda, who came a year ago as the most voted candidate (6,335 votes) in the last Elections held in the entity. Its place will be taken by Inma Serrano, as agreed by the group of musicians themselves, from whom the entity's deontological commission reported its incompatibility: more than 90% of its turnover comes from early morning music, in which it dominates the so-called "wheel", an alleged millionaire plot between partners of the entity and television executives who investigates justice.

The operation of the change of responsibility in the Board of Directors of the school with more representatives has ended with the resignation of Baptist. The former president sought the position in question, but his candidacy would not have obtained more than six votes in favor, according to this newspaper several members of the body. Bautista was the ninth most voted candidate among composers of musical works in the October 2018 Elections and stayed out of the board of directors. But on July 25 he returned to the dome of society, after the resignation of the bassist and composer Fernando Illán, which made the position run. Eight years after being arrested he returned to the palace of Longoria.

The environment closest to Baptist – this newspaper has tried unsuccessfully to obtain its version – offers a very different interpretation. He maintains that the president, Pilar Jurado, has allied himself with "the votes of the wheel", and that is why Bautista resigns and other executives plan to follow him, as resigned as outraged. Proof of this, they say, is precisely the change in the vice presidency in favor of Serrano, as well as the renewal of the Board of Directors – the other governing body -, with a greater representation of the wheel.

So much so that the composer José de Eusebio, another member of the board, presented an official petition to the president to include in the meeting's agenda the discussion of a motion of censure against him and the election of a new president. The name of Baptist always sounded as a possible substitute for Jury, but the motion has not prospered either: he needed 18 signatures, but he has only got eight components in his favor. In this way, Jury is reinforced in his position at the same time that Baptist departs. All this, in a few weeks convulsive for the SGAE, after the filtration of the names of great filmmakers such as Pedro Almodóvar or J. A. Bayona who have decided to leave the entity in 2019.

Bautista is still pending to face the civil lawsuit in which the SGAE itself is personified. In September 2018, the SGAE withdrew as a private accusation against Bautista in the trial of the SAGA case, which began on July 1, 2011. But the SGAE maintains its presence as an injured party in the procedure to demand the “civil and patrimonial” responsibilities that derive from it.